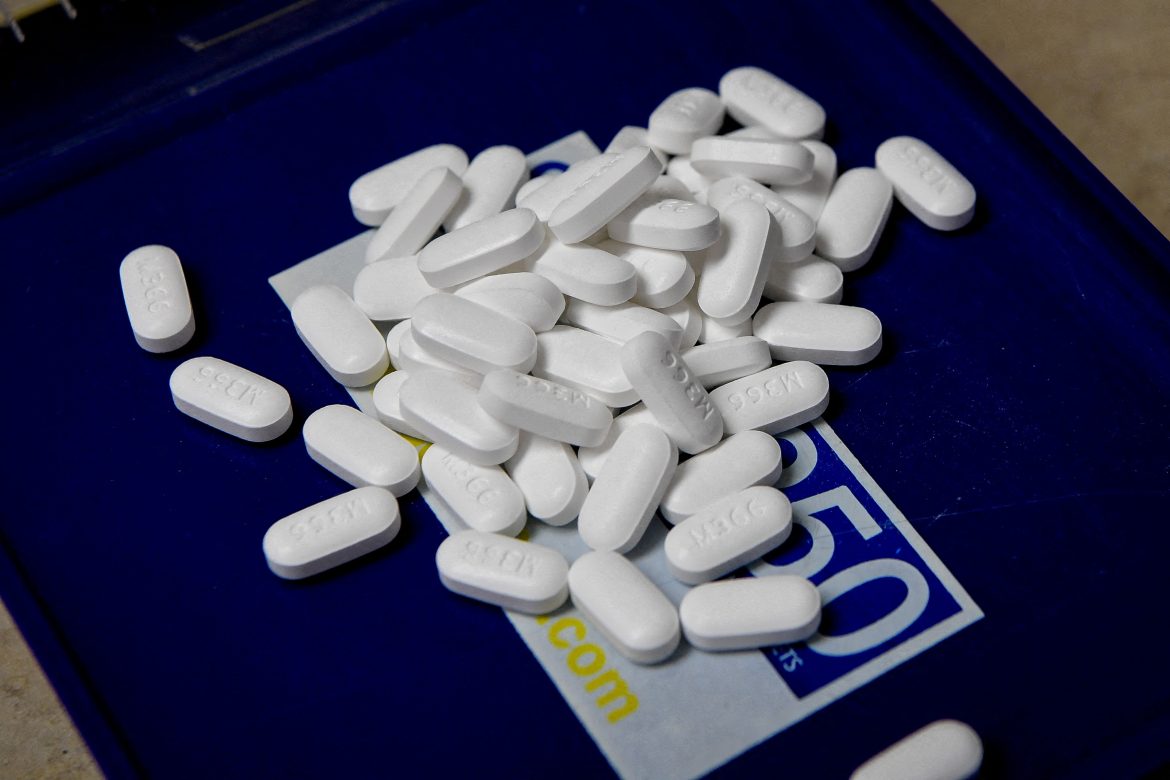 Teva Pharmaceutical Industries on Tuesday announced a $4.35 billion proposed nationwide settlement that could resolve thousands of lawsuits over the drugmaker’s alleged role in the U.S. opioid epidemic.

The proposal calls for Teva to pay state and local governments up to $3.7 billion in cash over 13 years plus a contribution of $1.2 billion worth of the opioid overdose reversal drug naloxone. Israel-based Teva also will pay approximately $100 million to Native American tribes and pay attorneys fees incurred by the states, local governments, and tribes.

Teva‘s proposed settlement would allow state and local governments to opt for additional cash in lieu of an allotment of the overdose medication, at a value of 20% of the drug’s list price.

The settlement’s cash portion is higher than Teva‘s chief executive suggested in May. CEO Kare Schultz told analysts at the time that he expected the company to pay around $2.6 billion in cash and medicine to reach a nationwide settlement.

The proposed settlement comes as Teva‘s New York-traded shares have fallen 11% so far this year under a cloud of uncertainty over an opioid settlement.

Teva, which still has net debt of some $20 billion, had sought a deal featuring less cash and more medicines, but some states and counties were opposed, questioning the value of the medicine, produced far more cheaply than the prices used in the settlement agreements.

Iowa Attorney General Tom Miller, a lead negotiator for the states, called it “another major step in addressing the opioids crisis.”

“We expect these funds to make a significant difference in preventing fatal overdoses and treating opioid addiction disorder,” Miller said.

Teva‘s settlement is contingent on separate settlements by AbbVie’s Allergan unit. Teva acquired Allergan’s generic drugs business in 2016. For the Teva deal to take effect, Allergan must reach its own nationwide opioid settlement, and the two companies must settle a dispute over the amount Allergan owes Teva for claims filed prior to the 2016 sale. Allergan did not immediately respond to a request for comment.

The Teva settlement will not be finalized unless a sufficient number of state and local governments agree to accept the terms. Teva has already agreed to settlements with West Virginia, Texas, Florida, Rhode Island, and Louisiana, and the value of those will be included in the proposed $3.05 billion cash payout.

The state of New York will not participate in the settlement, and continues to seek a judgment against Teva. A New York jury found the company responsible for the state’s opioid crisis in December.

U.S. states, cities, and counties filed more than 3,000 lawsuits against opioid manufacturers, distributors, and pharmacies, accusing them of downplaying their addiction risk and failing to stop pills from being diverted for illegal use.

The U.S. opioid crisis has caused more than 500,000 overdose deaths over the past two decades, including more than 80,000 in 2021 alone, according to government data.

The company’s insistence on including drugs as a major component of its opioid settlements has been a sticking point in past negotiations.

In 2019, Teva proposed to settle its nationwide opioid liability for $250 million in cash and $23 billion in contributed medicines. State and local governments rejected that offer.

Donald Trump at the center of controversial Democratic midterm strategy