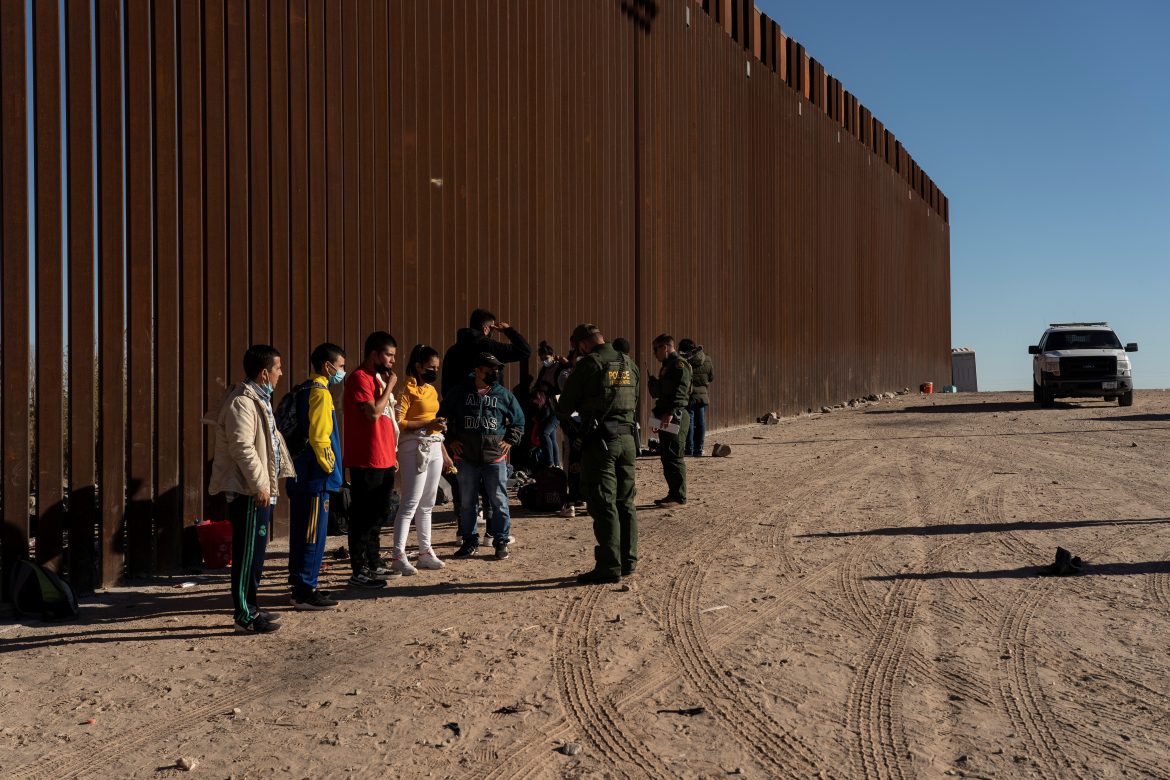 While U.S. states along the southern border brace for the end of one of the last lines of defense against the nation’s illegal immigration crisis in anticipation of Wednesday’s expected repeal of Title 42, Texas Gov. Greg Abbott on Sunday grimly predicted unprecedented “chaos” will ensue when the Trump-era migrant expulsion policy is lifted.

“If the courts do not intervene and put a halt to the removal of Title 42, it’s gonna be total chaos,” Abbott told ABC’s “This Week” co-anchor Martha Raddatz on Sunday.

With Title 42 expected to be lifted in a matter of days, Texas Gov. Greg Abbott said he anticipates catastrophe at the southern border. https://t.co/SiSHhXVM3I

Abbott met with the heads of the Texas Military Department and Department of Public Safety on Friday, members of his Operation Lone Star initiative, to discuss the state’s response to the anticipated deluge of foreign nationals seeking asylum in the U.S.

“While the federal government abandons its constitutional duty to defend America and secure the border, the State of Texas continues taking unprecedented action to deescalate and decrease the influx of dangerous criminals, illegal weapons, and deadly drugs like fentanyl into our country,” Abbott said at a briefing. He added that Operation Lone Star “will employ the best possible strategies to navigate the uncharted waters of President [Joe] Biden’s escalating border crisis.”

Abbott announced last week that Texas will resume construction of its border wall at the beginning of the year following successful negotiations with private landowners.

“It took months to negotiate with owners on the border for the right to build on their property,” Abbott said. “We now should be building more border wall all of next year.”

The briefing followed Abbott’s announcement that Texas began constructing a border wall on state land earlier this year to deal with the migrant surge and also installed container barriers along the Rio Grande River, among other actions.

“Texas continues working collaboratively with border communities, private landowners, and other stakeholders to build the Texas border wall and stem the flow of illegal immigration and transnational criminal activity into Texas,” Abbott said.

More than 333,000 foreign nationals have been apprehended by Texas state law enforcement officers since Operation Lone Star was launched in March 2021, resulting in 22,000 criminal arrests and more than 20,000 felony charges reported.

During the same time period, DPS officers have seized more than 354 million lethal doses of fentanyl, enough to kill everyone in the U.S. with plenty left over.

Texas also has bused thousands of foreign nationals to Democratic-led, self-declared migrant sanctuary cities, including more than 8,600 to Washington, D.C.; more than 4,200 to New York City; over 1,400 to Chicago; and nearly 400 to Philadelphia so far.

Gov. Abbott entered into unprecedented agreements with four Mexican governors earlier this year in an effort to reduce the influx of migrants across the southern border; however, the effort has reportedly been thwarted by nongovernmental organizations (NGOs) and pro-migrant groups who assist illegal border crossers as soon as they are released into the U.S. by border agents. Texas Attorney General Ken Paxton last week launched investigations into several of the organizations.

Abbott also asked Paxton’s office to investigate reports that the Mexican government is colluding with cartels and NGOs to transport people through Mexico to the Texas-Mexico border, where they are met by cartel scouts and so-called “coyotes” who direct them to specific points along the border.

Texas is part of a coalition of Republican-led states that have been fighting to keep the Trump-era COVID-19 health policy in place which allowed for the rapid expulsion of millions of migrants throughout the pandemic. The U.S. Court of Appeals for the District of Columbia Circuit on Friday denied the appeal to block the policy reversal.

The GOP states are planning to file an appeal to the U.S. Supreme Court Monday, Arizona Attorney General Mark Brnovich, one of the Republican officials seeking to keep Title 42 in effect, confirmed to ABC News.

At least 18,000 people are expected to illegally enter the U.S. per day once Title 42 is lifted, paving the way for a new migrant surge that will quickly surpass the record-shattering 2.7 million apprehensions reported by Customs and Border Patrol (CPB) agents in fiscal year 2022.

News of the looming Title 42 policy reversal has already resulted in a new surge of border crossings in the El Paso sector at the southern border as well as the northern sector, with even Vermont reporting unprecedented numbers of illegal crossings in recent days.

Oscar Leeser, the Democratic mayor of El Paso, declared a state of emergency over the crisis Saturday, citing an increase of thousands of migrant apprehensions per day amid reports about a growing number of asylum seekers sleeping on the city streets in cold nighttime temperatures.