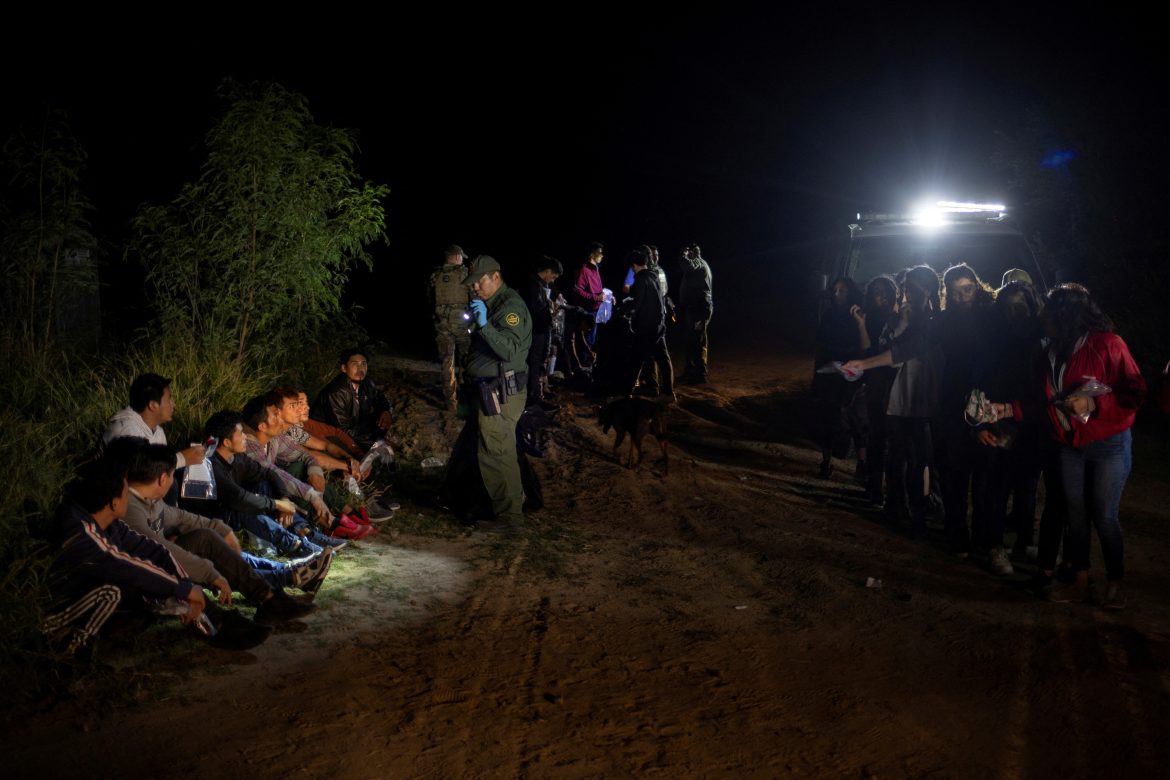 On Thursday, Texas Republicans released a border security plan aimed at fighting back against the Biden administration’s neglect of the southern border which they say has led to a local and national security crisis.

The plan consists of four specific initiatives which include finishing a physical border wall or barrier, closing loopholes in current border patrol policies, enforcing laws that would remove illegal aliens from the U.S., and targeting cartels and criminal organizations.

House Representatives Jodey Arrington, Dan Crenshaw, and Chip Roy were among 28 Texas Republicans who signed the plan, called ‘A Commitment to Secure the Border.”

The plan explained the urgent need for border security:

More than 4 million individuals have been encountered at our southern border since President Biden took office,. The Biden Administration has released between 1-2 million of these individuals into the interior, not including approximately 1 million ‘gotaways’ since the start of [fiscal year 2021]…Further, more than 24,000 lbs. of fentanyl have been seized since President Biden took office.”

One way in which the delegation intends to enhance border security involves boosting morale among Customs and Border Patrol agents in order to maintain and recruit them.

The document details how agents are often forced to navigate severely dilapidated roads, sometimes on foot, and spend much of their time processing people rather than patrolling. The plan looks to provide these officers with updated vehicles, a fuller staff for patrolling, and state-of-the-art communications capabilities.

Other points in the plan consist of installing stronger penalties for individuals involved in human trafficking and drug trafficking “especially for fentanyl,” ending certain “catch and release” policies, and “reform[ing] asylum and credible fear policies to end fraud and limit asylum to those with actual fear of persecution.”

According to the U.S. Customs and Border Patrol, in the month of October alone 231 pounds of cocaine, 7 pounds of fentanyl, and 180 pounds of methamphetamine were seized at border checkpoints. A large portion of the drugs flowing into the United States is coming from foreign drug cartels exploiting the weakness at the border.

Sentences for traffickers distributing the incredibly toxic drug, fentanyl, decreased from 74 months in 2018 to 61 months in 2020, lowering fears of getting caught.

The Republican plan aims to “strengthen penalties for drug trafficking…specifically for fentanyl.” It also looks to “designate cartels as terrorist or terrorist-equivalent organizations,” which would “allow the government to prosecute or deport every member, associate, and affiliate.”

When asked by a reporter why he wasn’t going to visit the border while visiting a semiconductor manufacturer in Arizona this week, Biden answered, “There are more important things going on. [The semiconductor company is] going to invest billions of dollars in a new enterprise.”

According to Fox News, “Biden has never visited the border despite thousands of illegal immigrants flooding into the country every day” but has made time for 59 visits to his home state of Delaware since he’s been in the White House.

Crenshaw, alongside the other signers of the plan, held a press conference to lay out their detailed plan, countering claims from Democrats that “Republicans have no plan, [only] political stunts,” while simultaneously calling out the Biden administration for not enforcing border laws nor caring about the plight of border patrol agents.

Rep. Crenshaw also pointed out Biden’s “eight public visits to get ice cream” to demonstrate where he believes the president’s priorities lie.

For too long the Biden Administration has refused to acknowledge the crisis they created. But in Texas, it’s something we bear the brunt of every day.

Democrats don’t have a plan.
Republicans do. pic.twitter.com/9aUHRWRB5n

“As migrants and fentanyl continue to pour over our southern border, the Biden Administration sits idly by and refuses to even acknowledge this devastating crisis,” Crenshaw stated. “Texas continues to bear the brunt of this mess, and Biden’s inaction speaks volumes. Come January 3rd, House Republicans will do everything in our power to secure our border and put an end to this national security crisis.”