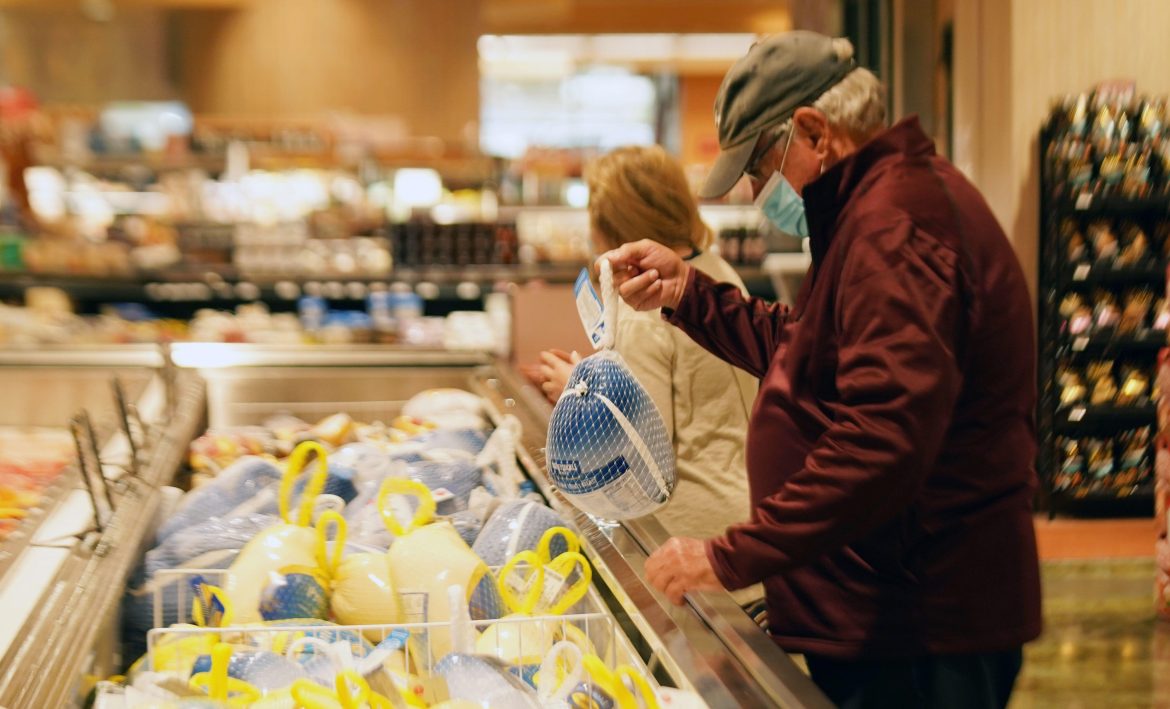 As record-high inflation continues to gobble up workers’ paychecks, two major supermarket chains are hoping deep discounts on turkey and all the trimmings will give their shoppers another reason to be thankful this holiday season.

According to CPG market researcher IRI, a traditional Thanksgiving meal is estimated to cost 13.5% more this year than it did in 2021.

“This year, consumers are planning further ahead for Thanksgiving than ever before, picking up staple items as they see promotions that fit within their budgets,” Alastair Steel, executive for IRI client engagement, said in a statement.

These savvy shoppers got a boost this week with announcements from Walmart and Aldi that they are rolling back the cost of traditional Thanksgiving fare to pre-inflation prices in an effort to give shoppers a much-needed break on this year’s family feast.

Walmart announced Thursday that it will be selling turkeys and other holiday staples at last year’s prices.

Turkeys will be sold for about 98 cents per pound. Wholesale turkey prices soared to $1.80 per pound last month, up 40 cents from the same time last year, according to the Department of Agriculture.

News of the pared-down poultry price was so well received by shoppers that the retail giant is struggling to keep up with demand; turkeys sold out online by press time, though Walmart reassured shoppers that it will keep restocking supplies. Consumers can also expect to see discounts on their favorite Thanksgiving sides like potatoes, rolls, cranberry sauce, stuffing mixes, and ready-made pumpkin pies.

Walmart’s Thanksgiving deals will run all the way through Christmas until Dec. 26, 2022.

Meanwhile, Aldi is offering up some retro retailing of its own, sending prices back to what they were in 2019, when Trump was in the White House, inflation was at 1.2%, and Harry and Meghan were still royals. The popular grocery chain announced a “Thanksgiving Price Rewind” this week, with discounts of up to 30% on wines, appetizers, desserts, and fresh rolls. Shoppers should be on the lookout for products tagged with a “rewind” sticker, according to a press release.

“Providing amazing products at the absolute lowest prices is what we’ve always done, and we know right now that’s more important than ever,” said Dave Rinaldo, president of ALDI U.S., in a statement. “We expect to welcome tens of millions of customers in our stores this Thanksgiving season, and we want them to know they can count on us.”

Meanwhile, today is the last day for BJ’s Wholesale Club members to snag a free Butterball turkey, available to members who make $150 worth of in-store or online purchases.

According to a recent poll, 1 in 4 Americans will be foregoing Thanksgiving celebrations this year due to budgetary restraints, while others have said they will be scaling back their Thanksgiving dinners to cut down on costs.

Despite this, Steel said that he still believes that the majority of Americans who have been struggling to make their dollars stretch will find a way to keep their holiday traditions and celebrations.

“Despite the significant impact of inflation, consumers are excited to return to pre-pandemic holiday celebrations, and many will be participating in the Thanksgiving holiday by purchasing the same amount of groceries as they typically do,” he said.