The Chosen season 3 release shatters expectations at the box office 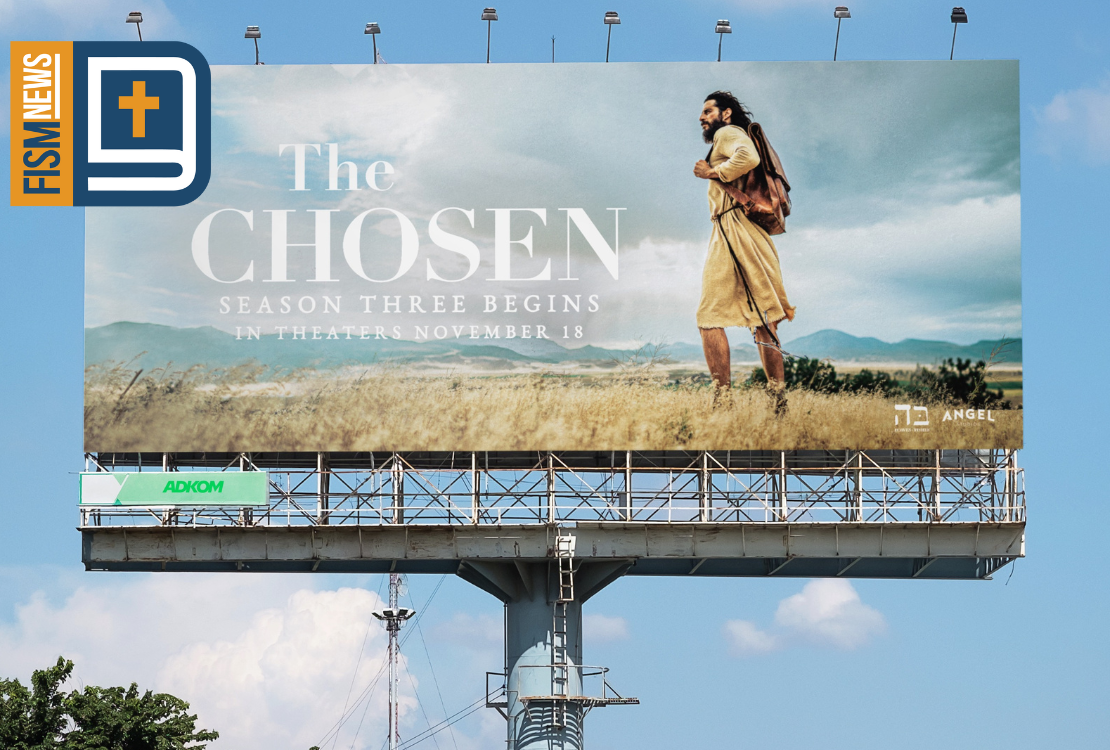 “The Chosen,” an inspirational crowd-funded series depicting the life and ministry of Jesus Christ and his disciples, is shattering box office expectations to the delight of Christians nationwide.

Following the release of the first two episodes of its third season in select theaters over the weekend, the Biblically-based production landed at #3 at the box office, bringing in an impressive $8.2 million. Only the latest Marvel release “Black Panther: Wakanda Forever” and the horror-comedy flick “The Menu” tallied more revenue, at $67 million and $9 million respectively.

Notably, “The Menu” barely beat out “The Chosen,” despite showing in roughly 1,200 more theaters nationwide.

The latest release was such a success that Variety magazine even admitted it was “impressive” and a “surprise success.”

It’s going to help expand the reach of the show. It’s going to get more attention for the show. … We’re shocking the industry. The theaters, distributors … are going to be far more interested in the future, which is really cool for the expansion of the show.

The success of The Chosen Season 3: Episode 1 & 2 is the perfect example of how innovative the event cinema business has become and how hungry audiences are for faith-based content.

Religion News Service (RNS) revealed that to date more than 420 million people have viewed the series, which is available for free online at Angel.com. Additionally, The Chosen has been translated into over 60 languages worldwide.

For Christians, there is much to be excited about the success of The Chosen. The free-to-stream series has, so far, accomplished a feat that is, sadly, rare in Christian media — depicting biblical events in an engaging and excellent way while simultaneously remaining faithful to the main message of scripture.

I want to use this report to highlight a vital aspect of the Christian life, but before I do I need to make a disclaimer. In no way is this analysis meant to diminish or criticize the work that the team at The Chosen has done to spread the gospel by telling the story of Jesus Christ.

I believe that God has used, and will continue to use, this production to spread the gospel to sinners and that the writers, producers, and actors have faithfully portrayed the life of Jesus for the ultimate purpose of making much of His Name.

With that in mind, heed this word of both encouragement and warning — Never allow anything – books, devotionals, television shows, music, or even fellowship with other beliers – to take the place of utmost importance that the Word of God should hold.

While it delights my heart to see sinners make a connection with Jonathan Roomie’s portrayal of Jesus, it is heartbreaking to realize that many of the same viewers have also rejected the true Jesus, found on the pages of God’s Word.

Many fans and critics of the show have expressed their fondness for the portrayal of Jesus in the show, and there is nothing wrong with that. But we must remember that the characters in The Chosen are meant to point people to the true historical figures found on the pages of sacred scripture.

As the disclaimer at the beginning of Season 1, Episode 1 reads:

…all biblical and historical context and any artistic imagination are designed to support the truth and intention of the Scriptures. Viewers are encouraged to read the gospels.

Believer, as you enjoy television shows like The Chosen, or Christian devotional books and theological resources, please take heed to never elevate these man-made things above the God-breathed Bible.

The worst thing a book can do for a Christian is to leave him with the impression that he has received from it anything really good; the best it can do is to point the way to the Good he is seeking. The function of a good book is to stand like a signpost directing the reader toward the Truth and the Life.

Similarly, another great theologian, Charles Spurgeon, said during his ministry:

Visit many good books, but live in the Bible.

As “relatable” or “inspiring” as the Jesus of The Chosen is, He is not the real Jesus. The real Jesus, Lord of heaven and earth, is perfectly portrayed for us on the page of God’s Word, where He truly walked this earth and lived and died and rose again in the first century AD.

Today, He is ruling and reigning victoriously in heaven, having completed the work He set out to do on earth. We eagerly wait every day for His triumphant return to earth, His second coming, where He will dwell with us, and we with Him, for eternity.