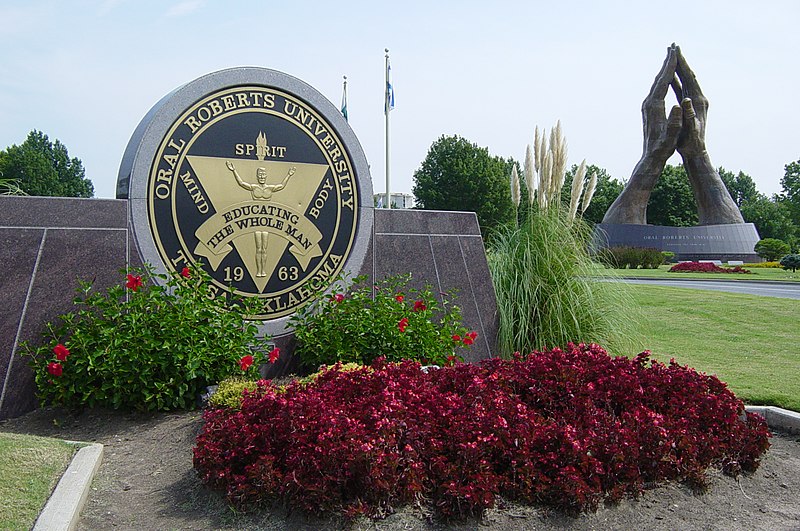 Everyone loves a good underdog story, especially in the NCAA March Madness Tournament.  In 2021, an underdog Christian college basketball team has overcome great odds to advance to the Sweet 16.  The 15th-seed Oral Roberts University, one of the smaller universities in the tournament, has caught the attention of the entire nation as the “Cinderella team” of the 2021 tournament.

ORU, an Oklahoma-based evangelical Christian institution named after 20th century televangelist Oral Roberts, defeated two college basketball powerhouses in the first weekend of tournament play. The Golden Eagles beat the mighty Ohio State Buckeyes in the Round of 64 to win its first tournament game since 1974.  In the Round of 32, they upset another perennial national championship contender, the Florida Gators, to advance to the Sweet 16.  Each game came down to the final seconds, and the Golden Eagles edged their opponent by only three points in both matchups.

The day before the victory against Florida, ORU redshirt junior Kevin Obanor gave thanks to Jesus for the opportunity to move deeper in the tournament:

I’m thankful to Jesus Christ for putting us in this position….We want it very bad. It’s bigger than us, just to leave a legacy behind for ORU. I’m just very eternally grateful and I just can’t wait to play tomorrow.

Obanor, a forward from Houston, Texas, led the Golden Eagles in the 2021 regular season with 25 blocks and finished second on the team with 213 rebounds.

Oral Roberts will tip off this Saturday, March 27, at 7:25 EST against another heavily favored opponent, the 3rd-seed University of Arkansas Razorbacks.  The winner of this game will advance to the Elite 8.

A Moment In History: Lottie Moon