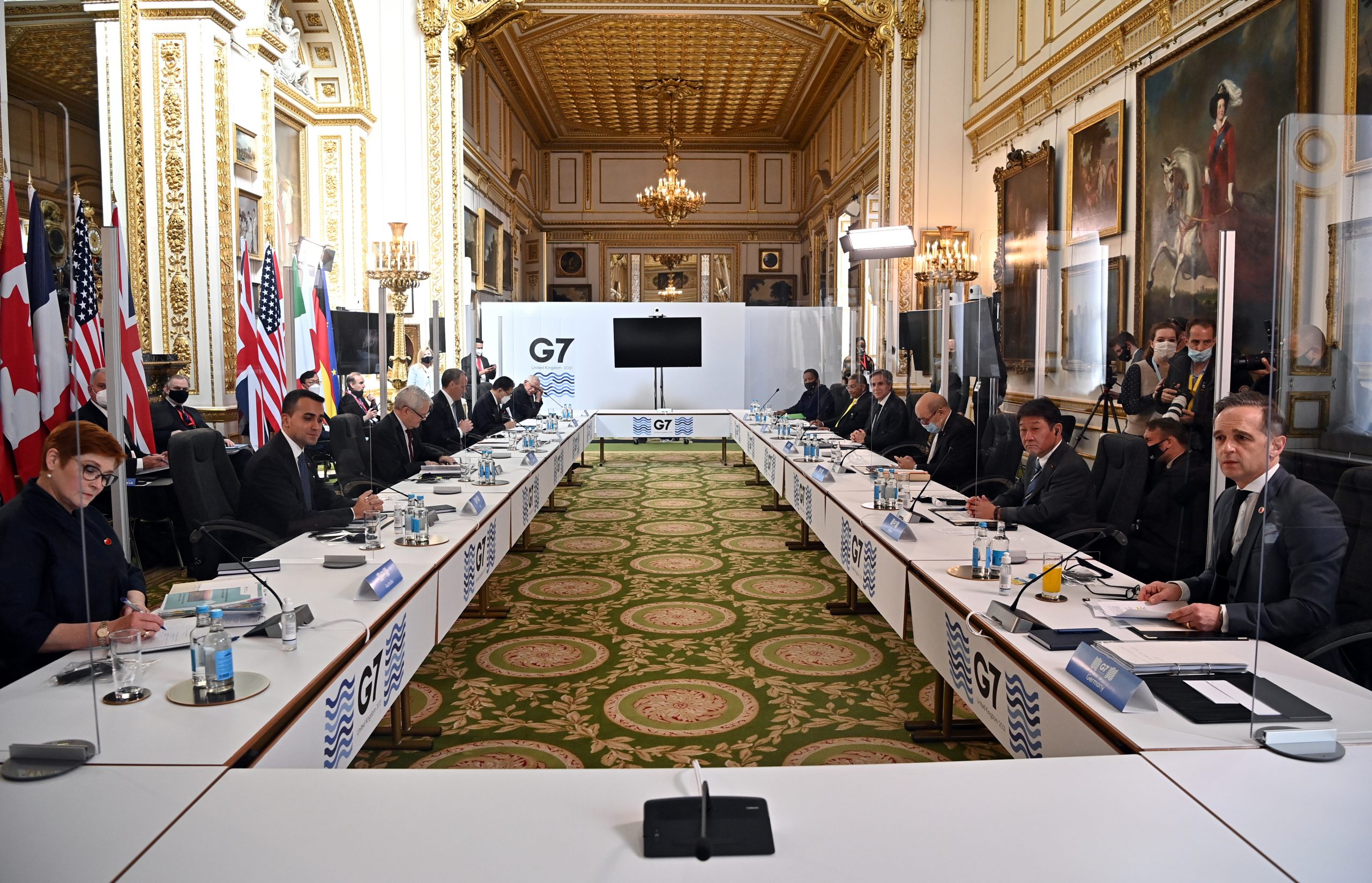 Foreign ministers from the Group of Seven Western democracies (G7) met Tuesday morning, May 4, for a summit that will probably extend into next week. I expect to see much more news about this G7 meeting. The seven largest economies in the world—Canada, France, Germany, Italy, Japan, the UK and the U.S. — have come together and are acting as self-appointed leaders of the globalist movement.

They are attempting to discuss the biggest threats from the East: Iran, China and Russia, the three countries that pose dramatic threats to the free world. What is most concerning about the next week is it’s going to be very difficult for the G7 to discuss the threat with any kind of conviction to fight against it. To be at all productive in this conversation, each party will have to put aside their political agenda and be willing to stand up for liberty. I don’t believe they’re quite ready to do that.

I don’t think they’re ready to start playing hard ball with these Eastern entities. To make any real progress, the representatives need to realize that gaining peace and security will mean embracing military might, strengthening NATO, and getting tough on China, Russia, and Iran. Coming to terms with that truth will be very hard for them to do since they are so comfortable right now standing back and accommodating the desires of these regimes, watching the threats continue to gain footholds in weak countries.

The leadership of the G7 is either too naive to analyze the true motives of these regimes or too arrogant to believe that these regimes want to harm to us. So many of these so-called leaders have taken the Obama approach to geopolitical relations, hoping that they’ll be able to apologize and love everyone into submission. G7 countries like France and Germany remain terrorized by the Eastern threats, and still, they take no action.

In 2016, the International Monetary Fund added China’s yuan to the list of reserved currencies, allowing it to be used in international transactions, though it met few of qualifications. This action was taken by Christine Lagarde, who is now the president of the European Central Bank, so we can pretty much guess as to where they stand.

It’s going to be very difficult for these G7 leaders to act in any Trumpian way. Supporting a missile defense system in Poland, for instance, would be extremely important. Taking up a commitment to not allowing certain companies to do business in their countries is a necessity. I doubt anyone will be willing to firmly take those stances.

The biggest issue for this summit is that there is no strong leadership in the G7. None of the representatives are even capable of stepping up to the plate to be a strong leader. None can see that to address these concerns, they will need to seek peace through strength and discourage the bad actors as they pose a great threat to our freedoms.

The G7 will not likely address any of these issues, claiming that they are only an economic summit. Could it be they don’t realize that these regimes are the biggest threats to our respective economies?