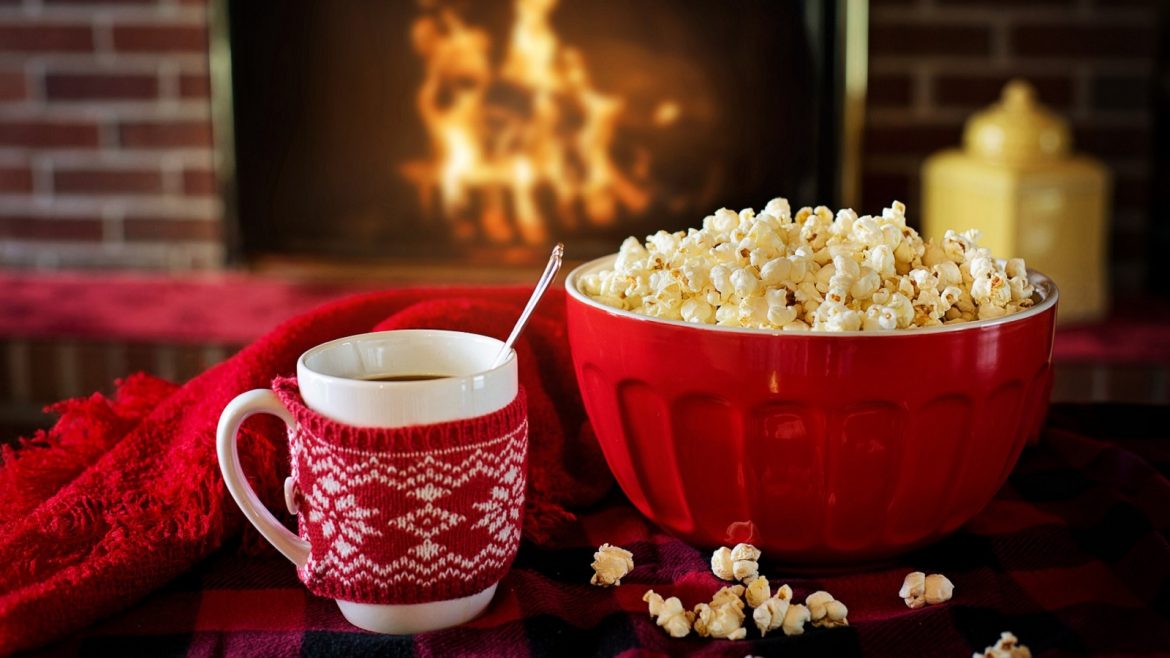 This December many Americans will be curled in front of the television with loved ones to watch their favorite Christmas movies, along with their favorite winter drink – perhaps a cup of hot cocoa, tea, or glass of eggnog. It’s an activity that most can remember fondly, and there’s a reason it’s such a joy-filled memory — and we need it now more than ever.

Warm, cozy holiday movies have become an essential part of the American Christmas culture and are likely to be more so this year. The entertainment site Vulture reports 82 new holiday movie releases in 2020. Even before the lockdown, production of annual Christmas movies was reported to be up by at least 20% since 2017.

Holiday movies are popular not simply because they are “escapes” and traditional. Rather, these films offer viewers a glimpse into the world as it could be.

In his 2016 book “Christmas as Religion,” the religious studies scholar Christopher Deacy states that Christmas movies act as a “barometer of how we might want to live and how we might see and measure ourselves.”

As holiday movies bring viewers into a fictional world, people are able to work through their own fears and desires about work, faith, and relationships. Such movies can provide solace, reaffirmation, and sometimes even courage to continue working through difficult situations. The movies offer hope in believing it all might turn out alright in the end.

When people see some part of their own lives unfold on screen, the act of viewing operates in a fashion that’s strikingly similar to how a religious ritual works.

As anthropologist Bobby Alexander explains, rituals are actions that transform people’s everyday lives. Rituals can open up “ordinary life to ultimate reality or some transcendent being or force,” he writes in the collection “Anthropology of Religion.”

For example, Jews and Christians, ritually observing the Sabbath day by sharing meals with family and not working connects them with the creation of the world. Prayer rituals in the Muslim, Christian, and Jewish traditions connect those praying with their God, as well as with their fellow believers.

Holiday movies have something similar, with a transcendent force of faith and hope about the season of Christ’s birth. It’s the power of family, true love, the meaning of home or the reconciliation of relationships displayed in each film.

Historian Penne Restad said in her 1995 book “Christmas in America,” Crosby offers the “quintessential expression” of the holidays. He presented a world which “has no dark side” – one in which “war is forgotten.”

We are in a war-riddled world. Not war in the traditional sense, though those do exist currently, it’s a war on freedom and faith. There is an assault on believers of these hopeful worlds, only to be shutout and told to stay inside, remaining obedient to people who play God in politics.

Even before COVID-19, there existed and still remains a battle of overcoming materialism and secularism. Gift-giving is a ritual that has replaced religious rituals and rites, because the world tells people it’s better that way, not to offend.

Movies like “Jingle all the Way,” “Deck the Halls,” and “How the Grinch Stole Christmas!” center around the idea that the true meaning of Christmas is not in rampant consumerism but in faithful goodwill and love.

Dr. Seuss’ famously grouchy Grinch thinks he can ruin Christmas by taking all the gifts away. Yet, as the people gather together, gift-less, they join hands and sing while the narrator tells viewers, “Christmas came anyway.”

Think of these oppressive politicians in 2020 as the Grinch, because they are taking the true meaning of Christmas away by limiting family gatherings and telling you not to worship in groups.

Though Christmas is explicitly a Christian holiday, most Christmas films are not religious in the same traditional sense, but they are at least reenforcing of what it means to be a kind, hopeful person — ultimately alluding Christian morals. When people watch, they don’t even realize what they love about the movie. The best part of each movie is the spirit of Christmas, which comes as a gift from God.

Look at it this way when you break down the silliness of secular Christmas films:

“A Christmas Story,” from 1983, makes people nostalgic for childhood holidays when life seemed simpler and the desire for a Red Ryder air rifle was the most important thing in the world. The plot of 2003’s “Elf” centers on the quest to reunite with a lost father.

In the end, as the narrator says late in “A Christmas Story” – after the family has overcome a series of mishaps, the presents have been unwrapped, and they’ve gathered for Christmas goose – these are times when “all’s right with the world.”

At the end of a troubled 2020, and as so many families are physically isolated from their loved ones, people desire more than what this pandemic-riddled world is offering. Holiday movies allow a glimpse of such a place, rooted in what it means to be joyful in the season of Christ’s birth — despite the secular nature of Hollywood films there is no avoiding what makes people yearn for this season.