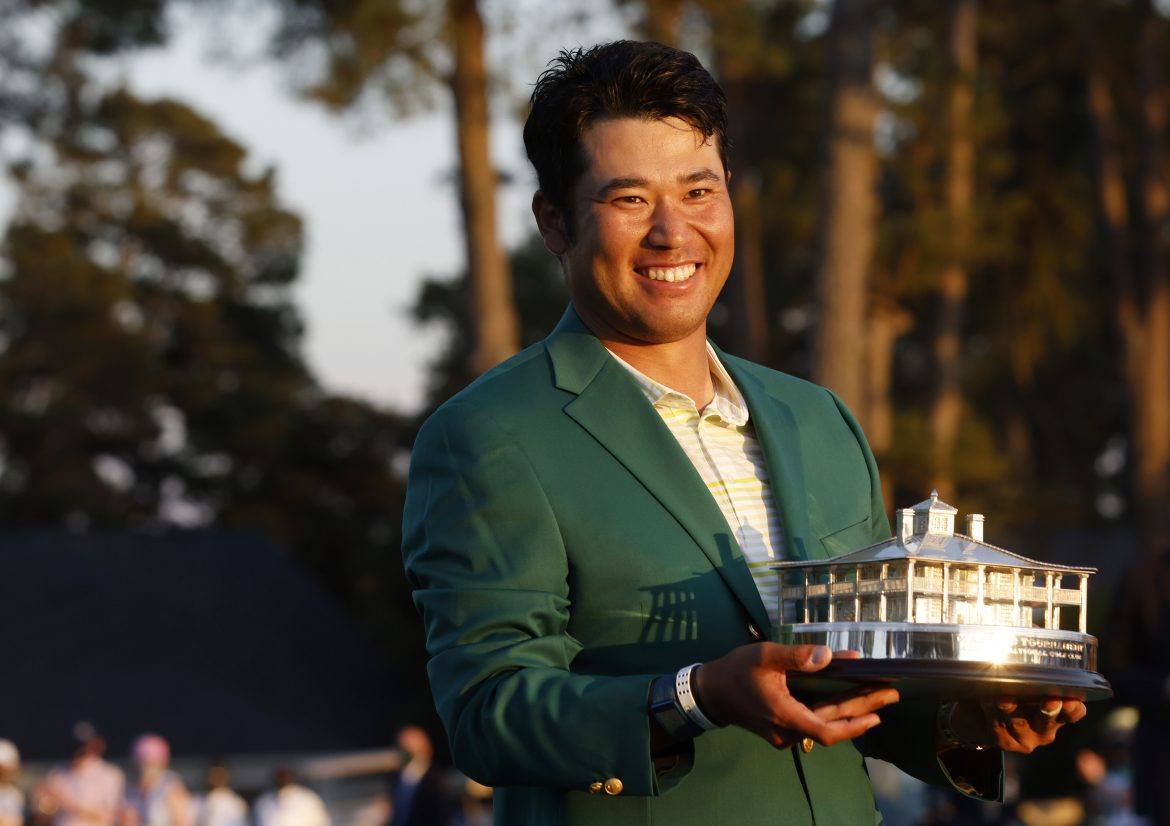 The 2021 Masters in Augusta, Georgia has come to a close.  On Sunday, Japan’s Hideki Matsuyama became the first Japanese golfer in tournament history to wear the coveted green jacket.  Matsuyama won The Masters at ten under par, one stroke ahead of second place finisher Will Zalatoris from the United States.

Matsuyama was brilliant throughout the weekend, highlighted by a dazzling 65-stroke round on Saturday.  His final round score of 73, one over par, was not his best effort, but it was enough.  He entered the final day of tournament play with a four-stroke lead, and wisely chose to sit on the lead and play conservative golf instead of going for birdies and eagles and risking a catastrophic mistake.

Matsuyama started Sunday’s round with a bogey, then settled into a groove until two straight bogeys on 15 and 16, which brought his four-stroke lead at the time down to two.  Zalatoris, playing in the twosome ahead of Matsuyama, gave a valiant effort to take second place with two birdies on his final four holes.  Matsuyama parred 17, and with a two-stroke lead over Zalatoris, he chose to play safe on 18 and settled for another bogey to claim his first Masters title.

Matsuyama and the rest of the 2021 field treated the fans at Augusta National to an exciting and enjoyable weekend which felt very similar to past Masters tournaments prior to the COVID-19 pandemic.  After a modified 2020 tournament in November with no spectators, the 2021 tournament returned to its usual mid-April time slot and saw many patrons cheering on the best golfers in the world.

Speaking of the best golfers in the world, Tiger Woods made his presence felt at the 2021 Masters even though he could not attend personally after suffering several serious injuries in a car accident in February.  Woods tweeted his congratulations to Hideki Matsuyama after the tournament, saying,

Congratulations on such a huge accomplishment for you and your country. This historical @TheMasters win will impact the entire golf world.