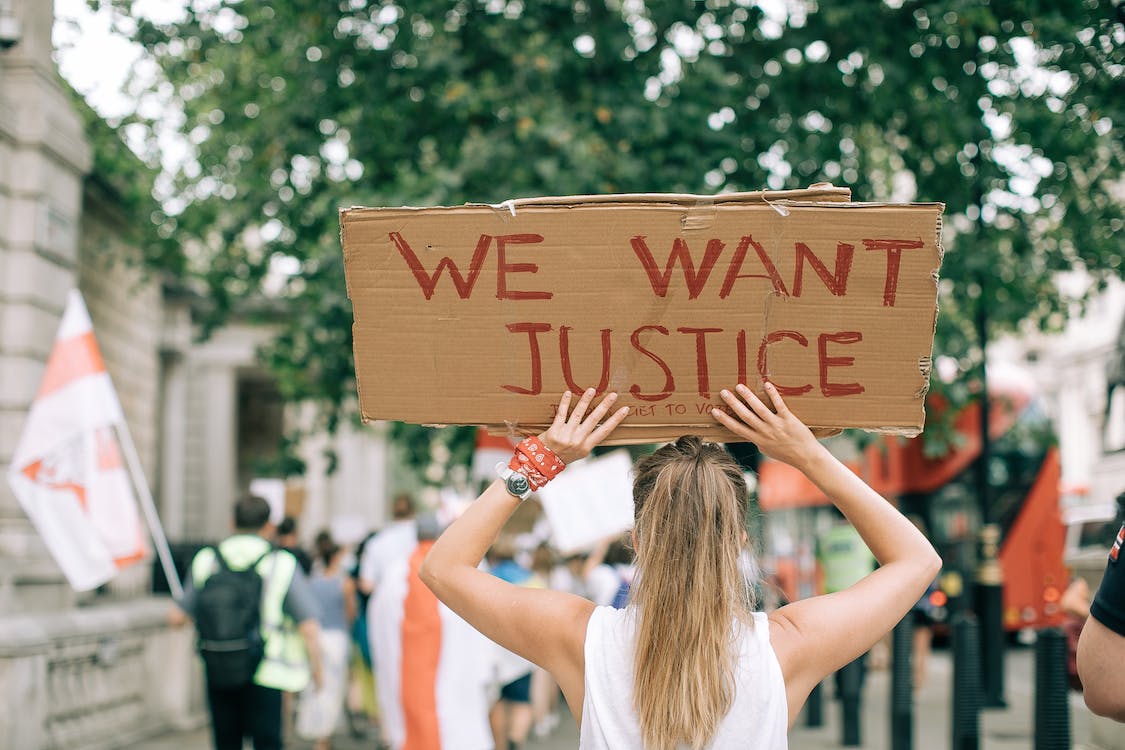 In the wake of the recent guilty verdict of the Derek Chauvin trial, the idea of justice is heavily debated in the United States.  The word has been used constantly in the last several days – millions demanded “justice” for George Floyd following his death, and those same masses are delighted that “justice” was delivered to Derek Chauvin.  Still, many others believe “justice” was absent from the trial, that Chauvin had no chance for a fair hearing and the guilty verdict was inevitable in order to prevent another nationwide explosion of riots.

The irony of the situation is that many of those who desire to bring the hammer of justice down on others, would want just the opposite for themselves.  We, rebellious sinners, are experts at pointing out the sin in others while effectively ignoring our own.  There is a harrowing truth about justice that right now, millions of Americans are conveniently ignoring.

The truth is this – we all deserve eternal justice.  George Floyd, Derek Chauvin, you and I; we all deserve the unending wrath of Almighty God.  God’s standard is perfection, and dear friends, we have woefully missed the mark.  We deserve hell.  Derek Chauvin, guilty in his trial, is infinitely more guilty of breaking the law of God, and was so before the death of George Floyd.  He deserves hell, a fate far worse than lifetime in prison.  George Floyd, hailed as an innocent martyr in the cause of racial justice, was no innocent man.  He is unquestioningly guilty of breaking the law of God.  He also deserves hell, a fate far worse than being murdered.  Let us not be so giddy to celebrate justice being served without also thinking contritely about the justice we deserve.

This is where we must let the light of the gospel penetrate the darkness of this situation.  Jesus Christ, the only truly innocent man to ever walk this earth, experienced the most horrible torture and death in human history.  You have heard the phrase, “Sometimes bad things happen to good people.”  That phrase is absurd.  The only time that was ever true, that a bad thing happened to a truly good person, was the death of Jesus Christ on the cross.  Christ died the death we deserve to give us the eternal life we do not deserve.

With that gospel truth as our guide, we turn back to justice.  Please understand – we should seek justice for wrongdoing.  God is a God of justice, always dealing rightly with His people.  It has been said that every human being in history has either received justice or grace.  Either they get exactly what they deserve – justice, or God kindly gives them what they do not deserve – grace.  Never once has God acted unjustly.  God is a just God, and that reason alone gives us the grounds to seek justice as well.

But in your quest for justice, be sober-minded and humble.  Remember to never pridefully celebrate justice delivered to another, as if you did not deserve far worse.  Friend, you do.  I do.  We all do.  Instead, turn your eyes to Jesus, the One who gave you the ultimate gift of grace that you do not deserve.  Seek justice and show grace, knowing that you have been shown grace beyond what you deserve, in the perfect sacrifice of the only innocent man to ever live, Jesus Christ, God in flesh.

Las Vegas Raiders Under Fire For “I Can Breathe” Tweet

Sobering truth indeed. Followed by the greatest gift of grace ever designed. The awesomeness of the Gospel!

truly thought provoking, and true to the Bible.