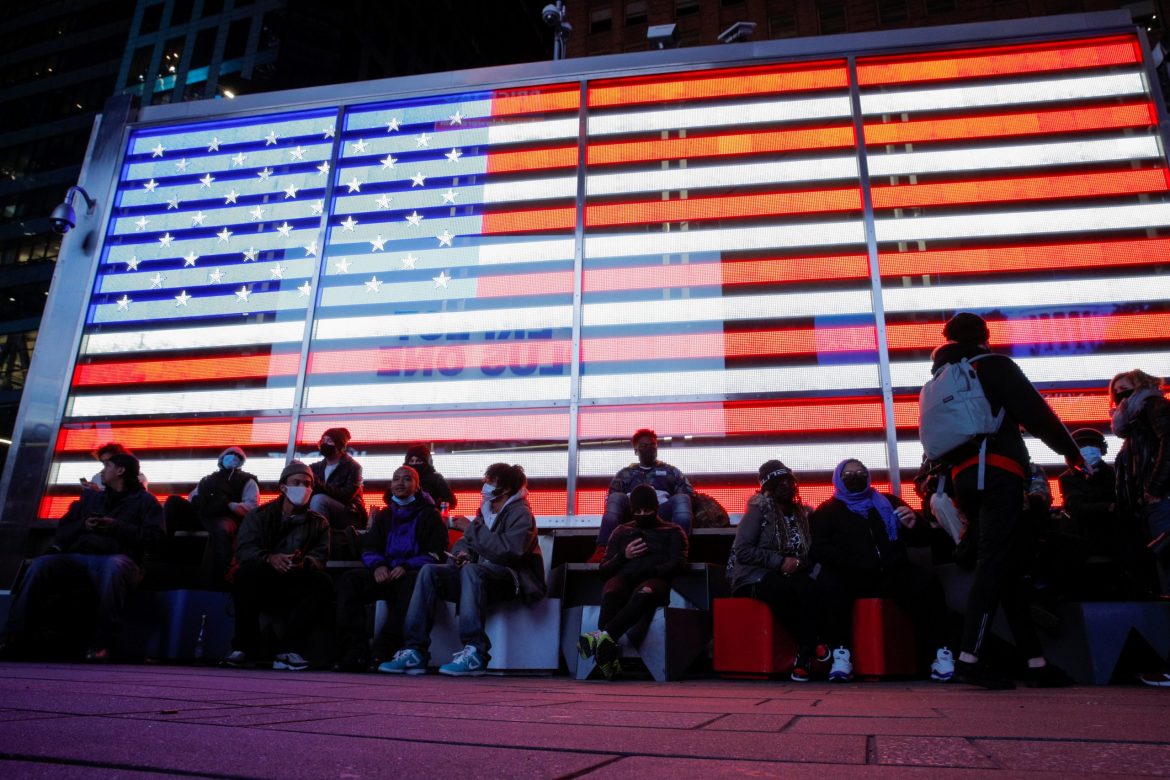 The world awoke Wednesday with no clear winner to the 2020 U.S. presidential election. With millions of votes still to count and mounting legal uncertainty, the race is still too close to call.

Donald Trump’s pre-emptive declaration of victory at the White House was condemned by some U.S. political commentators and civil rights groups, who warned about the trampling of long-standing democratic norms.

Most world leaders and foreign ministers  tried not to add any fuel to the electoral fire.

“Let’s wait and see what the outcome is,” said British Foreign Secretary Dominic Raab. “There’s obviously a significant amount of uncertainty. It’s much closer than I think many had expected.”

But while Raab and others urged caution, the Slovenian prime minister broke ranks, congratulating Trump and the Republican party via Twitter.

“It’s pretty clear that American people have elected @realDonaldTrump and @Mike_Pence for #4moreyears,” wrote Janez Jansa, one of several east European leaders, including Hungary’s Viktor Orban, who are fervent Trump allies. “Congratulations @GOP for strong results across the #US.”

The latest vote tally showed Democrat challenger Joe Biden with a lead in the Electoral College – 224 votes to 213, with 270 needed for victory – but with counting still be completed in at least five major ‘battleground’ states: Pennsylvania, Michigan, Wisconsin, North Carolina and Georgia.

In his comments, Trump suggested the Supreme Court – to which he has nominated three of the nine justices – would have to decide the winner again.

On Twitter, the hashtags #Trump, #Biden and #USElections2020 were trending from Russia to Pakistan, Malaysia to Kenya and across Europe and Latin America, underscoring how much every region of the world sees the outcome as pivotal.

In Australia, crowds watched the results roll in while drinking beer in an American bar in Sydney.

“The news is so much better when Trump is in,” said Glen Roberts, wearing a red ‘Make Europe Great Again’ baseball cap. “You never know what he said, it’s so good. I think it’ll be less interesting if Trump loses.”

“I think it affects us all, what happens over there really matters for the next four years over here,” said Sydney resident Luke Heinrich.

In Nigeria, one leading politician, Senator Shehu Sani, said the uncertainty in the United States was reminiscent of Africa.

New York-based Human Rights Watch, one of the world’s leading civil rights groups, warned about the need to reserve judgment on the results until every vote is counted. With a very high number of mail-in ballots this year because of the Covid-19 pandemic, full tallies are expected to take days in some states.

“Autocrats might be perfectly happy to undermine democracy in the United States by welcoming a premature declaration of victory,” he said.