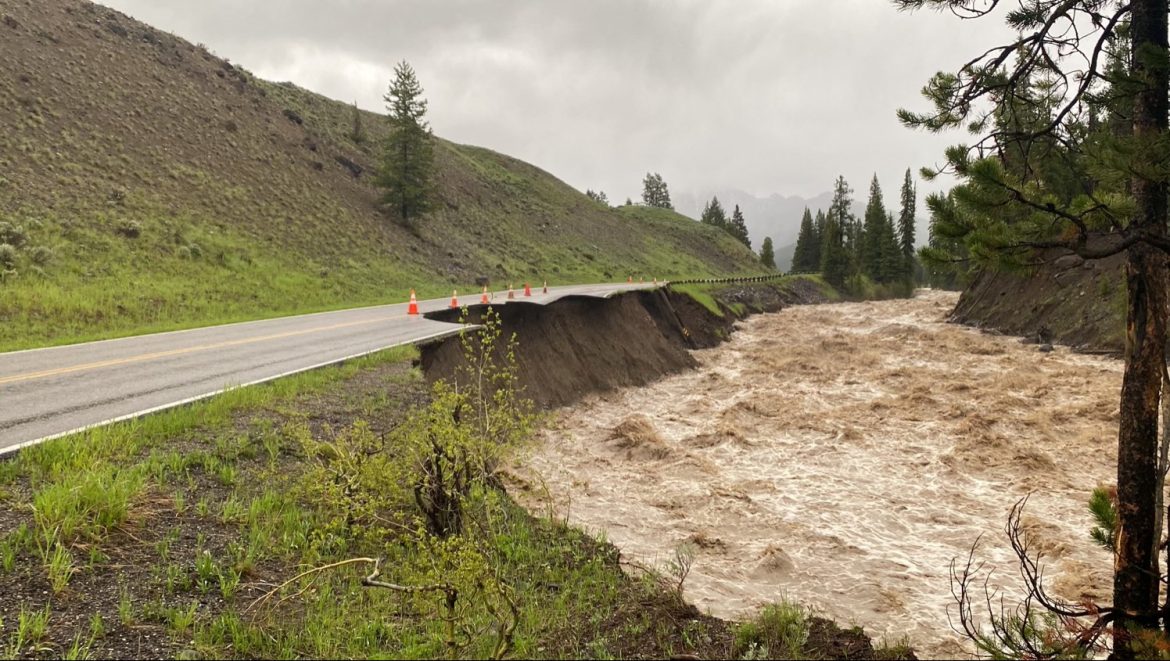 Montana Governor Greg Gianforte declared a statewide disaster on Tuesday after Yellowstone National Park experienced record flooding due to pervasive rainfall and rapid snowmelt. In a rare occurrence, the park was completely shut off to visitors, and some locals were left stranded due to washed-out and impassable roadways.

“This isn’t my words, but I’ve heard this is a thousand-year event,” Yellowstone Superintendent Cam Sholly said. “From what I understand, one of the highest cubic feet per second (CFS) ratings for the Yellowstone River recorded in the ‘90s was at 31,000 CFS, and Sunday night we were at 51,000 CFS.”

From Friday through Monday, the north side of the park received up to five inches of rain, according to the National Weather Service. In addition, there was 2 to 5 inches of snowmelt which led to around 4 to 9 inches of excess water in the local waterways.

The river rose more than five feet on Monday morning, according to the National Oceanic Atmospheric Administration river gauge data. The gauge recorded a 13.85 feet high crest, which is  2.35 feet higher than the historical high of 11.5 feet in 1918. The flooding has also caused some areas to be under warnings to avoid drinking local water due to a broken water main and submerged wells.

The full extent of the damage is still being assessed, but it has already been noted that park infrastructure was adversely impacted by the storm.

“The road damage is probably the biggest concern,” Gardiner, Montana, resident Schalene Darr told weather.com in an interview Tuesday afternoon. “From Mammoth to Gardiner, which is probably about a thousand feet elevation difference, coming down that canyon there, it’s a total loss.”

Officials said there were thankfully no immediate reports of injuries or deaths. Sholly said at a news conference that as of Tuesday morning, all tourists had been evacuated. According to CNN, Sholly also said officials had located all backcountry campers. Only one group is left in the northern loop.

The event has also impacted those traveling to the park during the peak summer season.

“There will be no inbound visitor traffic at any of the five entrances into the park, including visitors with lodging and camping reservations, until conditions improve and park infrastructure is evaluated,” the NPS said on their website. The north, northeast, west, south, and east entrances are all closed.

Those in Gardiner and the surrounding areas are still in need of help and prayer. Even though the rain has stopped, a large number of people remain stranded due to roads being washed out, but thankfully evacuations have run smoothly so far.