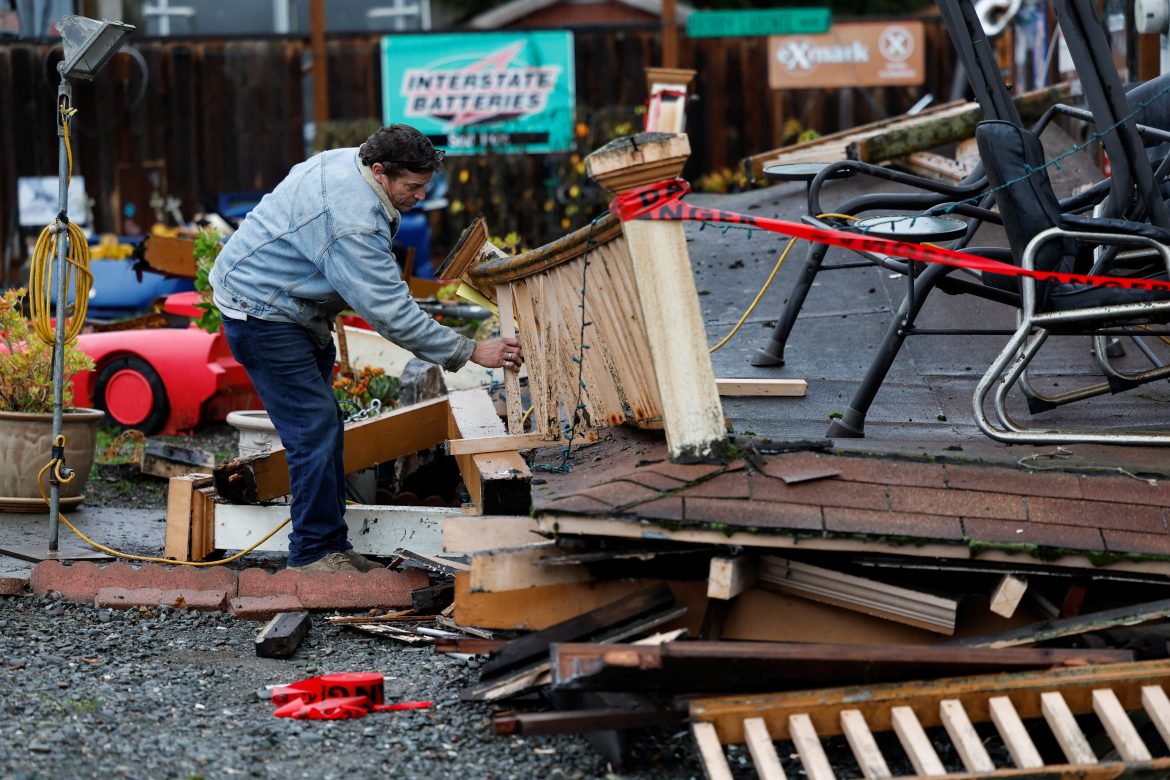 A strong 6.4-magnitude earthquake off the coast of northern California on Tuesday injured two people, damaged a bridge and several roads, and left thousands of homes and businesses without power.

The earthquake 215 miles north of San Francisco caused gas leaks, downed power lines, and set one building on fire, which was quickly extinguished, and caused two other buildings to collapse, according to the California Department of Forestry and Fire Protection. The department fielded 70 emergency calls after the quake struck at 2:34 a.m. local time, including one report of a person left trapped who needed rescuing, according to spokesperson Tran Beyea.

Two people were injured near the quake’s epicenter in Humboldt County, where widespread damage to roads and homes was reported, the sheriff’s office said. One of those injured was a child with a head injury and the other was an older person with a broken hip, according to local media citing the sheriff’s office.

It is unclear if the earthquake caused any deaths.

Police have closed the Ferndale bridge over the Eel River in and out of Ferndale because of four large cracks in the bridge and the roadway is at risk of sliding, the California Highway Patrol said.

Officials have closed at least four roads in Humboldt County because of large cracks and were investigating a possible gas line rupture, the highway patrol said. One road section was reportedly sinking, the patrol said.

“Anything that was on the walls broke off the walls — fish tank and all,” Mathers said. “It’s still pretty dark here. We can’t assess the damage.”

The earthquake likely produced light to moderate damage and several aftershocks, according to the U.S. Geological Survey (USGS), which said the quake’s depth was 11.1 miles.

About five earthquakes of magnitudes between 6.0 and 7.0 happen each year in California and Nevada, according to recent data, the Los Angeles Times reported.

Caroline Titus, the editor and publisher of the Ferndale Enterprise, posted video on Twitter of toppled furniture and household items scattered on the floor of her Ferndale home.

“Sorry for dark video,” she wrote. “Power still out.”

Some 79,000 homes and businesses were without power in Ferndale and surrounding Humboldt County, according to the electric grid tracking website PowerOutage.us.

PG&E crews were out assessing the utility’s gas and electric system for any damage and hazards, which could take several days, company spokesperson Karly Hernandez said.