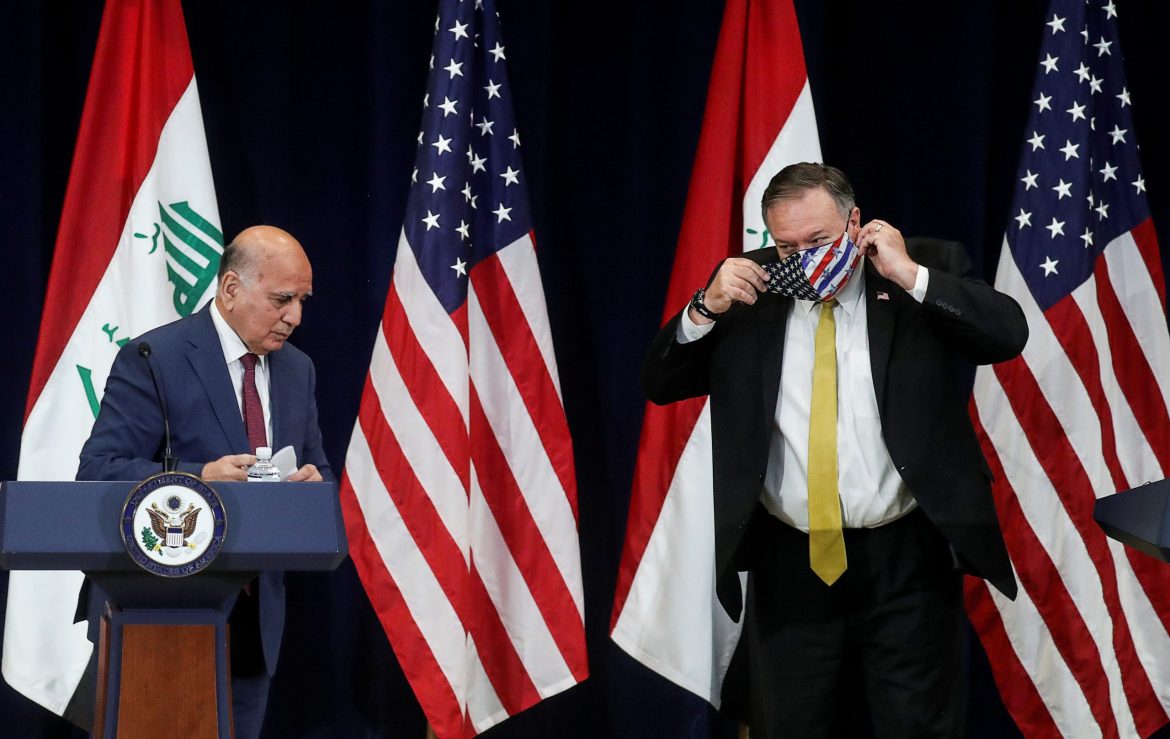 Washington has made preparations to withdraw diplomats from Iraq after warning Baghdad it could shut its embassy, according to Iraqi officials and Western diplomats.  Any move by the United States to scale down its diplomatic presence in a country where it has up to 5,000 troops would be widely seen in the region as an escalation of its confrontation with Iran.

Secretary of State Mike Pompeo threatened to close the embassy in a phone call a week ago to President Barham Salih, two Iraqi government sources said. The conversation was initially reported by an Iraqi news website. The concern among the Iraqis is that pulling out diplomats would be followed quickly by military action against forces Washington blamed for attacks.

Populist Iraqi cleric Moqtada al-Sadr, who commands a following of millions of Iraqis, issued a statement last week pleading for groups to avoid an escalation that would turn Iraq into a battleground. One of the Western diplomats said the U.S. administration did not “want to be limited in their options” to weaken Iran or pro-Iranian militias in Iraq. Asked whether he expected Washington to respond with economic or military measures, the diplomat replied: “Strikes.”

Publicly, the powerful Iran-backed Shi’ite militia groups which control large factions in parliament have tried to distance themselves from attacks on Western targets. U.S. officials say they think the Shi’ite militias or their Iranian backers have created splinter offshoots to carry out such attacks, allowing the main organisations to evade blame.

A senior figure in a Shi’ite Muslim political party said he thought Trump might want to pull out diplomats to keep them out of harm’s way and avoid an embarrassing pre-election incident.

“Iran wants to boot the Americans out, but not at any cost. It doesn’t want instability on its Western border,” the Shi’ite leader said. “Just like there are hawks in the U.S., there are hawks in Iran who have contact with the groups carrying out attacks, who aren’t necessarily following state policy.”