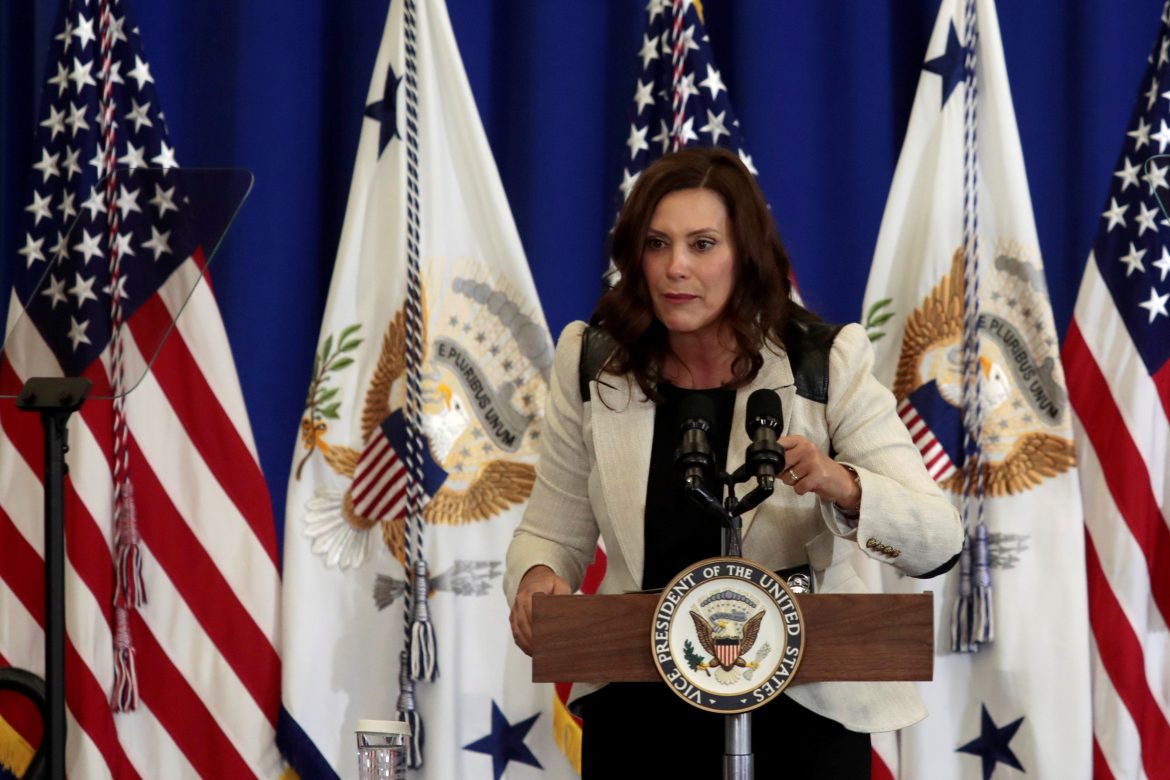 Three men convicted of playing supporting roles in a foiled plot to kidnap the governor of Michigan in 2020 were sentenced to multiple years in prison on Thursday, as two of the conspiracy’s ringleaders await sentencing before the end of the month.

The three were convicted by a jury in October on charges of gang membership, firearm violations, and providing material support for terrorism.

Jackson County Circuit Court Judge Thomas Wilson handed down a minimum sentence of 10 years to Joseph Morrison and 12 years to his father-in-law, Pete Musico. The third man, Paul Bellar, was given a minimum of seven years in prison.

Morrison, 28, and Musico, 44, could serve a maximum of 42 years in prison, depending on parole under the consecutive sentences handed down by Wilson. Bellar, 23, could serve as much as 22 years behind bars.

The defendants “supported a violent conspiracy and provided material support for terrorism. They chose actions that are antithetical to what makes our nation strong and safe,” Governor Gretchen Whitmer said in a recorded victim-impact statement that was shown in court.

During the two-hour hearing, the men – dressed in orange prison jumpsuits – sat with their attorneys with their hands shackled to their waists. Each made a statement to the court, saying they were sorry for their actions.

“I regret that I ever let hate, fear, and anger into my heart the way I did,” Morrison said, apologizing to the governor and law enforcement.

The convictions were a victory for state prosecutors who argued that the defendants assisted two other men, who in August were found guilty in federal court of orchestrating the kidnapping conspiracy.

Defense attorneys had argued their clients did not know of a plan to kidnap the governor and that their actions were protected by the First and Second Amendments to the U.S. Constitution.

The three men were among more than a dozen arrested in October 2020 and charged with state or federal crimes linked to a conspiracy to abduct Governor Whitmer.

The plot was hatched in part from the frustrations of the defendants over restrictions the Democratic governor imposed during the early days of the COVID-19 pandemic.

The group planned to break into Whitmer‘s vacation home, kidnap her, and take her at gunpoint to stand “trial” on treason charges, prosecutors said.

The conspirators hoped an abduction would lead to a violent uprising and instigate a civil war, prosecutors said.

Seven of the accused, including Morrison, Musico, and Bellar, have now been convicted by a jury or pleaded guilty to playing roles in the conspiracy. Two others were acquitted of federal charges at a trial in April.

In August, two alleged militia members accused of conspiring to trigger a “second American revolution” in the kidnapping plot were found guilty of kidnapping conspiracy charges. Adam Fox and Barry Croft Jr. were convicted at a retrial after the first trial in the spring ended with a hung jury. Two other defendants were acquitted during those proceedings.

Fox and Croft are scheduled to be sentenced later this month. They face the possibility of life in prison.

Morrison and Musico were accused of hosting tactical training sessions on their property in a remote part of Michigan. Bellar was accused of providing plans for tactical maneuvers, coded language for covert communication, and ammunition.

All three were members of a militia group called the Wolverine Watchmen, prosecutors said.