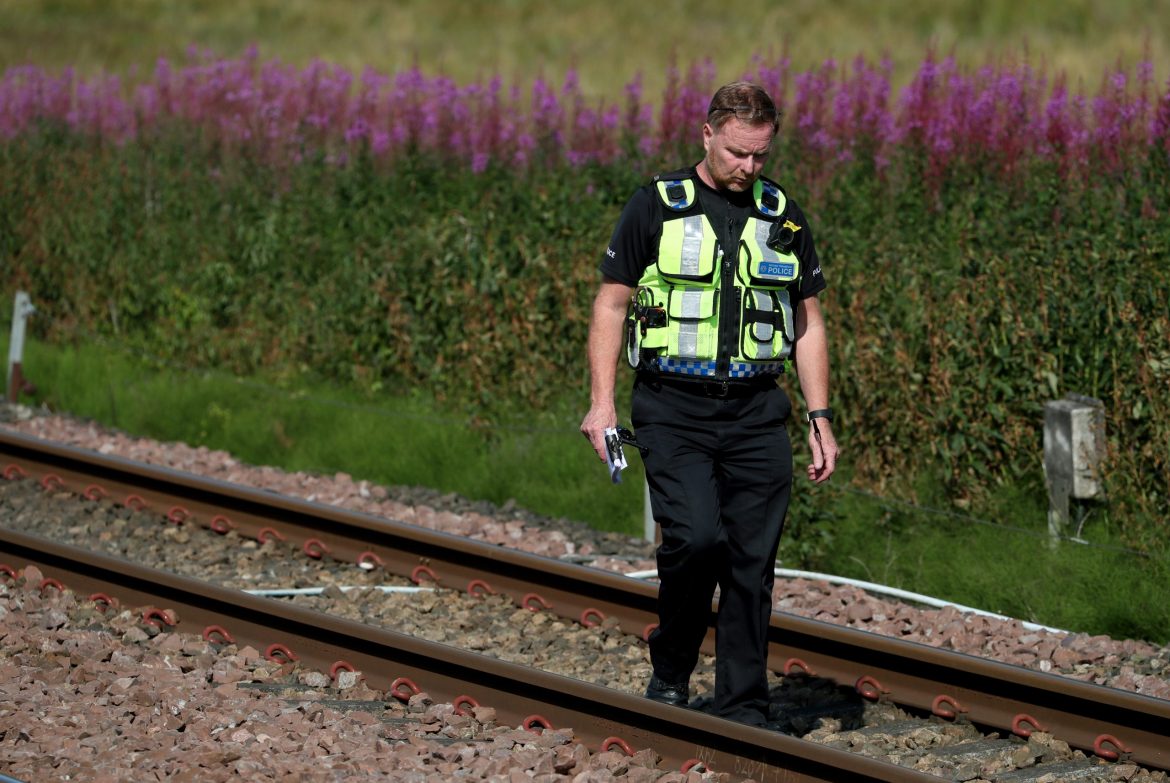 A train derailed in eastern Scotland on Wednesday, killing three people according to PA Media news agency, in what Scottish premier Nicola Sturgeon described as an extremely serious incident. It is also believed that a fourth person is missing.

There was no official confirmation of casualties or a missing person, with Sturgeon saying she had received reports of serious injuries.

“This is an extremely serious incident. I’ve had an initial report from Network Rail and the emergency services and am being kept updated,” she said. “All my thoughts are with those involved.”

Prime Minister Boris Johnson said he was saddened to learn of the “very serious incident” in Aberdeenshire and his thoughts were with all those affected.

Stonehaven and the surrounding area had been hit by floods in recent days and some reports suggested a landslide may have played a part in the derailment, although that was not confirmed by the authorities.

“Emergency services are currently in attendance and the incident is ongoing,” a Police Scotland spokeswoman said.