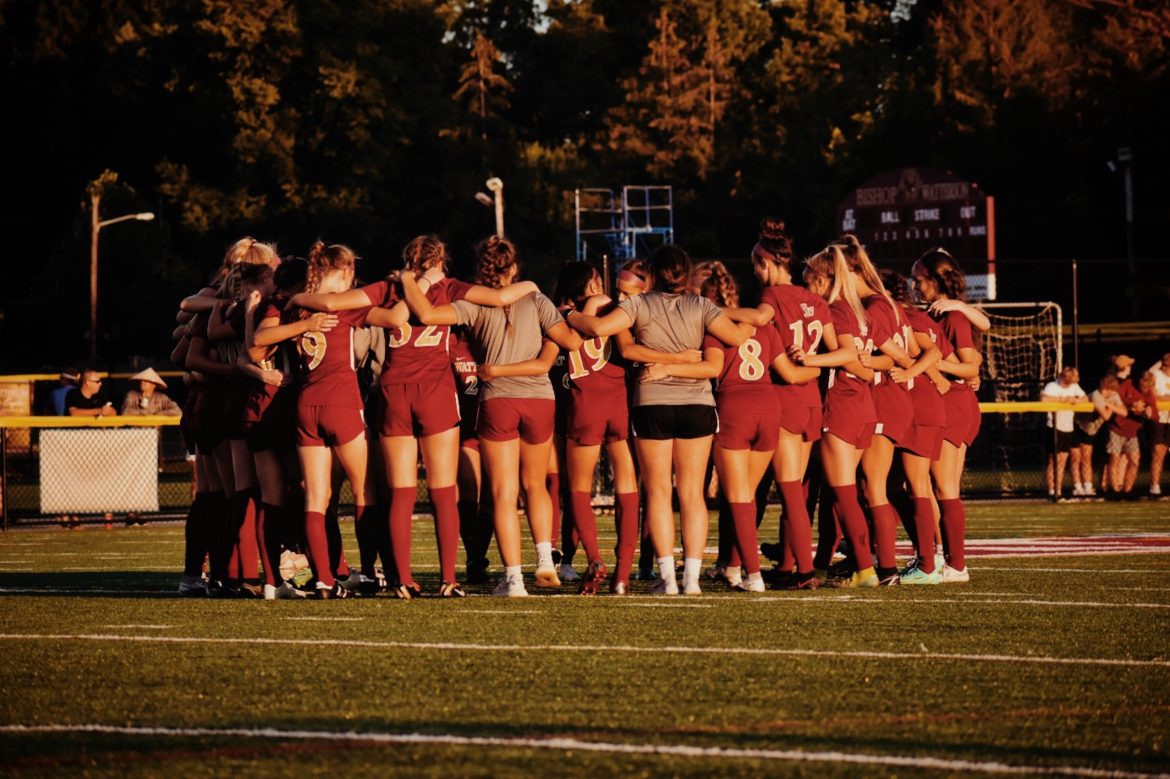 The push for biological males to compete against females in athletic competition is gaining momentum, with transgender activists scoring victories in Philadelphia, Connecticut, and Ohio this month.

At a school board meeting last Friday, the School District of Philadelphia reviewed its policies on transgender participation in athletics. Board members proposed an updated policy that states, “Students participating in interscholastic athletics may participate on the team of the gender with which they identify.”

The board is set to vote to approve the proposed change in January.

The school district’s current policy on interscholastic athletics, adopted in 2017, states that regarding transgender participation in sports, “the principal will serve as the primary point of contact for any questions or concerns regarding Pennsylvania Interscholastic Athletic Association (PIAA) matters.” The rule referenced the district’s 2016 policy on transgender and gender non-conforming students, which states, “Participation in competitive athletic activities and contact sports will be resolved on a case-by-case basis.”

The 2016 policy also states, “To the extent possible, schools should reduce or eliminate the practice of segregating students by gender. In situations where students are segregated by gender, students will be included in the group that corresponds to their gender identity.”

According to The Center Square, district spokeswoman Marissa Orbanek said that the update is meant to incorporate the 2016 guidance into the athletics policy.

“The case-by-case language [of the 2017 policy] refers to what students choose in that case, not a review process,” Orbanek said.

Pennsylvania’s governing body on interscholastic athletics, PIAA, allows individual districts to make the determination on whether athletes can participate in athletics according to their biological sex or their gender identity. PIAA policy states, “Where a student’s gender is questioned or uncertain, the decision of the Principal as to the student’s gender will be accepted by PIAA.”

Philadelphia’s proposed change was not the only victory for those pushing for biological males to be able to compete against female athletes. On Friday, a three-judge panel in Connecticut allowed the Connecticut Interscholastic Athletic Conference (CIAC) policy allowing athletes to compete in sports based on their gender identity to stand.

In 2020, four female track athletes in Connecticut claimed that the CIAC policy deprived them and other girls of athletic opportunities, citing two Connecticut biological male athletes who set state records competing in girls’ track and field.

They argued that the policy represented a violation of Title IX, a federal statute prohibiting discrimination based on sex, saying in the lawsuit, “In scholastic track competition in Connecticut, more boys than girls are experiencing victory.”

But the judges ruled that striking down the policy would be a Title IX violation by discriminating against transgender athletes. They argued that the female athletes were not deprived of opportunity, citing the times they won events over their transgender competitors.

Meanwhile in Ohio, a bill that included an amendment barring biological males from competing in women’s athletics failed to pass the General Assembly after being approved by the state senate. However, Senate President Matt Huffman said he plans to reintroduce the bill in the next legislative session, according to NBC4.

Previously, Ohio Gov. Mike DeWine said he did not think the state should legislate on the matter.

“This issue is best addressed outside of government, through individual sports leagues and athletic associations, including the Ohio High School Athletic Association, who can tailor policies to meet the needs of their member athletes and member institutions,” DeWine said.