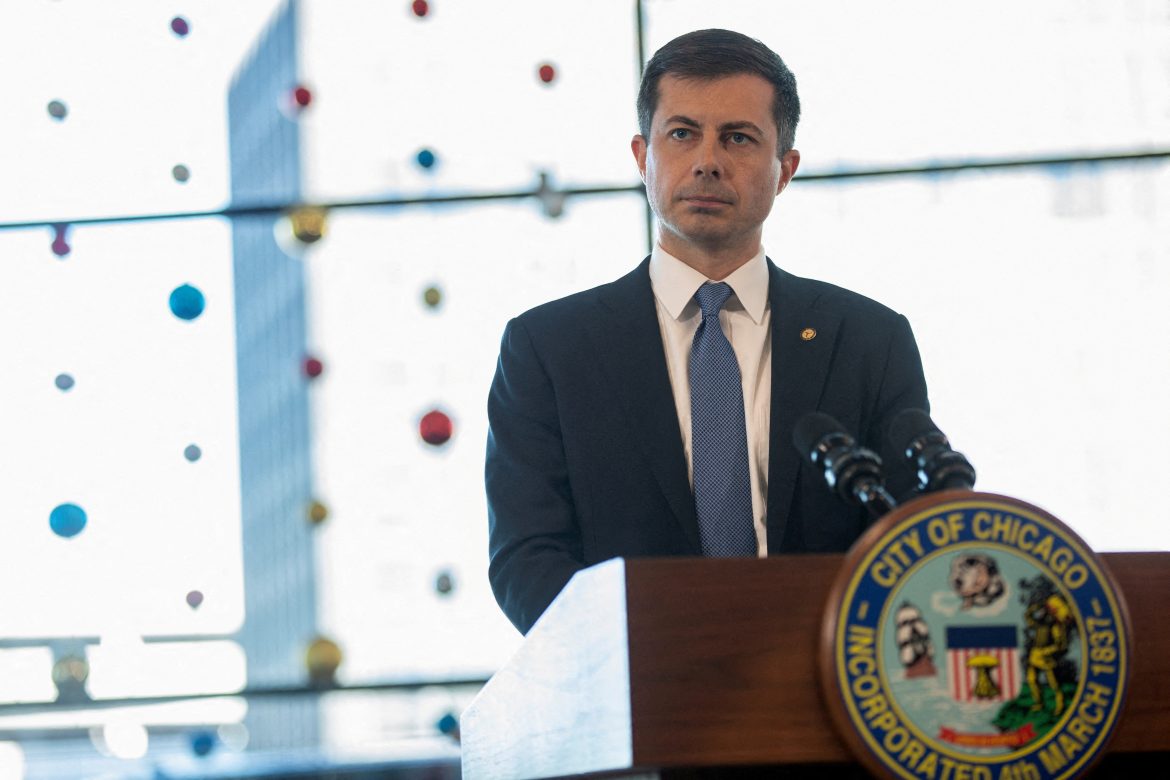 Transportation Secretary Pete Buttigieg took a vacation from August 29 to September 5, at the height of tense negotiations with railway workers to avert a potential strike that would have cost the U.S. economy $2 billion per day.

The nature of Buttigieg’s trip was not initially disclosed, but the Washington Free Beacon revealed that his “personal trip” was actually a long-planned family vacation to Porto, Portugal.

A spokesperson for the Department of Transportation said, “As usual, while traveling on personal time he remained available and engaged on urgent issues, which in this case meant multiple calls with staff and stakeholders to work on the topic of rail labor negotiations. Overall, the Secretary’s work toward helping successfully prevent a rail shutdown included dozens of calls and meetings between April and December.”

The early-September timeframe of the trip was important because the strike was scheduled to begin on September 16, about one week after Buttigieg’s return. The strike was so likely to occur, in fact, that Amtrak began canceling long-distance trips and making other schedule adjustments to cope.

Ironically, one of the most controversial issues leading rail workers to strike involved paid sick leave from their jobs. According to the Washington Post, “Rail carriers have said their employees can take time off when they are sick by using paid vacation days.”

This policy forced rail workers to take paid vacation days if they were sick, had a doctor’s appointment, or if there was a family emergency. Steve Sample, a rail maintainer in northern Ohio, said, “The biggest thing we wanted is sick days. We get one personal day.”

While these rail workers pushed for seven paid sick days per year, the final deal resulted in a single day for the workers. These negotiations occurred while the leading negotiator for the transportation industry took a full week off, during one of the most important and tense points in the discussions, to take a family trip…to Portugal.

Democrats are no longer the party of the working class.https://t.co/9bGn26xmqR

While the trip showed a lack of concern and awareness for one of the most urgent things that has happened during Buttigieg’s short time as Transportation Secretary, there was a silver lining to the trip. Buttigieg flew on a commercial carrier rather than flying a private jet, which has become his custom.

Buttigieg has also been an outspoken advocate for climate change initiatives and for the government to reduce carbon emissions. He came out in favor of the “Green New Deal” as a presidential candidate in 2019, going so far as to call it “the right beginning for a broad plan to combat climate change.”

Buttigieg has also been singled out recently for taking at least 18 trips via tax-payer-funded private jets since taking office.

In the midst of taking private jets, which are by far the most carbon-intensive mode of transportation, across the country and even internationally, Buttigieg has said, “The climate crisis is here today, threatening Americans’ lives and livelihoods, our homes and businesses, and even the way we travel and operate our federal agencies. The good news is that we know what to do about it, and America is fully capable of rising to the occasion.”

Knowledge is knowing what is right, wisdom is actually doing it, and it is that wisdom that America needs in her political leaders right now.

ESG Under Attack and the Importance of Biblically Responsible Investing