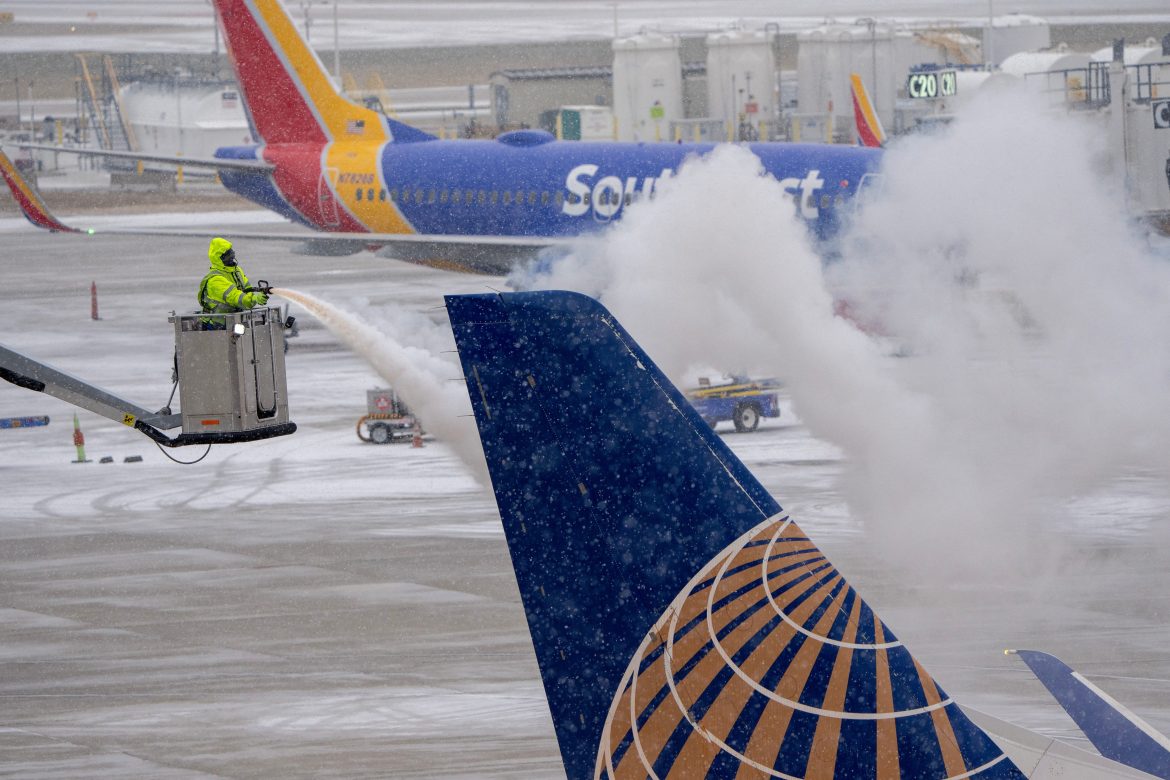 Thousands of flight cancellations and delays coupled with long lines and missing luggage at airports frustrated U.S. travelers over the Christmas weekend after a massive winter storm snarled airport operations around the country.

The travel disruptions continued into Monday when airlines canceled over 2,500 flights as of the early afternoon, according to flight tracking website FlightAware. The hardest hit was Southwest Airlines with about 1,700 cancellations, while Delta Air Lines Inc had over 250 cancellations.

Flight delays within, into, or out of the United States totaled over 4,500 as of the early afternoon, FlightAware showed.

Kyle Goeke, a 29-year-old Alaska Airlines customer, said he would be stuck in Seattle for days because the airline canceled his flight, scheduled for early Monday, from Seattle to Missoula, and the next available flight was Wednesday.

He had traveled from Washington D.C. to Seattle late on Sunday and said he hadn’t slept at all overnight, as he was instead making arrangements for his stay in Seattle.

“Luckily, I have a friend here in this city to help me out, many others are just left by themselves,” he told Reuters.

Customers took to social media to express frustration and to try to get a response from airlines.

David Sharp said on Twitter his Southwest Airlines flight from Denver to St. Louis was canceled and the next flight was not available for another two days. He said he would rent a car and drive to his destination.

Voice actress Grey DeLisle tweeted to Southwest Airlines: “Flight 1824 from Nashville to Burbank was canceled due to Elliot and we haven’t received any rebooking! The kids’ daddy has already missed Christmas now and his luggage is lost with medication in it! Customer Service line busy. Help!”

Southwest Airlines said on Monday it was facing a large number of calls from customers inquiring about their travels and that it was “doing its best” to get its network back to normal after the storm.

“My brother’s Southwest Airlines flight out of Philly back to El Paso was canceled today and the best they could do was out of Baltimore on Tuesday morning! Nothing anyone could do but so much travel insanity,” tweeted another Twitter user named Alex Gervasi.

Some luggage at the baggage claim at William P. Hobby Airport in Houston was there for two days and some passengers could not locate their luggage, local media reported.

Madeline Howard, who had not gotten her luggage, said on Twitter she had already been told by Southwest Airlines that the luggage was flying to a different airport despite her flight having been canceled.

The massive winter storm wreaking havoc on travel has been blamed for at least 55 deaths in the United States since late last week, according to an NBC News tally.