Travelers anticipating a visit to family and friends for the holidays might be in for a big surprise when they see what it will cost them.

According to the fare-tracker site, Hopper, holiday season airfare is higher in 2022 than it’s been for the previous 5 years. Data on the site explains that “airfares will be 22% higher than in 2019, and 43% higher than last year.” 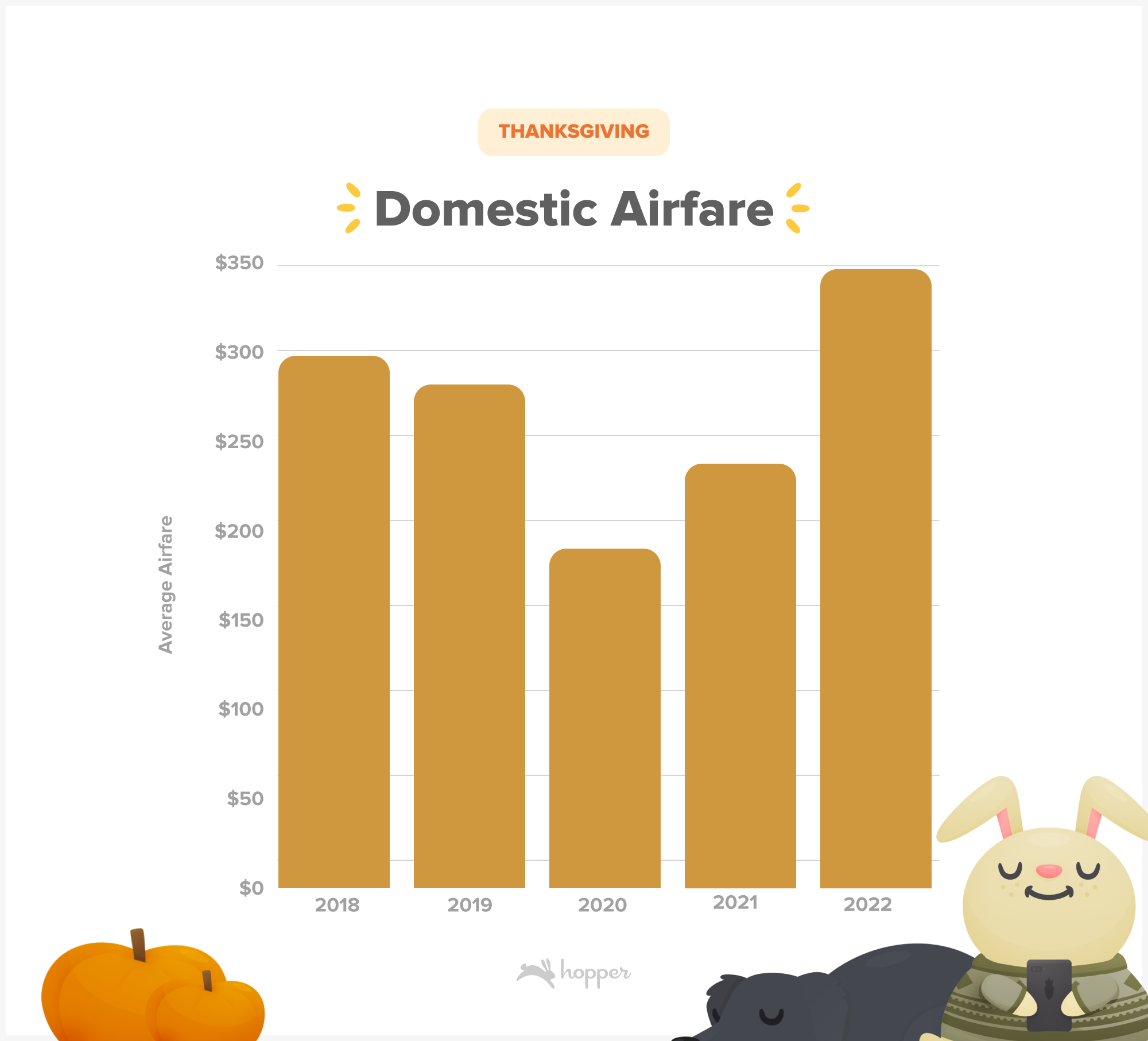 Airline ticket prices continue to increase as upcoming holidays get closer and closer. Increased demand for flights coupled with a reduction in many airlines’ workforces has produced the perfect storm for costly travel.

As many Americans look to make up for lost vacation time they suffered through during the pandemic, the term “revenge travel” has emerged. Looking to dust off their luggage, Americans’ clamoring for travel has surged. According to Reuters, “demand is off the charts,” Delta Chief Executive Ed Bastian explained.

While many antsy souls look to vacation as a remedy for their stir-crazy blues, airlines are struggling to keep up. Many airlines reduced staff during the pandemic and are still running short on employees. Additionally, COVID-related illness is causing disruptions in regular employees’ time spent on the job. As a result, airlines are offering fewer flights and dropping certain routes altogether.

American Airlines canceled 16%, or 31,000 flights, from its November schedule in “an attempt to reduce delayed and canceled flights throughout the busy season, as fewer flights … means fewer opportunities for cascading scheduling problems,” according to The Buffalo News. Additionally, Delta Airlines pared down 4,000 November flights as reported by SimplyFlying, an aviation news company.

High demand plus less availability for flights is leading to the increased prices many travelers are seeing.

Rising fuel costs are another contributing factor in rising airfare prices. Fuel costs have gone up significantly as of late. According to Reuters, “fuel is the industry’s second-biggest expense after labor … [and they] offset fuel costs with higher fares.”

According to a recent Associated Press report, “plenty of travelers think they are being gouged … [as] government data shows that airfares in October were up 43% from a year earlier, and U.S. airlines reported a combined profit of more than $2.4 billion in the third quarter.”

“Fewer flights and more people looking to head home or take vacation for the holidays means two things: Prices will be higher, and we will see flights sell out for both holidays,” Holly Berg, chief economist for Hopper, said, according to ABC News.

NBA is sued by fired referees who refused COVID vaccines