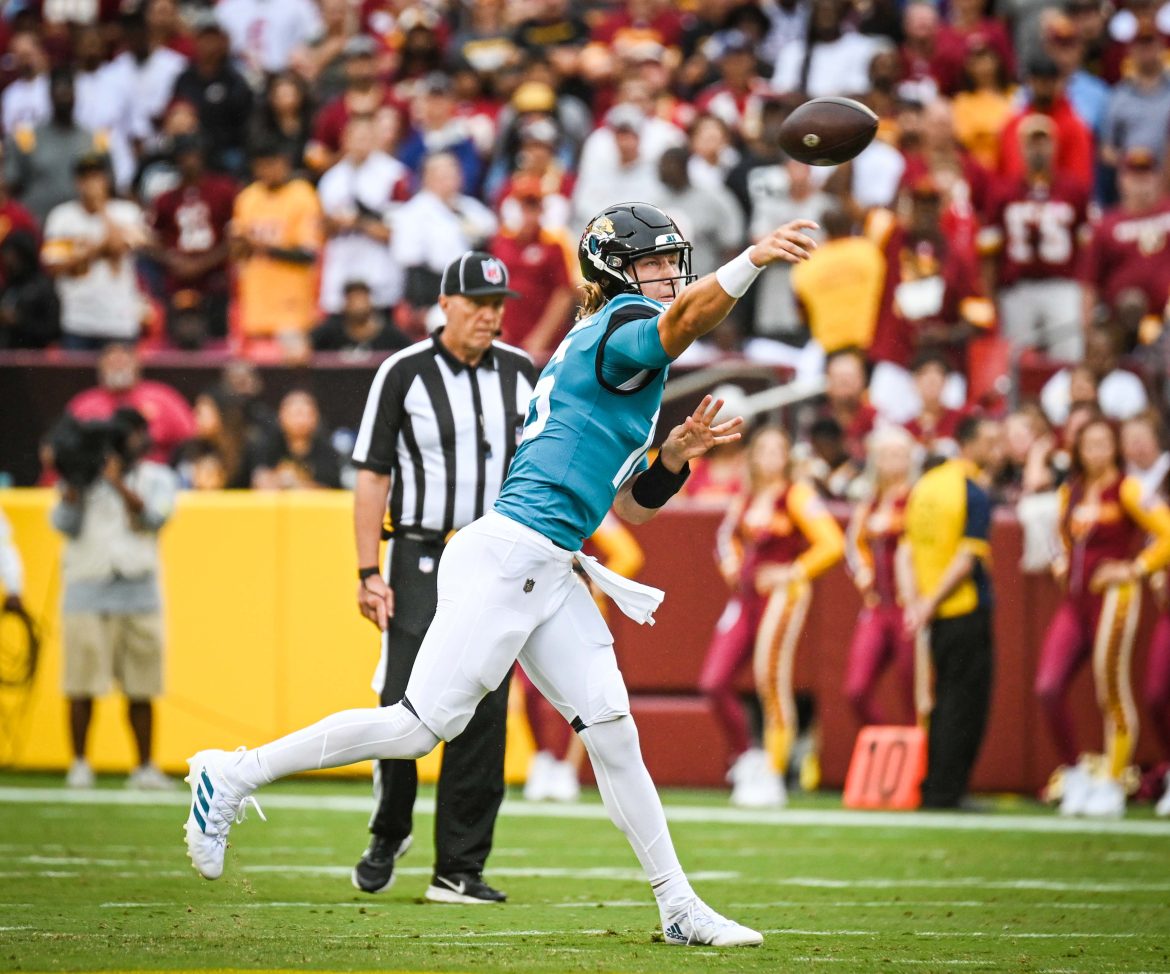 Trevor Lawrence and Zach Wilson were the first two picks in the 2021 NFL draft so, naturally, they’ll be compared to one another throughout their careers.

The two quarterbacks face each other Thursday night for the second time in two seasons with plenty at stake as Lawrence’s Jacksonville Jaguars (6-8) and Wilson’s New York Jets (7-7) are both fighting for a playoff spot in the AFC.

It’s annoying when people always compare it to all that because that’s not what it’s about. That’s not how the game should be played. You just do whatever it takes to win the game. Whatever that is, who knows. Who knows what that’s going to take out of myself. It could be maybe that we’re running the ball great. Maybe we’re throwing it great. Who knows what that’s going to be, but whatever it takes to win, that’s the goal and not really anything else.

Wilson outplayed Lawrence last season in a 26-21 win, also in Week 16. Both teams were headed nowhere, however. The Jets finished the season 4-13 and the Jaguars were 3-14.

Wilson wouldn’t even be playing in this prime-time matchup if Mike White was healthy. Wilson was benched a few weeks ago, but White suffered an injury to his ribs on Dec. 11. The Jets have lost three in a row and five of seven.

“I know I’m extremely excited just to get back on the field and get after it again,” Wilson said. “And it’s going to be a good matchup.”

Wilson is learning to handle adversity in the NFL.

“The biggest thing was there’s always going to be these ups and downs in football and you always have to believe in yourself and rely on your support system and understand this is all just kind of part of the process,” Wilson said. “And the bumps, the ups and downs, it’s tough, but you’ll eventually make your way through it. And along the way, you’re able to learn a lot of really good lessons and you’re able to almost be more aware as well.”

Lawrence struggled through tough times during a five-game losing streak earlier this season. He’s played outstanding football recently, though, and has 14 touchdown passes and only one interception in the last six games. The Jaguars overcame a 17-point deficit against Dallas last week and beat the Cowboys in overtime to move within one game of the Tennessee Titans in the AFC South.

“I would just say my mindset has shifted a lot. I’d say I have a lot of confidence back and I was able to bring myself back to reality and kind of flush everything that’s happened,” Lawrence said.

Use it obviously. You learn from all that stuff, but really did not allow one play or a few plays or weeks prior to affect the next week. That’s been the thing I’ve really been able to grow in and get better at. You even look at the game on Sunday, I had a couple mistakes, but you just got to keep playing. That’s what I said after the game. Made a couple of mistakes, and it could’ve cost us, but our defense stepped up for us both times. Then, I get another chance to go make that play. That’s where you see a lot of growth in me, in this team, just in general of where guys have stepped up, including myself. I think that’s been the biggest shift, is just how do you play each play as its own and not carry anything over. That’s always a challenge, but I think I’ve gotten a lot better at that this season.

Lawrence has a difficult challenge this week facing a defense that ranks third in the NFL in fewest yards allowed. Led by rookie cornerback Sauce Gardner, the Jets are holding quarterbacks to under 200 yards passing per game.

“They’re really well-coached,” Lawrence said. “They’re simple, but they know exactly where they’re supposed to be, what they’re doing, what their job is, they play together, and they play together really fast. I’d say that’s one of the bigger challenges this week is just playing a really disciplined group that plays really hard and just knows where they’re supposed to be.”