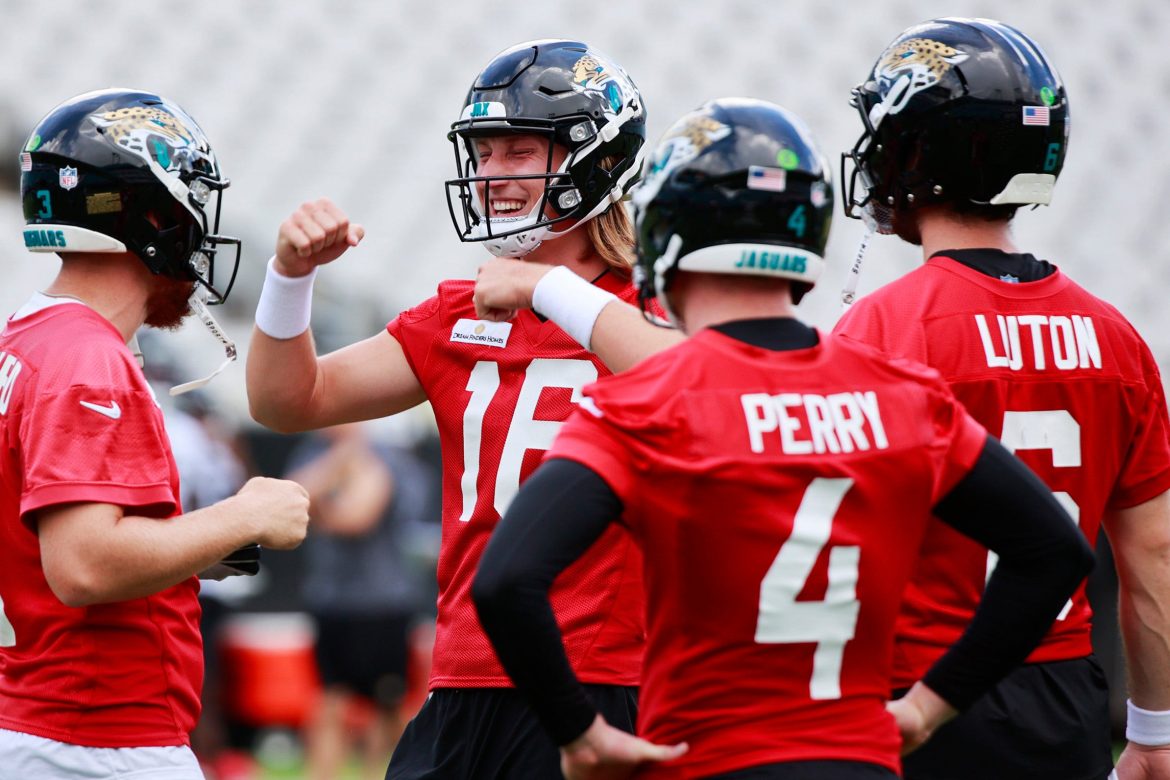 Trevor Lawrence has already put his disastrous rookie season in the past.

The 2021 No. 1 overall pick in the NFL draft won just three games in the first year with the Jacksonville Jaguars after losing only two of his 36 college starts at Clemson.

Perhaps even worse than all the losing was the tension surrounding the team under coach Urban Meyer, who was fired before finishing his first season. Many players and assistant coaches weren’t pleased with Meyer’s approach.

New coach Doug Pederson has a different personality. Pederson, a former backup quarterback who guided the Philadelphia Eagles to the franchise’s first Super Bowl victory in only his second season as a head coach in 2017, is friendly, engaging, and well-respected in the locker room.

“It’s been really smooth. I think everybody is on the same page, which is good,” Lawrence said Monday when the Jaguars held Day 7 of their organized team activities practices. “I think the way they built the staff is, everyone has a similar — not everyone’s going to think the same. Obviously, you need that diversity to be able to put you in the best position to win. But everyone’s on the same page and you can tell it’s very seamless. And also, when people talk, it’s not everyone trying to say their opinion. People pick and choose. I think they do a good job of communicating beforehand, so when we get into meetings, they kind of know exactly what they’re all thinking and they’re all on the same page.”

Lawrence, who led Clemson to a national championship as a true freshman following the 2018 season, struggled adjusting to life in the NFL. He threw only 12 touchdown passes and was intercepted 17 times in 17 starts.

But Lawrence has always leaned on his Christian faith and that perspective certainly helps him through rough patches.

“Football is important to me, but it’s not my life,” Lawrence declared early in his college career. “It’s not the biggest thing in my life. I would say my faith is. That just comes from knowing who I am outside of that. No matter how big the situation is, it’s not going to define me. I put my identity in what Christ says, who He thinks I am and who I know that He says I am. It really doesn’t matter what people think of me or how good they think I play. That doesn’t really matter. That has been a big thing for me, in my situation, just knowing that and having confidence in that.”

In Pederson, Lawrence has a coach who is relatable, and understands the nuances of playing quarterback and the mental challenges associated with it.

“Quarterback is an interesting position,” Lawrence said. “It’s not a big rah-rah, chew somebody out. I mean you have some coaches that are like that but for me, that’s just not what I need. I can have a conversation and Coach Pederson is great about that. At every play, he gives you a piece of feedback that another coach might not give you just because he knows what it’s like and it’s something little that he might see that someone else doesn’t see. Just having a head coach that can do that and really, really knows what he’s talking about is cool.”

Pederson, a fellow believer, gave all the glory to Jesus when he stood on the podium holding the Vince Lombardi Trophy after the Eagles beat Bill Belichick, Tom Brady, and the New England Patriots 41-33 to win the Super Bowl.

“The Holy Spirit revealed to me that you’re on the biggest stage in front of millions of people and it’s not to boast and it’s not to brag and it’s because of Jesus Christ and my relationship with him that I was able to stand on that podium and lead that team to victory,” Pederson said on Faith On The Field Show in 2018.