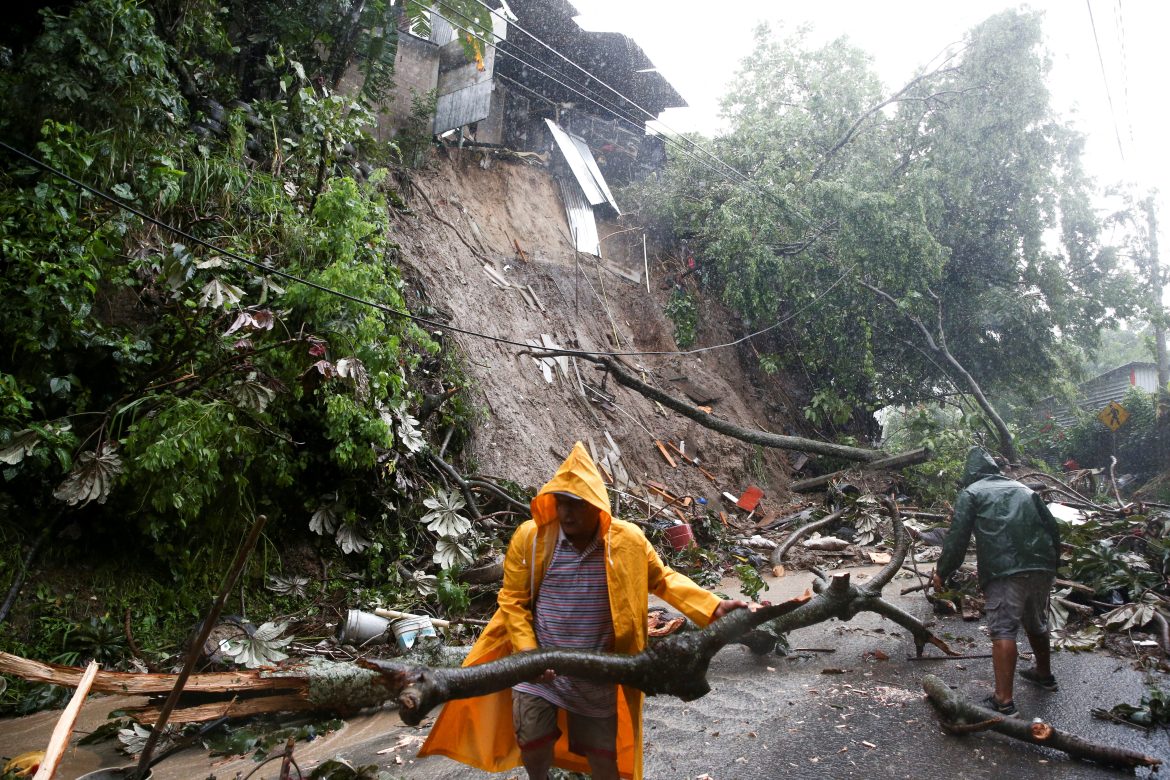 Tropical storm Julia is expected to dump heavy rains on parts of Central America and southern Mexico Monday after killing at least six people in the region since Saturday.

The storm, which crossed into the Pacific Ocean Sunday evening, was moving north-northwest Monday morning along the coast of El Salvador, according to the U.S. National Hurricane Center (NHC).

The Miami-based NHC forecasted Julia’s center to move near or over El Salvador and Guatemala before dissipating by Monday evening.

Heavy rains could cause life-threatening flash floods and mudslides across Central America as the storm weakens, the NHC said, with 5-10 inches of rainfall possible in El Salvador and southern Guatemala.

Salvadoran authorities reported the deaths of three people Monday morning. Two people in the eastern town of Guatajiagua died after heavy rains caused a wall to collapse on their home and a third person died after a tree fell on a home in the western town of Caluco.

The country’s civil protection agency said at least 830 people had been evacuated.

Early on Sunday, Julia made landfall on Nicaragua’s Caribbean coast before crossing into the Eastern Pacific later in the day.

In Honduras, a 22-year-old woman died Sunday after she was swept away by flood waters, and a young woman and a four-year-old boy also died after a boat capsized near the border with Nicaragua on Saturday night.

Honduran authorities said a fourth person was missing on Sunday night, and 9,200 people had sought refuge in shelters.

In Nicaragua on Sunday, Julia left a million people without power and heavy rains and floods forced the evacuations of more than 13,000 families.