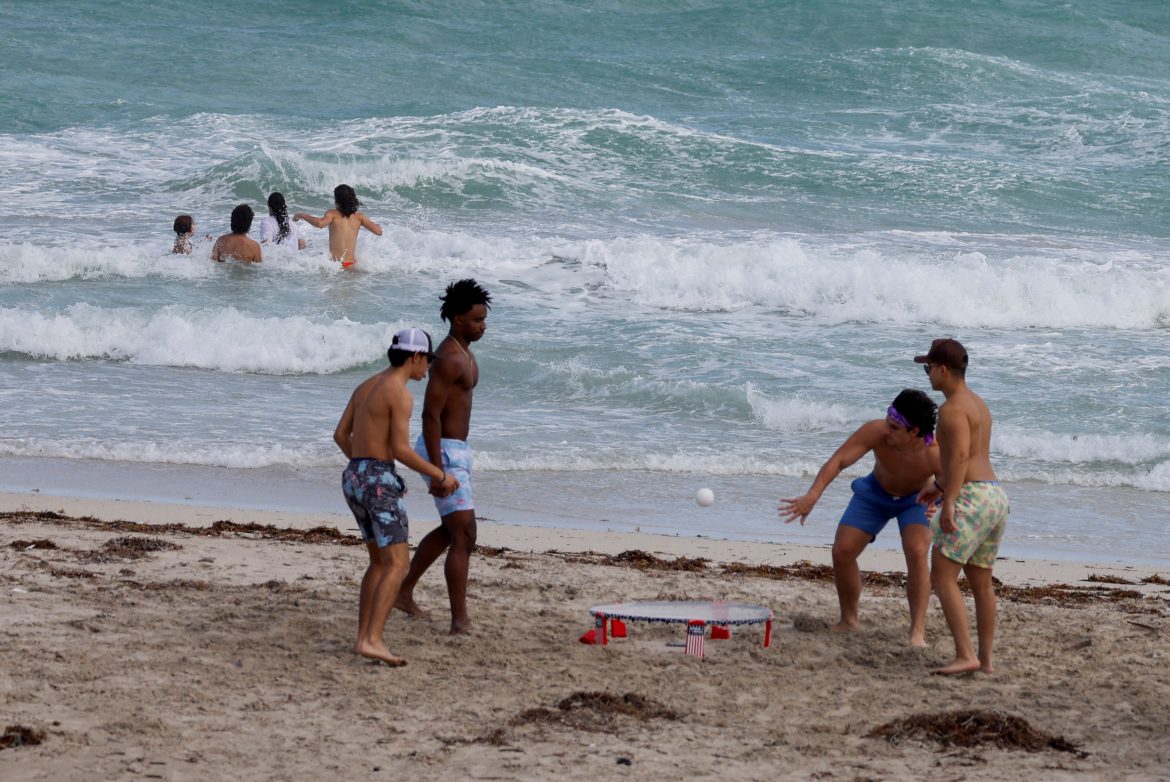 Tropical Storm Nicole was expected to gain strength and become a hurricane on Wednesday as it approached Florida’s Atlantic Coast, threatening to batter the region with a dangerous storm surge, downpours, and strong winds.

The storm, packing winds of 70 miles per hour, was about 60 miles east of Great Abaco Island and 240 miles west of Palm Beach, Florida, the National Hurricane Center said in an early morning advisory.

The storm, traveling at 13 miles per hour, was forecast to strengthen into a hurricane as it moved near or over the Bahamas by midday on Wednesday before it reaches Florida’s east coast later during the night, the hurricane center said.

Local media posted footage on social media sites showing white cap waves pushing inland along coastal beaches under ominous-looking skies. Conditions were expected to deteriorate throughout the day as parts of the region were forecast to get 6 inches of rain and 100 mph wind gusts along with a storm surge of 2 to 5 feet, the National Weather Service said as it issued various warnings.

“The storm surge will be accompanied by large and damaging winds. Residents in the warning area should listen to local officials,” the service added.

Several counties along the Florida coast issued mandatory and voluntary evacuation orders for residents who live near the coast and on barrier islands and opened shelters at schools and community centers.

Many school districts and universities in the region canceled classes for the rest of the week while Orlando International Airport announced it was ceasing commercial operations at 4 p.m. ET on Wednesday.

The storm was forecast to move into southern Georgia on Thursday before moving into the Carolinas on Friday.

In the Bahamas, some residents evacuated homes as winds and flooding affected areas including the island of Abaco.

Ann Wilmore, 60, of Dundas Town evacuated her trailer and sought refuge in a nearby house.

The Bahamas Department of Meteorology said there were reports of a nearly 4-foot storm surge north of the town of Treasure Cay in Abaco.

Videos made by Abaco residents showed that the yards of some homes were covered in water, though the buildings themselves did not appear to be flooded.

Prediction vs. reality: The uncertain outcome of the midterm races