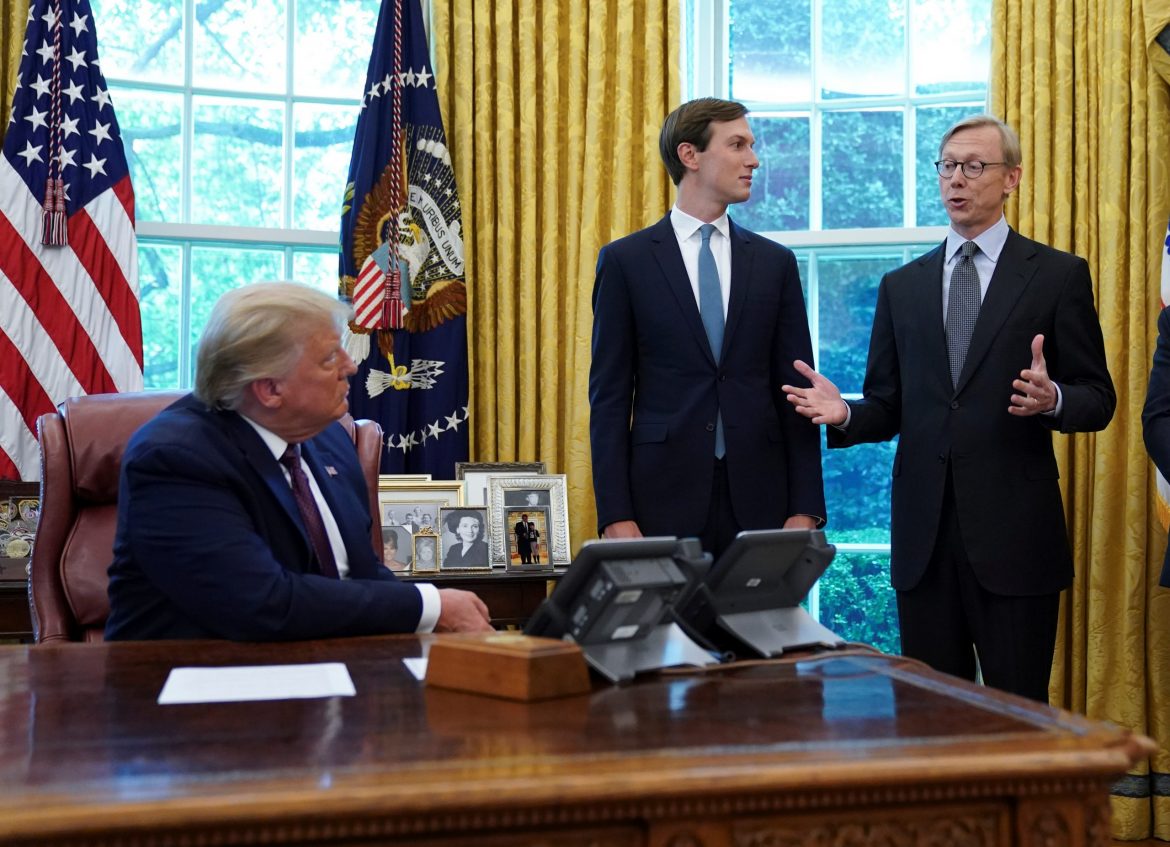 In a tweet on Friday, President Trump announced another deal brokered between a Middle Eastern nation and Israel:

Bahrain joined the United Arab Emirates in agreeing to normalize relations with Israel, a move forged partly through shared fears of Iran. “Opening direct dialogue and ties between these two dynamic societies and advanced economies will continue the positive transformation of the Middle East and increase stability, security, and prosperity in the region,” the United States, Bahrain, and Israel said in a joint statement.

Israel’s Prime Minister Benjamin Netanyahu said Bahrain’s decision marks a “new era of peace.” In a video statement, Netanyahu said: “For many long years, we invested in peace, and now peace will invest in us, will bring about truly major investments in Israel’s economy – and that is very important.”

Emirates Ministry of Foreign Affairs spokeswoman Hend al-Otaiba congratulated Bahrain and Israel, saying it marked “another significant and historic achievement which will contribute enormously to the stability and prosperity of the region.”

But Palestinians were dismayed, fearing the moves by the UAE and now Bahrain will weaken a long-standing pan-Arab position that calls for Israeli withdrawal from occupied territory and acceptance of Palestinian statehood in return for normal relations with Arab countries. “By normalizing ties with the occupation, Bahrain is breaking all Arab resolutions. It is rejected, condemned and it represents a betrayal of the Palestinian cause,” said Wassel Abu Youssef, a senior Palestine Liberation Organization official in Ramallah, in the West Bank. In Gaza, Hamas spokesman Hazem Qassem said Bahrain’s decision to normalize relations with Israel “represents grave harm to the Palestinian cause, and it supports the occupation.”

The biggest question now is whether Saudi Arabia, one of the most influential countries in the Middle East and a close ally of the United States, will follow suit. The Trump administration has tried to coax other Sunni Arab countries, including Saudi Arabia, to engage with Israel. Riyadh has so far signaled it is not ready.

Zaha Hassan, a visiting fellow at the Carnegie Endowment for International Peace, said Bahrain’s move was “especially disturbing” to Palestinians. “This move could not happen without a Saudi green light,” she said. “[Saudi] is under pressure to normalize, but cannot because of its position as the custodian of Islam’s holy places and the unpopularity of it on the street level. Bahrain was offered up as a consolation that will keep Saudi Arabia in Trump’s good graces.”

Sourced from Twitter and Reuters America Wire, edited for brevity.