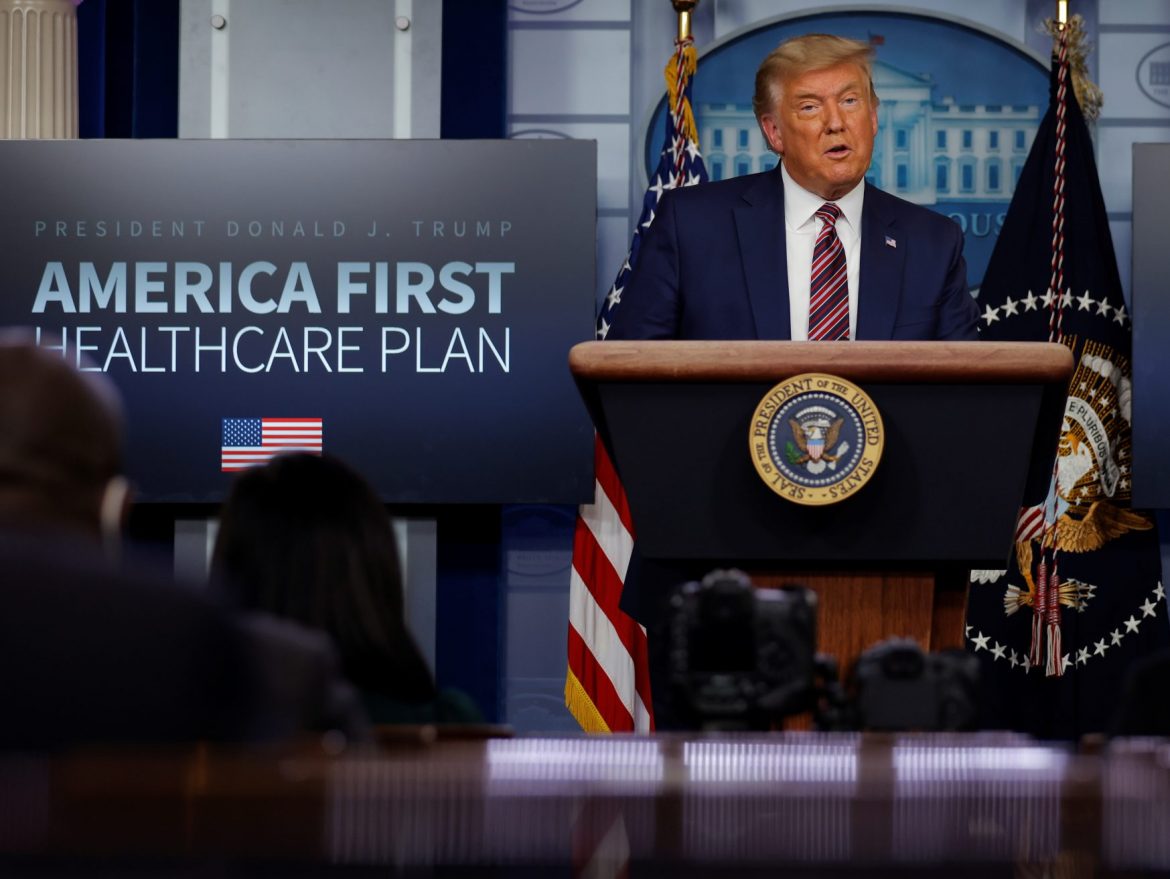 The first rule, as stated by Trump, will “save American seniors billions of dollars by preventing middlemen…from ripping off Medicare patients with high prescription prices.” Trump noted how, although most companies have discounts on prescription drugs they provide, middlemen “stop those discounts from going to the patients.” The President said that this rule requires prescription discounts to “go directly to people,” bypassing the middlemen.

The second rule announced by the President focuses on drug prices compared to other countries. Trump noted that many times Americans “pay massively higher prices than other nations pay for the same exact pill from the same factory….We would spend tremendous amounts of money in order to provide inexpensive drugs to another country.” Calling it the “Most Favorite Nation Rule,” Trump says Medicare can look at the lowest price paid for a drug and match that payment for purchases. He expects it to be implemented by January 1 of next year.

The President also ended the “Unapproved Drugs Initiative,” a program created in 2006 which gave the FDA the power of approval for any drug wishing to be “legally marketed,” according to their website. Under this initiative, the FDA was also allowed to remove a drug from stores that was not approved. Trump saw the program as giving the FDA “market exclusivity” on drug prices and said it “caused shortages of important medicines.”

Trump also brought up a rule he signed in at the end of September allowing pharmacies, wholesalers, and states to “legally import” drugs from Canada. He said this could be beneficial for governors looking for an inexpensive drug, if it is needed.

Lastly, the President said he is in the middle of finalizing a deal with federally funded health centers for Epipens and insulin. Azar and Verma supported the initiatives and praised the actions taken for overall transparency and price drops for pharmaceuticals.