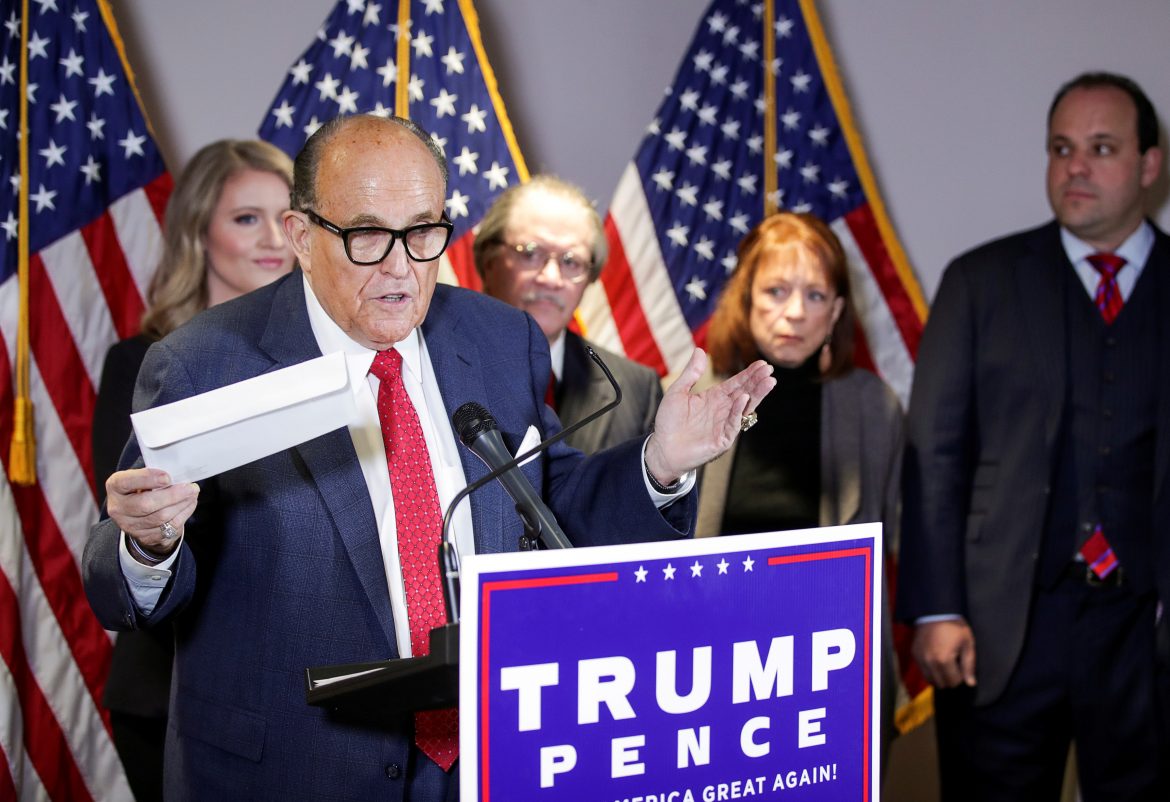 He said they found in key swing states, “more than double the number of votes needed to overturn the election, in terms of provable, illegal ballots.” Giuliani said the team has gathered hundreds of affidavits to support this claim.

Sidney Powell focused on Dominion voting systems and Smartmatic software. She claimed an algorithm was run across the country to flip votes, but was overwhelmed and that’s why states had to shut down counting in the middle of the night.  She also said late night Biden votes were fed into voting machines multiple times and printed on fake ballots.  Powell called for a criminal investigation into the jurisdictions that used Dominion.

Jenna Ellis explained Giuliani’s and Powell’s presentations were meant to act as “opening statements” and a brief overview. She attacked media outlets for failing to cover fraud allegations and said opinions about the case don’t matter but the facts do.