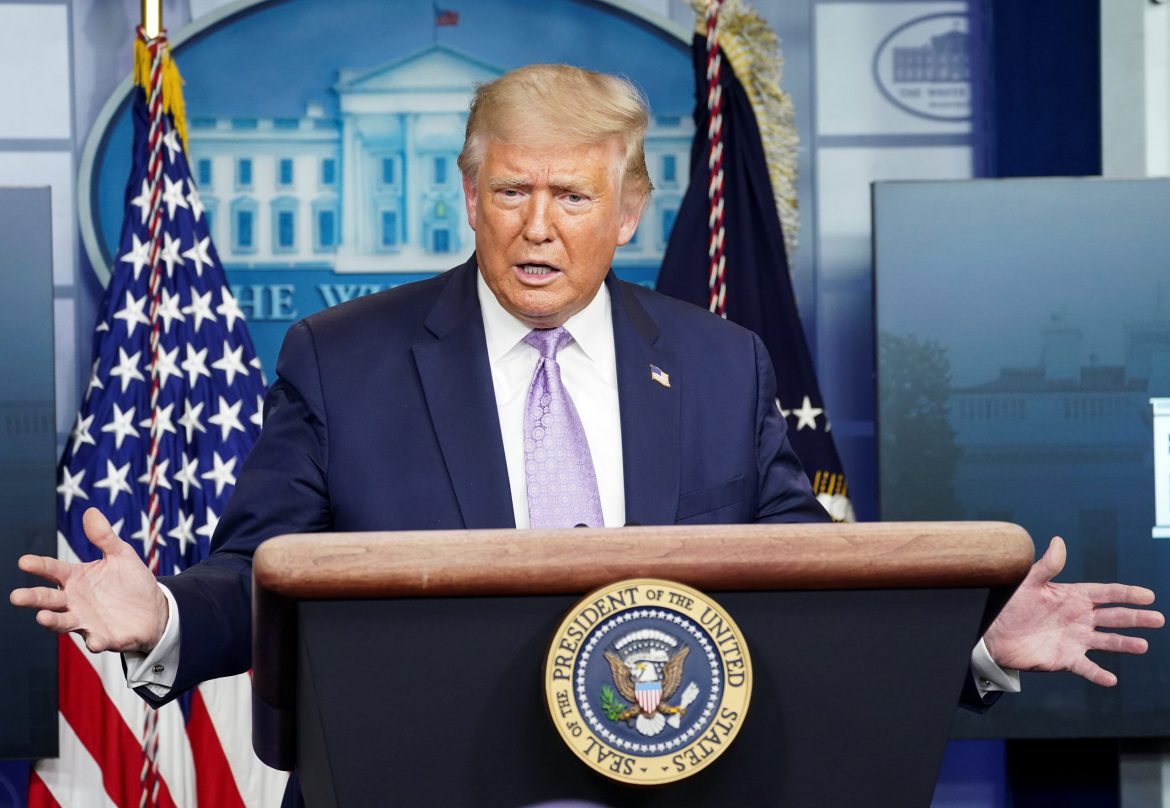 In an interview with the New York Post President Donald Trump said that he is planning on giving his acceptance speech for the Republican nomination on the White House lawn, citing easier security setup, the coronavirus, and lower costs as reasons for the location.

“I’ll probably be giving my speech at the White House because it is a great place. It’s a place that makes me feel good, it makes the country feel good,” he told The Post. “We’d do it possibly outside on one of the lawns, we have various lawns, so we could have it outside in terms of the China virus . . . We could have quite a group of people. It’s very big, a very big lawn. We could have a big group of people,” the president said.

Originally, the majority of the RNC was to be held in Jacksonville, Florida, but the plans were scrapped due to COVD-19. Similarly, the DNC will be held virtually, with Joe Biden accepting the Democratic nomination from his home in Delaware.

The choice of the White House as the location has drawn criticism from Democrats, as well as some Republicans saying it is inappropriate due to the overtly political nature of the event.

Sourced from the New York Post and the Hill