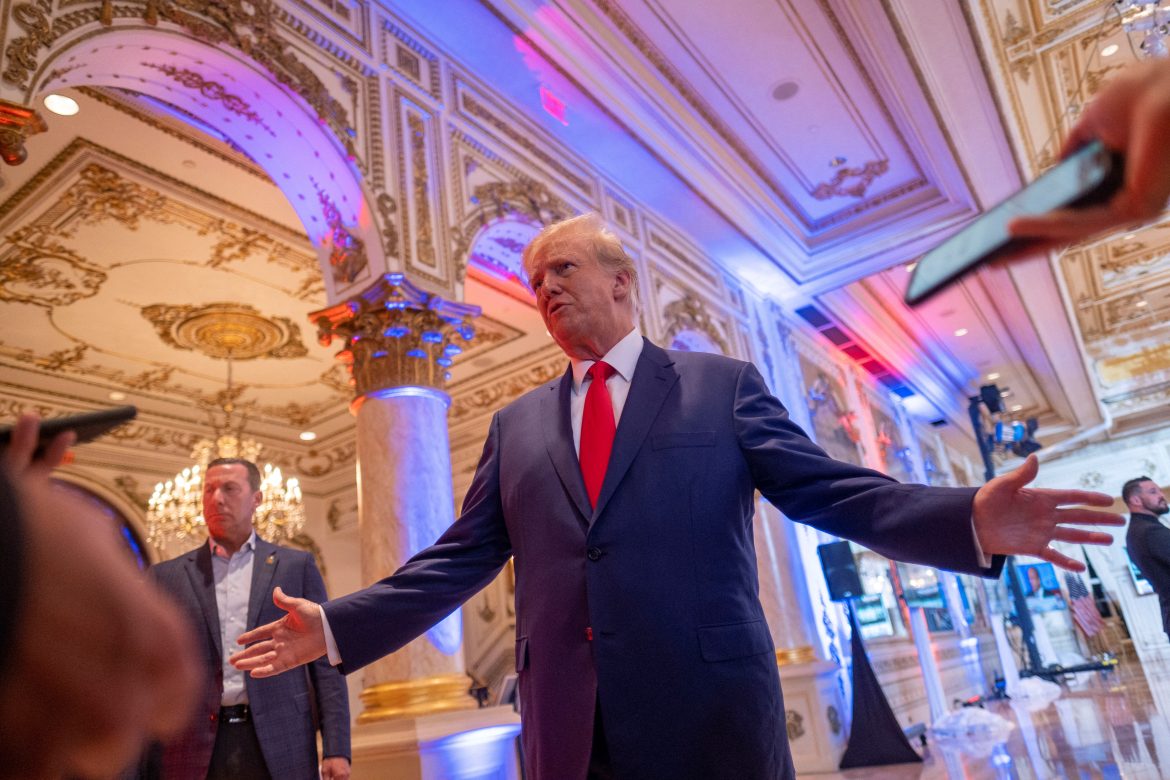 Former President Donald Trump, who is expected to announce a third bid for the White House next week, warned Florida Governor Ron DeSantis against challenging him, saying “it wouldn’t be good for the party.”

Trump also appeared to threaten DeSantis with blackmail if he did decide to run. “I would tell you things about him that won’t be very flattering — I know more about him than anybody — other than, perhaps, his wife,” Trump said.

Trump has been ramping up his hostility towards DeSantis in recent days. On Sunday, while campaigning in Pennsylvania, Trump slapped the governor with the nickname, “Ron DeSanctimonious.”

Trump’s comments come as DeSantis secured a stunningly decisive victory in Tuesday’s election. Just four years ago, DeSantis defeated Democrat Andrew Gillum by less than 33,000 votes (.4%). With 99% of precincts reported as of 10:50 a.m. this morning, DeSantis was leading challenger Charlie Crist by more than 1.5 million votes (19.42%).

At his victory party, DeSantis’s supporters enthusiastically chanted, “Two more years!” in an obvious endorsement of DeSantis in the 2024 presidential election. The governor reacted to the crowd with a smile and said “Thank you very much.”

While DeSantis has not said whether or not he is running for president, he is widely viewed as the strongest potential challenger to Trump in a hypothetical primary.

Most polls show Trump defeating DeSantis in a primary election by a wide margin, though there have been some exceptions.

That margin is expected to tighten following a midterm cycle where DeSantis and Florida Republicans saw blowout victories, while many Trump-backed candidates either lost or ran uncomfortably tight races in what was expected to be a “wave” election.

Greece to ban sale of spyware amid wiretapping scandal