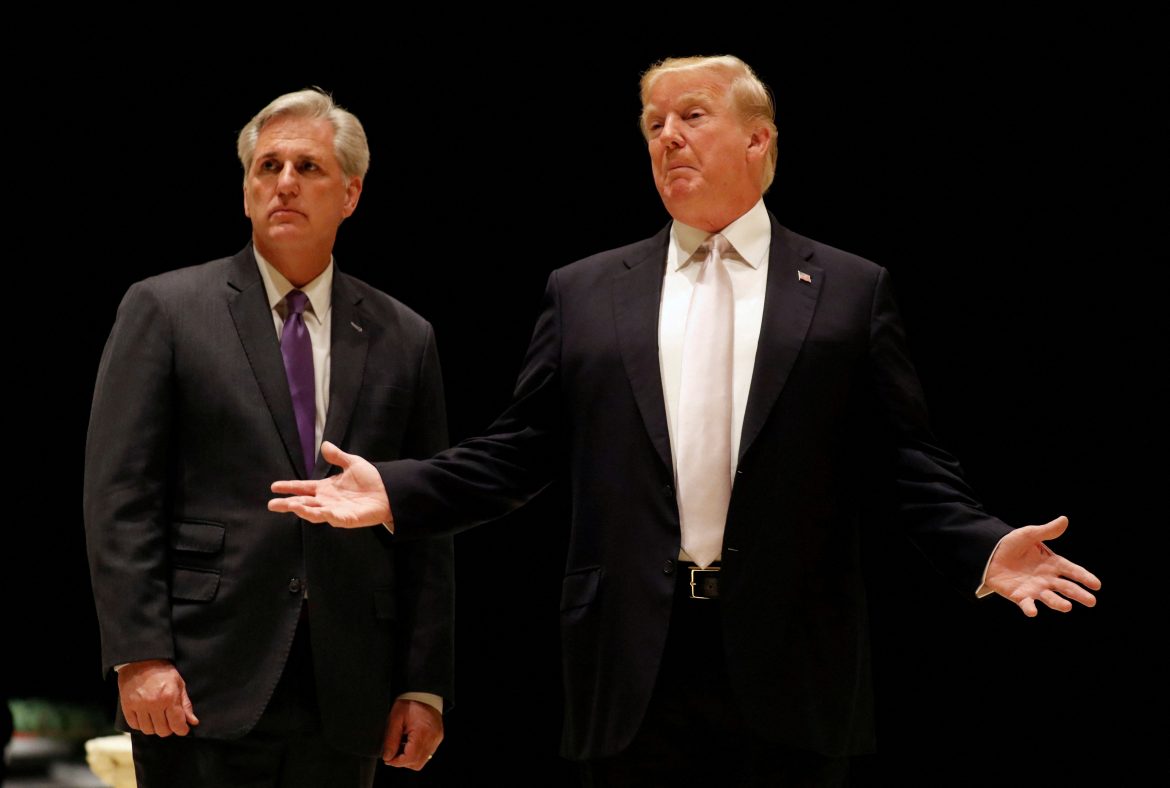 In an interview on Monday with David Brody, former President Donald Trump said he would “handle things” if Florida Gov. Ron DeSantis decides to run against him in the 2024 U.S. presidential election.

“I got him elected, pure and simple,” Trump said of DeSantis’ gubernatorial victory in 2018. “So, … now I hear he might want to run against me. So, we’ll handle that the way I handle things.”

Several polls show GOP support moving away from the former president and toward DeSantis. In a WPA Intelligence poll conducted between Jan. 2 through Jan. 8 of this year, individuals deemed ‘likely voters’ said they would choose DeSantis over President Joe Biden, 45 to 42 percent, in a hypothetical 2024 presidential race. When asked about the former president versus the current president, Trump lost to Biden 41 to 49 percent.

Additionally, a Vanderbilt University poll in December had DeSantis leading Trump 54 to 41 percent with Tennessee Republicans.

Trump lashed out last year against Desantis, nicknaming him “DeSanctimonious,” following unconfirmed rumors that the governor plans to run against him in 2024. The former president has also stated that DeSantis was “an average governor with great public relations” and criticized the Florida governor’s response to the pandemic.

“What you learn is all that’s just noise,” DeSantis said in November. “And really what matters is are you leading? Are you getting in front of issues? Are you delivering results for people? And are you standing up for folks? And if you do that, then none of that stuff matters.”

Despite Trump’s recent attacks on DeSantis, the former president backed Desantis to be Florida’s governor in 2018 and 2022, with DeSantis garnering victories in both races.

DeSantis has continued to amass support in the Republican party in recent years through policies he’s instituted in Florida favored by conservatives.

In March of 2022, DeSantis signed the Parental Rights in Education bill, prohibiting “classroom discussion in grades K-3 on gender orientation and sexual identity.” Additionally, the Florida governor has rejected mask and vaccine mandates and recently called for legislation banning future mandates by “penaliz[ing] companies that require employees to wear masks or be vaccinated for COVID-19,” according to the Tampa Bay Times.

“More Americans are learning about Ron DeSantis and the good he’s done as the governor of Florida,” McIntosh said. “Of the potential candidates surveyed, DeSantis has high favorability with room to grow.”