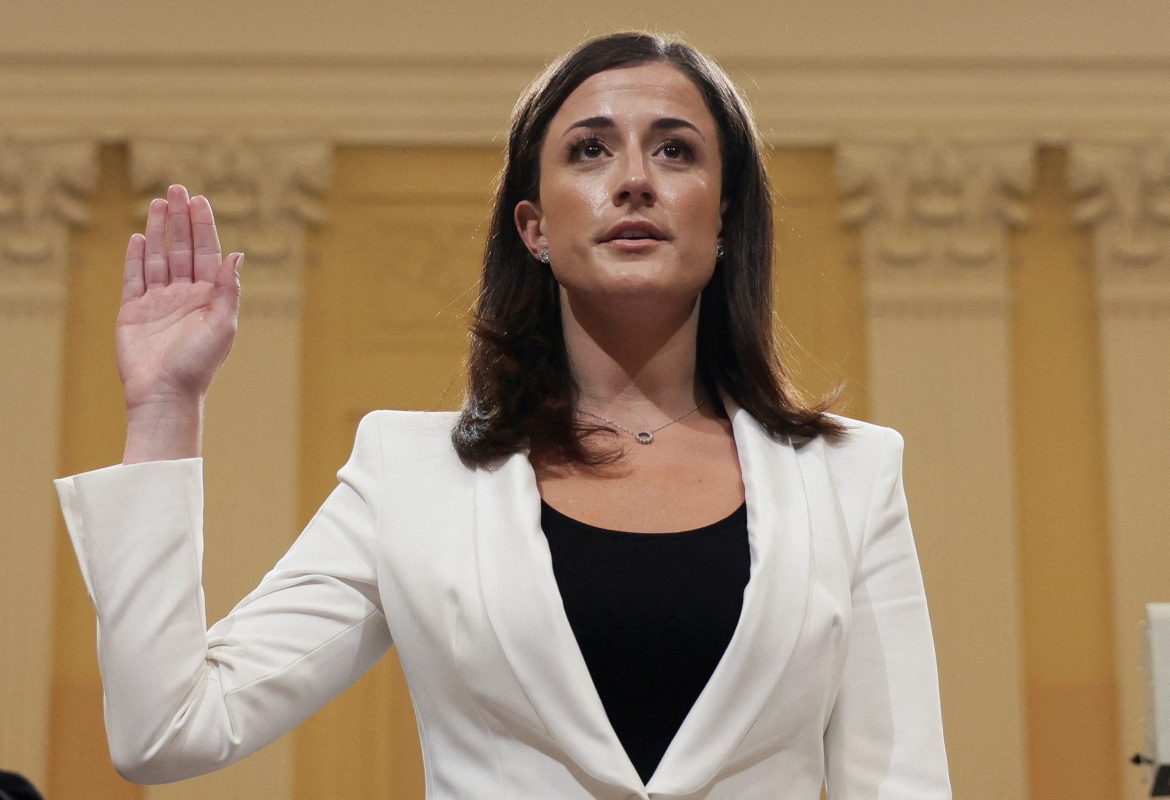 On the sixth day of hearings in the Jan. 6, 2021, Capitol breach investigation, former White House aide Cassidy Hutchinson testified that as the riot unfolded, Trump ordered his security detail to turn the presidential limousine around and take him to the U.S. Capitol so that he could join his supporters. She said that when the driver refused his command, Trump became enraged and attempted to take control of the wheel, allegedly yelling, “I’m the effing president. Take me to the Capitol now.” She also testified that Trump lunged at the driver when he told the President he was taking him back to the White House.

“I am the effing president, take me up to the Capitol now.”

Cassidy Hutchinson says Trump reached to grab the steering wheel when his security detail refused to take him to the Capitol — and lunged at his clavicle. pic.twitter.com/X6UQZvf1iT

Hutchinson told the panel that Trump also demanded that security stop using metal-detecting magnetometers to screen supporters who had gathered for his rally outside the White House, quoting him as saying, “Take the effing mags away; they’re not here to hurt me.”

Hutchinson did not witness the alleged lunging incident personally, according to her testimony, but said that the information was relayed to her by Tony Ornato, a senior Secret Service official who was Trump’s deputy chief of staff for operations.

Ornato, however, denied Hutchinson’s accounting of the information and said he is prepared to testify under oath that Trump never lunged for the steering wheel, according to CNN, citing unnamed sources.

NBC separately reported that the head of Trump’s security detail, Robert Engel, as well as the limousine driver both said they would voluntarily testify under oath that Hutchinson’s recounting of the events that day are false.  Hutchinson testified that Engel was in the room with her when Ornato reportedly described Trump’s actions.

Also, during the course of Hutchinson’s testimony Rep. Liz Cheney (R-Wyo.) displayed a handwritten note which Hutchinson said she had written, per dictation from Meadows, as potential response for Trump to recite regarding the riot.

Sources familiar with the matter, however, told ABC that former Trump attorney Eric Herschmann had previously testified that he, in fact, had authored the note.

“The handwritten note that Cassidy Hutchinson testified was written by her was in fact written by Eric Herschmann on January 6, 2021,” a spokesperson for Herschmann told ABC News Tuesday evening.

“All sources with direct knowledge and law enforcement have and will confirm that it was written by Mr. Herschmann,” the spokesperson said.

If Hutchinson’s testimony is refuted under oath, potentially by several witnesses, it would prove to be a significant blow to the committee which set the former White House aide up as a star witness in the hearings.

“The Committee trusts the credibility of a witness who was willing to testify under oath and in public but is also willing to hear any information that others may have that would aid in their investigation,” a panel spokesperson told CNN.

Hutchinson’s lawyer Jody Hunt wrote on Twitter that his client had “testified, under oath, and recounted what she was told. Those with knowledge of the episode also should testify under oath.”

Trump slammed Hutchinson’s testimony on his Truth Social account, writing, “Her Fake story that I tried to grab the steering wheel of the White House Limousine in order to steer it to the Capitol Building is ‘sick’ and fraudulent.”

“We learned of the new information shared at today’s hearing and plan on responding formally and on the record as soon as they can accommodate us,” Trump added.

Members of the bipartisan panel lauded Hutchinson’s bravery for testifying and said that other witnesses had been too intimidated to cooperate.

“I want all Americans to know that what Ms. Hutchinson has done today is not easy,” said Rep. Liz Cheney (R-Wyo.) who led Tuesday’s questioning.

At the conclusion of the hearing, Cheney and Hutchinson embraced.

She said that she did not witness this but was told this by anotther aid. But if he lunged or not isnt the point the point is he did nothing to help the situation but wanted to escalte it. He wanted to go to the Capitol not to calm things down but to rally his far right base. Five people died that day plus it shook the nation we need to stop supporting this sorry excuse for a man, he is not a Christian that I can see and continued support weakens are credibility.