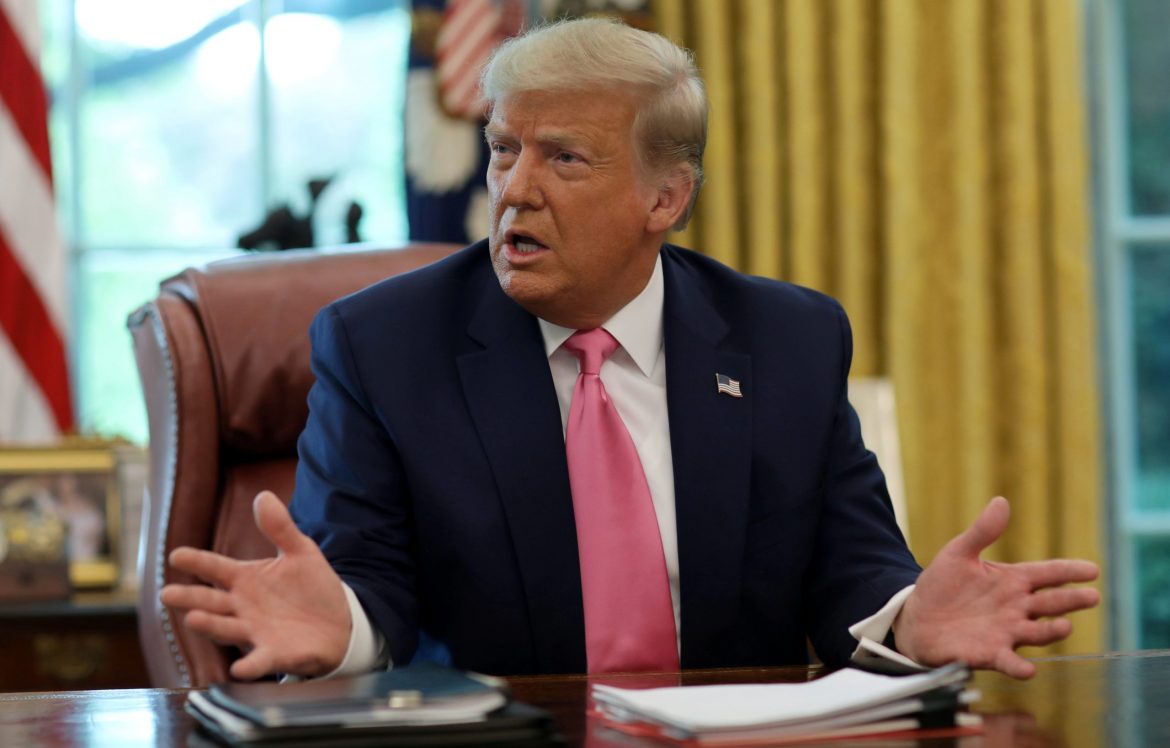 President Donald Trump signed an executive order on Tuesday, “Excluding Illegal Aliens From the Apportionment Base Following the 2020 Census,” meaning illegal immigrants will not be considered “inhabitants” of a state for the purposes of congregational representation.

The order asserts it is the President who  “makes the final determination regarding the “whole number of persons in each State,” which determines the number of Representatives to be apportioned to each State . . .”

The order explains, “Although the Constitution requires the ‘persons in each State, excluding Indians not taxed,’ to be enumerated in the census, that requirement has never been understood to include in the apportionment base every individual physically present within a State’s boundaries at the time of the census.  Instead, the term “persons in each State” has been interpreted to mean that only the “inhabitants” of each State should be included.”

Finally, the order argues, “Excluding these illegal aliens from the apportionment base is more consonant with the principles of representative democracy underpinning our system of Government.” And that “Affording congressional representation, and therefore formal political influence, to States on account of the presence within their borders of aliens who have not followed the steps to secure a lawful immigration status under our laws undermines those principles.”