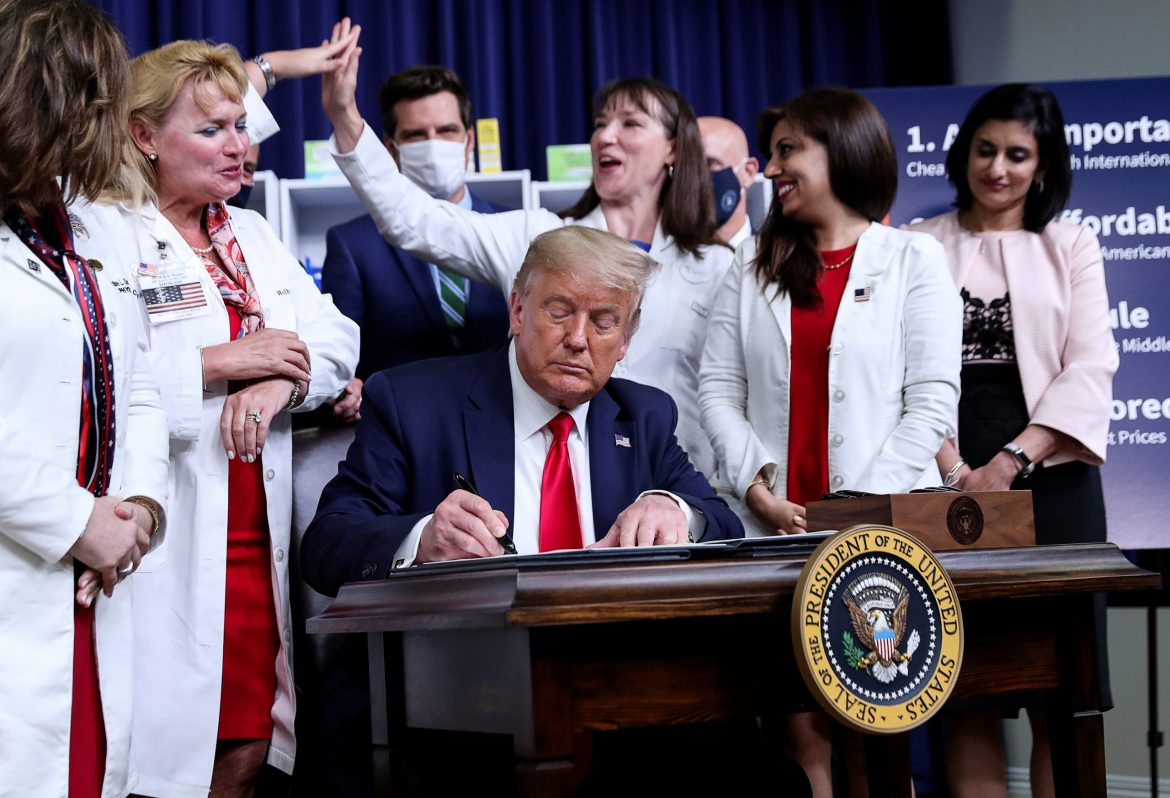 U.S. President Donald Trump on Friday signed four executive orders aiming at lowering prices that Americans pay for prescription drugs as he faces an uphill re-election battle and criticism over his handling of the coronavirus pandemic.

One order would allow for the legal importation of cheaper prescription drugs from countries like Canada, while another would require discounts from drug companies now captured by middlemen to be passed on to patients, Trump said.

Another measure seeks to lower insulin costs while a fourth, which might not need to be implemented if talks with drug companies are successful, would require Medicare to purchase drugs at the same price that other countries pay, Trump said.

Executives of top drug companies have requested a meeting to discuss how they can lower drug prices, the president added.

Trump also announced that the White House will soon propose a new healthcare bill, but provided no other details.