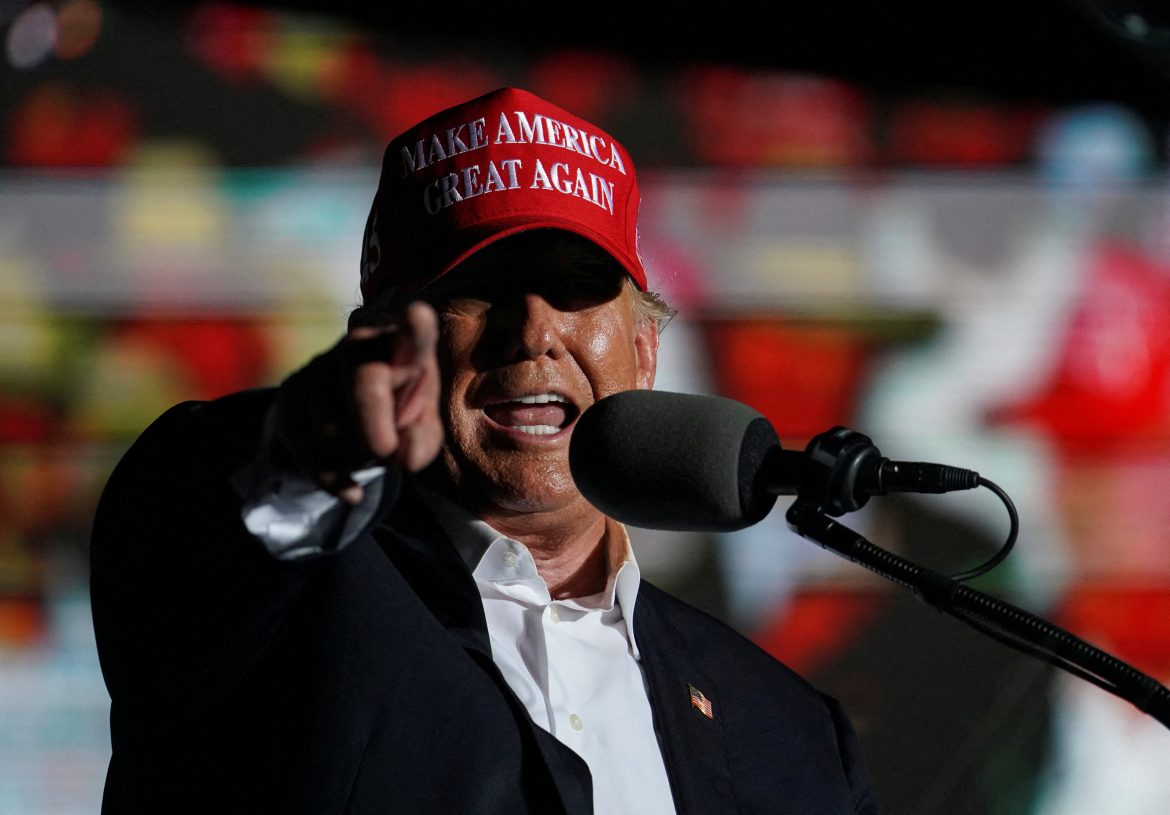 The battle is now being waged in multiple states, online, and in the media, to say nothing of courtrooms. Within the past 48 hours, Trump has sued James in Florida and had a New York judge appoint an independent monitor over the trust that controls the Trump Organization.

In Florida, Trump sued James in an effort to prevent her from accessing records from the trust, a move that could complicate things in New York.

“In furtherance of her attempts to steal, destroy or control all things Trump, James has become preoccupied with obtaining a copy of President Trump’s revocable trust,” the filing reads.

In brief, Trump is arguing that James is violating the Florida state constitution by attempting to meddle in his business interests and is operating in bad faith, and exceeding her authority.

“New York State is one of the most crime-ridden places on earth with murders, robberies, drug deals, and every other form of crime setting records on a weekly basis,” Trump wrote on Truth Social Wednesday. “While James does nothing to protect New York against these violent crimes and criminals, she attacks great and upstanding businesses which have done nothing wrong, like the very successful, job and tax-producing Trump Organization that I have painstakingly built over a long period of years.

“Crooked and highly partisan James now thinks it is the business of the State of New York to go after my revocable trust and pry into my private estate plan, only to look for ways to recklessly injure me, my family, my businesses, and my tens of millions of supporters.”

James, in a statement given to CNN via a spokesperson, rejected Trump’s premise.

Multiple judges have dismissed Donald Trump’s baseless attempts to evade justice, and no number of lawsuits will deter us from pursuing this fraud We sued Donald Trump because he committed extensive financial fraud. That fact hasn’t changed, and neither will our resolve to ensure that no matter how powerful or political one might be, no one is above the law.

Trump, though, believes James’ civil suit is a cog in a larger effort to damage his political standing, what he described in the filing as a “relentless, pernicious, public, and unapologetic crusade … with the stated goal of destroying him personally, financially, and politically.”

“If I were not elected President of the United States, and now leading in the polls by substantial margins against both Democrats and Republicans, this would not be happening,” Trump wrote on Truth Social. “We have to stand up for our Country, fight against illegal persecution, and Make America Great Again!”

If Trump was indignant Wednesday, he was positively apoplectic Thursday following developments in the $250 million civil suit James filed against Trump and his adult children in September over alleged fraudulent valuations of his property.

Thursday, presiding Judge Arthur Engoron appointed an independent monitor to oversee the Trump Organization’s business practices, a move Engoron said was appropriate because of “persistent misrepresentations throughout every one of Mr. Trump’s [Statements of Financial Condition] between 2011 and 2021.”

Engoron’s ruling was completely on the side of James, who sought and received an injunction to “stop engaging in financial fraud” while the case was ongoing. The judge ruled that the Trump Organization could not seek to sell, transfer, or dispose of any property without first notifying James’ office and the court.

The independent monitor, who Trump will be required to pay, will be the party responsible for ensuring this injunction is honored and will have access to virtually any Trump Organization business record.

“Time and time again, the courts have ruled that Donald Trump cannot evade the law for personal gain,” James said in a statement. “Today’s decision will ensure that Donald Trump and his companies cannot continue the extensive fraud that we uncovered and will require the appointment of an independent monitor to oversee compliance at the Trump Organization. No number of lawsuits, delay tactics, or threats will stop our pursuit of justice.”

It is unclear if Trump’s anger was sparked more by the appointment of the independent monitor or the negative statements in Engoro’s ruling — both were serious blows — but Trump was irate on Truth Social.

“A puppet judge of the New York Attorney General and other sworn enemies of President Trump has just issued a ruling never before seen in America,” Trump wrote. “It is Communism come to our shores … Today’s ridiculous ruling by a politically-motivated, hand-picked judge makes it even more vital for courts in New York and Florida to do the right thing and stop this inquisition.”

The former president did not explain what about the ruling he found unprecedented in his statement, but his response to the injunction filing indicates that he feels the independent monitor constitutes the government “nationalizing” his business.

In his ruling, Engoron stated that Trump was conflating the independent monitor with an independent receiver. The former, Engoro said, is granted only the ability to see and report business actions whereas the latter would actually have the administrative power to make business decisions.

Trump’s attorneys continue to argue that discrepancies between the actual and stated value of the property in question were part of a negotiation strategy rather than a fraud.