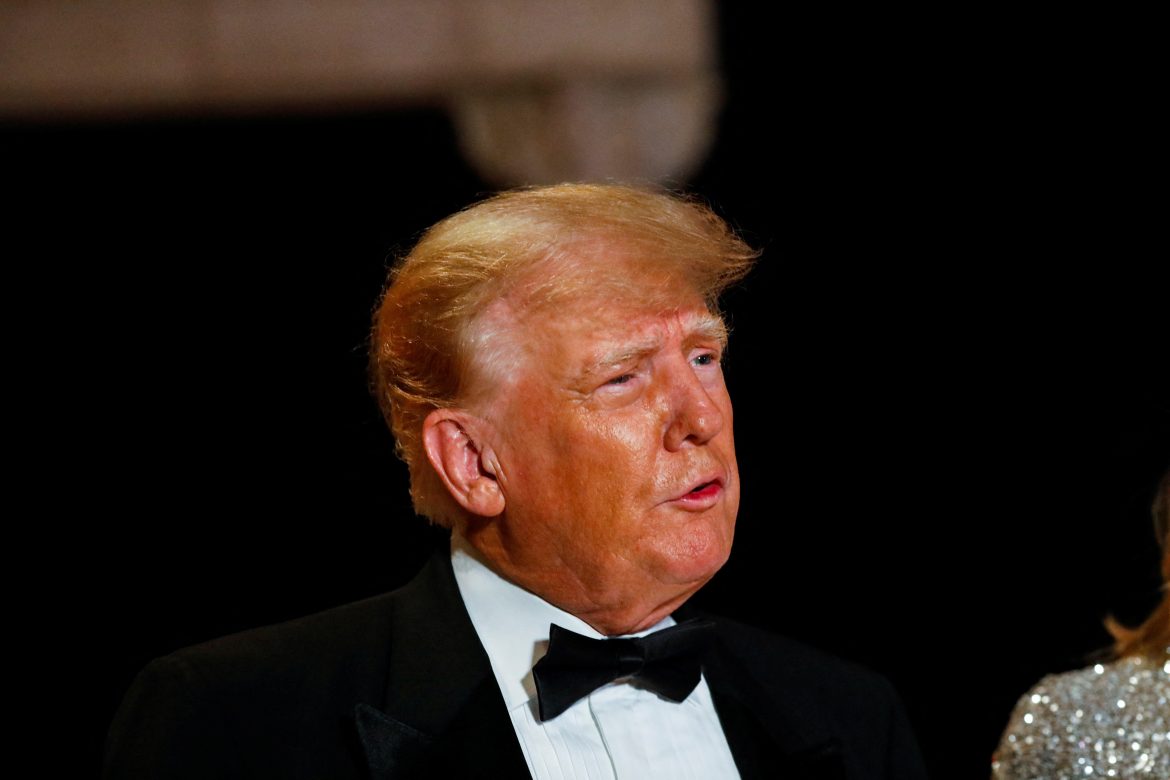 Donald Trump’s 2024 presidential campaign team has promised to “wage an overwhelming campaign that’s never been seen before” with the rollout of their plans for 2023.

Cheung also said that Trump has been busy meeting with members of Congress and making appearances at conservative events, including those hosted by the Republican Jewish Coalition and the America First Policy Institute, with several more scheduled in the coming year.

“There will be more policy-related events and President Trump will continue to lead on key issues like [he] has done on free speech and the border crisis in the past few weeks,” Cheung said.

“Additionally, more print, on-camera, and radio interviews with the press have been scheduled so President Trump can lay out his vision for the campaign and highlight Joe Biden’s disastrous policies that have made America less safe and less prosperous,” he added.

Meanwhile, since announcing his official 2024 candidacy in mid-November, Trump has released a series of videos on a variety of topics including the border crisis, the $1.7 trillion Omnibus, and the Jan. 6 Committee’s final report. In his first campaign video, Trump discussed free speech protections and vowed to ban the federal government from censoring the “lawful speech of American citizens” as one of his first acts, if elected.

Support for the former president among conservatives has waned in recent months amid a series of legal woes, scandals, and, most recently, criminal referrals made by the Jan. 6 select committee over his role in the 2021 Capitol riot. Some Republicans have also attributed November’s disappointing GOP midterm election results directly to “unelectable” Trump-backed candidates.

The flagging enthusiasm for a second Trump term has also been reflected in recent polling, including a December poll showing that voters overwhelmingly prefer Ron DeSantis over Trump in a hypothetical primary contest, despite the fact that the Florida governor has thus far not revealed any intention to make a bid for the White House, though speculation abounds that he intends to do so.

Trump also appears to have lost the support of some of his top administration officials, including former Vice President Mike Pence, who recently suggested that his former boss should step aside to allow “new leadership” to take the reins in Washington.

“I think we’ll have better choices … than my old running mate,” Pence said during a CNN Town Hall in November.

“I think America longs to go back to the policies that were working for the American people, but I think it’s time for new leadership in this country that will bring us together around our highest ideals.”

Trump’s former United Nations Ambassador Nikki Haley, whose name, along with Pence’s, has been floated as a possible presidential candidate, said in December of 2021 that she did not think Trump would seek a second term because he had “fallen so far” and “let us down,” in terms of his actions leading up to and during the Capitol riot.

Meanwhile, former Secretary of State Mike Pompeo, whose name has also been mentioned as a possible White House contender, tweeted after the midterms: “We were told we’d get tired of winning. But I’m tired of losing. And so are most Republicans,” a clear reference to a remark made by Trump during a 2016 campaign speech in which he declared: “We will wave so much winning if I get elected that you may get bored with winning.”

The Daily Caller noted that Trump’s bid for a second term was scarcely referenced from the stage at Turning Point USA’s AmericaFest last month, “the largest multi-day conservative conference” in the nation. The news service reported that prominent attendees, including Fox News’ Tucker Carlson and Missouri Sen. Josh Hawley, declined to respond to questions about whether they would support Trump over DeSantis in a hypothetical match-up. Some, however, said off-camera that they would support the former president over the Florida governor, including Reps. Matt Gaetz and Byron Donalds, both of whom represent districts in the Sunshine State.

Gaetz also praised DeSantis’s leadership but suggested that now is not the right time for him to seek the highest office in the nation.

“Ron will be president one day. He’s a great guy, a great leader, but, in this moment, President Trump has a unique ability to marshal the populist energy that can break through the corrupt establishment,” he said.

The Trump campaign also kicked off the new year with a redesigned website, which prominently features a declaration that, under a second Trump presidency, America “will achieve a future of prosperity, security, and peace — creating once again the greatest economy in the history of the world, defending our borders, restoring energy independence, and leading with strength and pride on the world stage.”