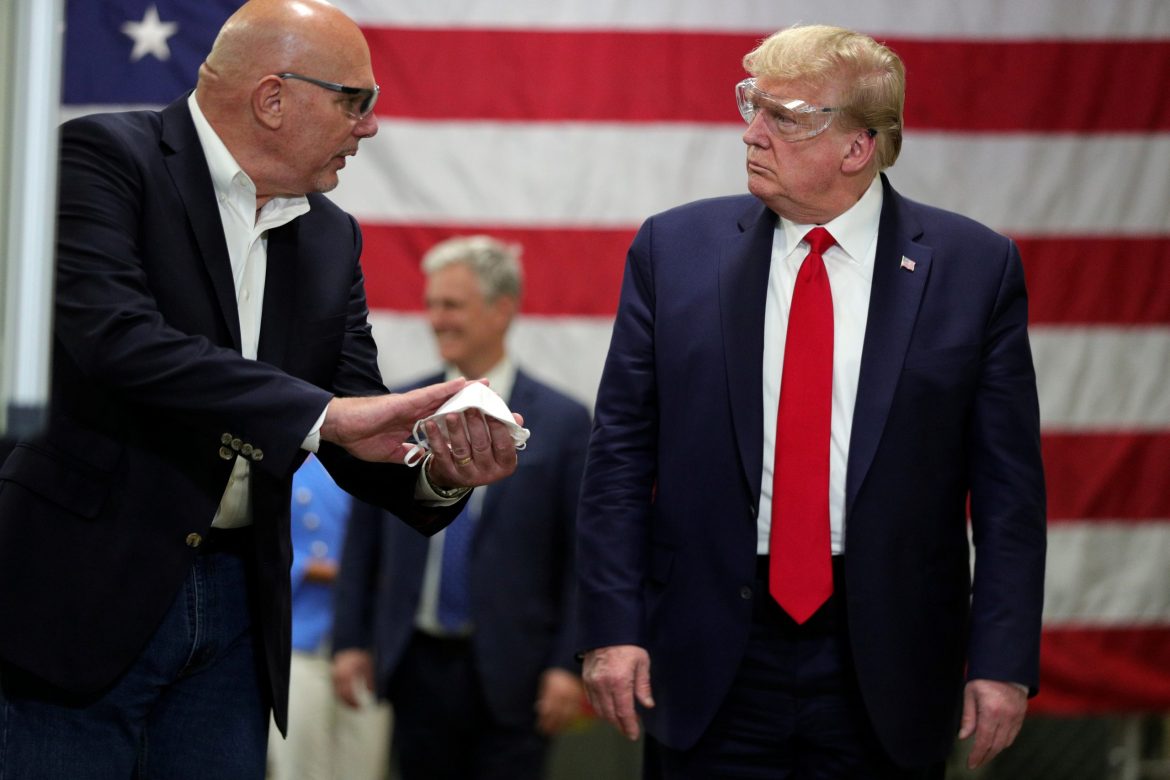 U.S. President Donald Trump and Vice President Mike Pence have tested negative for the novel coronavirus after a member of the U.S. military who works at the White House was found to have been infected, a White House spokesman said on Thursday.

The military official was identified by CNN as a personal valet to Trump.

Trump has now been tested at least twice for the coronavirus and both times tested negative. A test on April 2 came out negative, the White House said. White House adviser Kellyanne Conway said on Thursday the president was being tested routinely.

On April 3, the White House said that anyone expected to be near Trump or Pence will be given a rapid COVID-19 test out of an abundance of caution.

White House staff working in the West Wing have not been wearing masks around the president or each other. During a trip to Arizona on Tuesday, the president, military personnel, Secret Service agents, and White House aides did not wear masks.