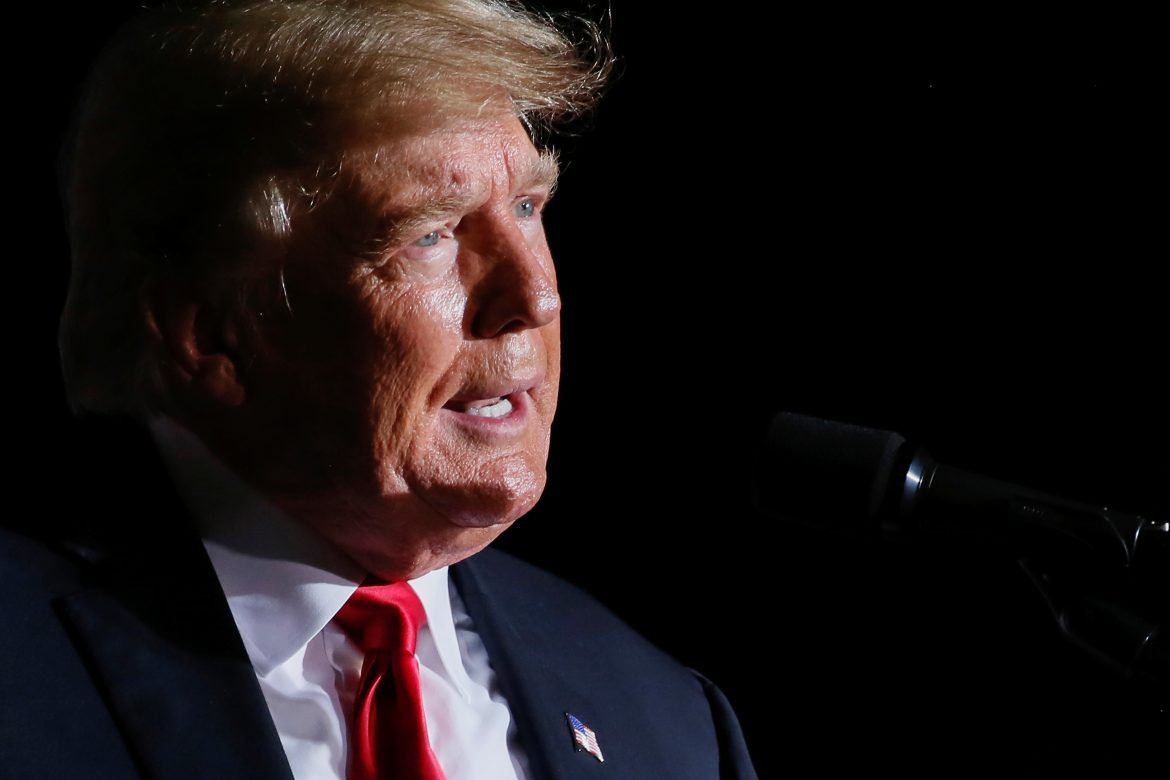 Former President Donald Trump announced on Wednesday his plans to launch his own social media network in order to provide a platform that will give equal footing to conservative viewpoints.

According to a press release, the Trump-backed “TRUTH Social” was created “to give a voice to all” and “create a rival to the liberal media consortium and fight back against the ‘Big Tech’ companies of Silicon Valley, which have used their unilateral power to silence opposing voices in America.”

“I’m excited to soon begin sharing my thoughts on TRUTH Social and to fight back against Big Tech,” said Trump. “Everyone asks me why doesn’t someone stand up to Big Tech? Well, we will be soon!” Trump also decried the double standard that the large social media platforms seem to promote:

We live in a world where the Taliban has a huge presence on Twitter, yet your favorite American President has been silenced. This is unacceptable.

Invited guests will be able to participate in a beta launch next month. A full launch is expected to take place during the first quarter of 2022.

The new platform is part of a definitive merger agreement between Trump Media & Technology Group (TMTG) and Digital World Acquisition Corp (DWAC). The merger paves the way for TMTG to become a publicly-listed company. DWAC, according to MarketWatch, was founded in December of 2020 as a “blank-check” company created for the sole purpose of either acquiring or merging with other companies.

Patrick F. Orlando, Chairman/CEO of DWAC, stated, “Digital World was formed to create public shareholder value and we believe that TMTG is one of the most promising business combination partners to fulfill that purpose,” adding “Given the total addressable market and President Trump’s large following, we believe the TMTG opportunity has the potential to create significant shareholder value.”

Trump’s successful 2016 presidential campaign relied heavily on his ability to connect with voters through social media, particularly Twitter. That company forced Trump off its platform following the Jan. 6 Capitol riot, claiming that his posts created “the risk of further incitement of violence.”

Earlier this month, Trump’s attorneys filed a motion for preliminary injunction against Twitter and its CEO, Jack Dorsey, asking a federal judge to force the company to reinstate the former president’s account. The filing states that Twitter was “[c]oerced by members of the United States Congress, operating under an unconstitutional immunity granted by a permissive federal statute, and acting directly with federal officials, Defendant is censoring Plaintiff, a former President of the United States.” Twitter has made no comment on the filing.

Trump previously brought lawsuits against Twitter, Google, Facebook, and their respective CEOs in July for barring him from their platforms. He, like many conservatives, has denounced the social media giants’ active censorship of conservative viewpoints, often flagged as “misinformation” on their platforms.

A month prior to the 2020 presidential election, Facebook and Twitter blocked users from sharing a bombshell report by the New York Post alleging that Hunter Biden attempted to peddle his influence as a means of connecting a Ukrainian businessman with his father, then Vice-President Joe Biden. Hunter Biden and the Ukrainian businessman both served on the board of Burisma, a Kiev-based gas company.

The suppression of the story sparked outrage among conservatives who accused the companies of deliberately meddling in a presidential election. Dorsey later referred to the decision to block the story as a “mistake,” calling it a “process error.” The Federal Election Commission ruled that Twitter did not violate election laws when it blocked users from sharing links to the Hunter Biden story, according to the New York Times.