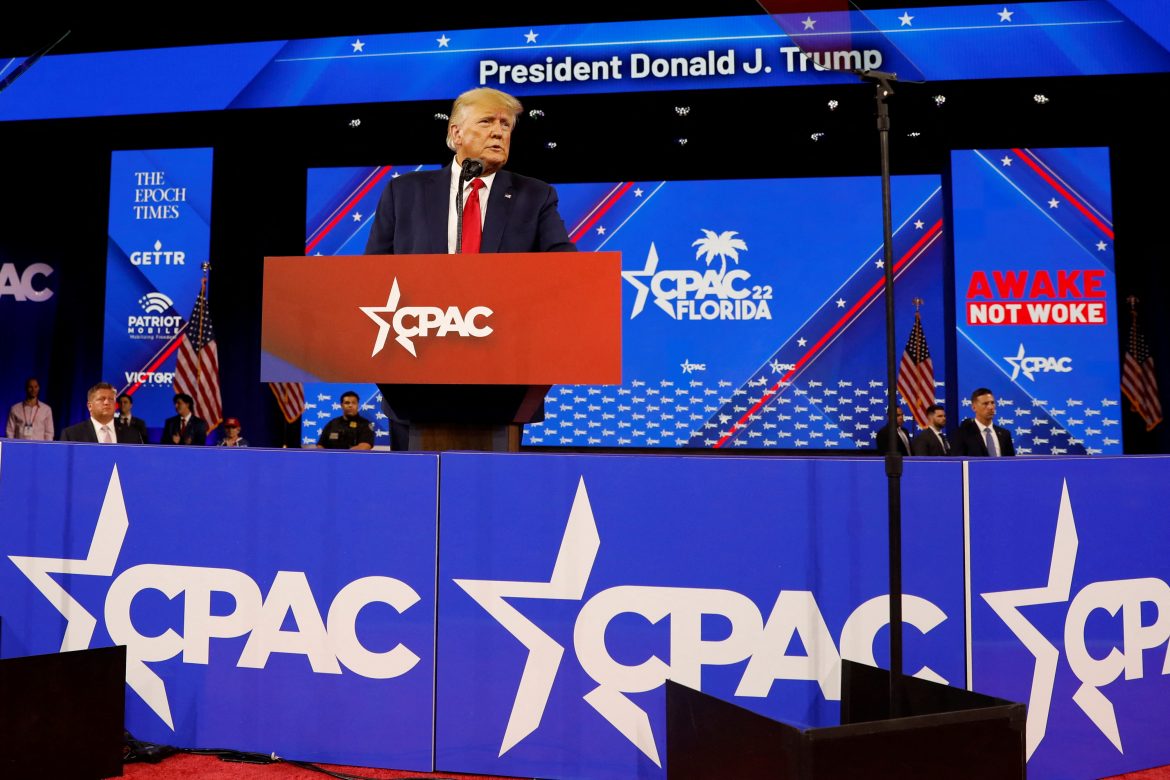 Some 59% of attendees at the CPAC conservative conference in Florida want former Republican President Donald Trump to be the party’s 2024 presidential candidate, according to a straw poll released on Sunday.

Underscoring the unparalleled sway Trump enjoys over the Republican base, his closest rival, Florida Governor Ron DeSantis, garnered 28% of votes at the Conservative Political Action Conference gathering in Orlando.

CPAC tends to draw from the more conservative wing of the Republican Party, and its polls are not necessarily a reliable predictor of the eventual nominee. Senator Ted Cruz of Texas, for instance, beat out rivals in its 2016 straw poll but Trump ended up clinching the nomination.

Last year in Orlando, Trump reportedly garnered 55% of votes, more than twice as many as DeSantis, who was also a featured speaker. Trump then reportedly received 70% of votes at CPAC’s summer gathering in Dallas last July.

Trump has yet to say whether he will run in 2024, although he has heavily hinted that he will and is already an important political force ahead of November’s congressional elections.

Still, he is facing multiple legal investigations that could complicate a potential presidential run.

In a straw poll question that omitted Trump, DeSantis garnered 61% of votes.

Many CPAC attendees said DeSantis, a 43-year-old former lawyer with three young children and a wife who has been battling breast cancer, could easily wait and run for president in 2028.

“DeSantis, we’d like to keep him as governor here. I want Trump to run and win,” said CPAC attendee Tom Freeman, 66, who works at a retail company in Florida.