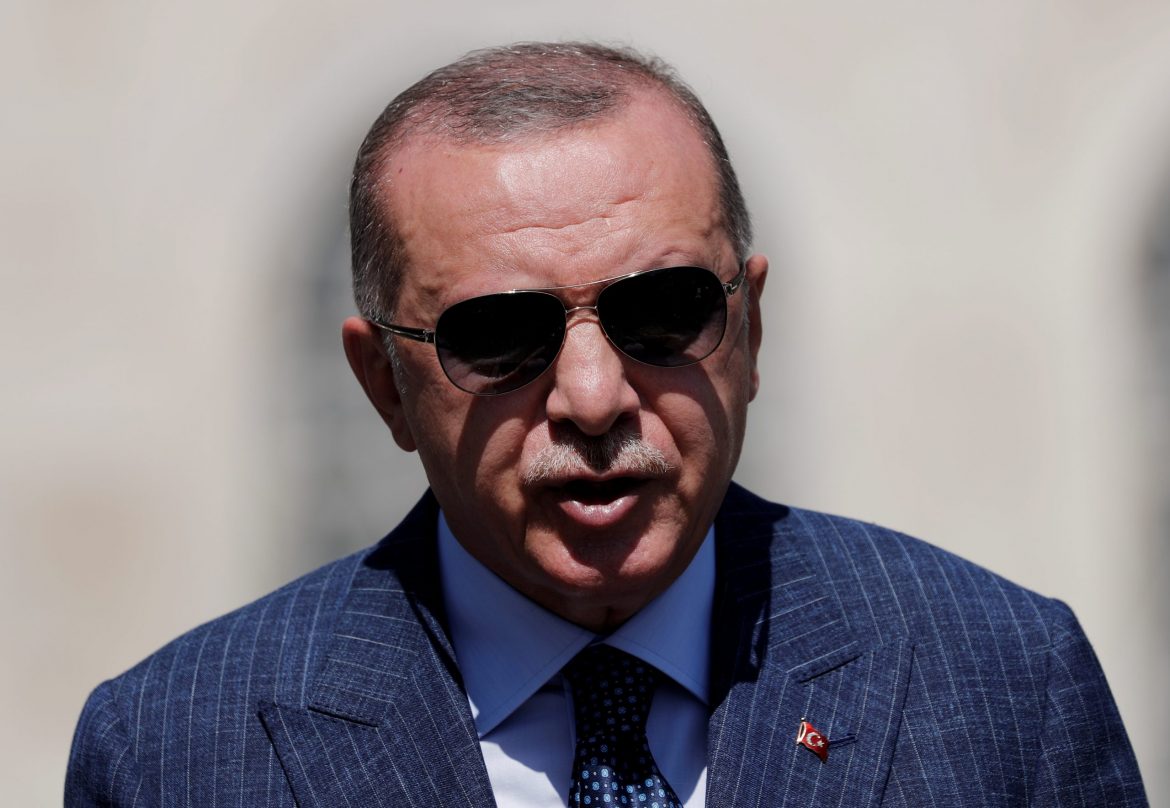 Trials of U.S. citizens and consulate workers in Turkey have been among many discord sources between the NATO allies, whose ties have deteriorated over differences in policy in Syria and Ankara’s purchase of a Russian missile defense system.

Concerns over their relationship came into the spotlight in recent weeks as Turkey tested the S-400 missile system, prompting a furious response from Washington.

In a final defense on Tuesday, Mete Canturk denied being a follower of the U.S.-based cleric Fethullah Gulen, blamed by Turkey for the failed 2016 coup, and said his job required coordinating with local officials on security issues.

“Upon my manager’s orders, I met people I needed to meet as part of my job. The people in these positions are civil servants appointed by the government,” he said. “It is not possible for me to know if these people were involved in a crime,” he said, his voice shaking as he teared up at one point.

His wife Sevim and daughter Irem, also charged with membership of a terrorist organization, were acquitted.

They said they had initially been detained because police could not find Canturk and were held for nine days. They said they were told they were not involved with the investigation but were later charged along with him.

Officials say Gulen’s followers, a former ally of President Tayyip Erdogan, infiltrated the police, judiciary, military, and other institutions. Turkey considers the network to be a terrorist organization. Gulen has denied any involvement in the coup attempt.

Canturk is the third U.S. consulate worker to be convicted. Hamza Ulucay was sentenced to 4-1/2 years in prison on terrorism charges. Metin Topuz, a translator for the U.S. Drug Enforcement Administration at the consulate in Istanbul, was sentenced in June to nearly nine years in jail for aiding Gulen’s network.

Analysts say the relationship between Ankara and Washington could be further strained if Joe Biden, the Democratic candidate and front-runner wins the U.S. presidential election on November 3.

Sourced from Reuters American Wire and edited for brevity.