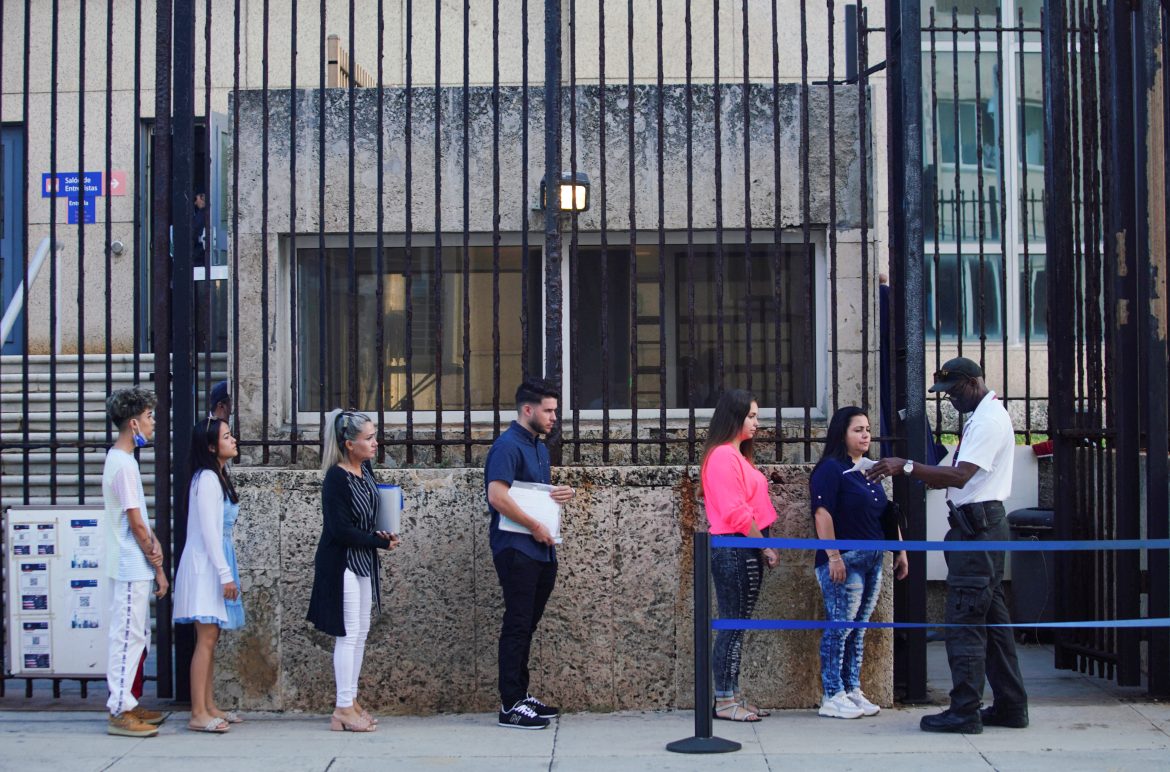 Twenty Republican states, led by Texas, filed a lawsuit on Tuesday against the Biden administration, saying its expanded immigration policy is illegal.

Under Biden’s new policy, up to 30,000 migrants from the four countries would be granted entry as long as they have not entered the U.S. illegally, can prove they have a sponsor who will fund their expenses while in the country, and pass a background check. They would be able to receive work authorization and stay for two years.

President Biden simultaneously announced a deal wherein the U.S. plans to expel the same number of migrants, 30,000, from those same four countries who attempt to enter the country illegally. Mexico has agreed to accept the expelled migrants.

Current immigration law states that immigration “parole is not intended to be used solely to avoid normal visa processing procedures and timelines, to bypass inadmissibility waiver processing, or to replace established refugee processing channels.” Eligibility for the program is looked at on “a case-by-case basis,” and requires “there [to be] urgent humanitarian or significant public benefit reasons for the beneficiary to be in the United States.”

The Republican-led lawsuit contends that the “parole program established by the [Biden administration] fails each of the [existing] law’s three limiting factors. It is not case-by-case, is not for urgent humanitarian reasons, and advances no significant public benefit.”

The states say the new policy effectively installs a “new visa program” for thousands of individuals who would “otherwise have no basis” for entering the U.S., permitting “potentially hundreds of thousands of additional aliens to enter … already overwhelmed territories.”

They claim that the current administration is overstepping its legal authority.

“The [administration] does not have the authority to invite more than a third of a million more illegal aliens into the United States annually as it has announced with this program,” the lawsuit states.

The expanded program comes at a time when migrant encounters at the country’s southwest border reached all-time highs for the month of December. Customs and Border Patrol data reported “251,487 encounters,” which is a “monthly record high,” according to CBS News.

Sen. Ted Cruz tweeted on Sunday about the crisis at the border.

“Since President Biden took office, the southern border has been an absolute catastrophe,” Cruz wrote. “Last month over 250,000 illegal aliens flooded into America, the highest number ever.”

Since President Biden took office, the southern border has been an absolute catastrophe.

Last month over 250,000 illegal aliens flooded into America – the highest number EVER.
#BidenBorderCrisis