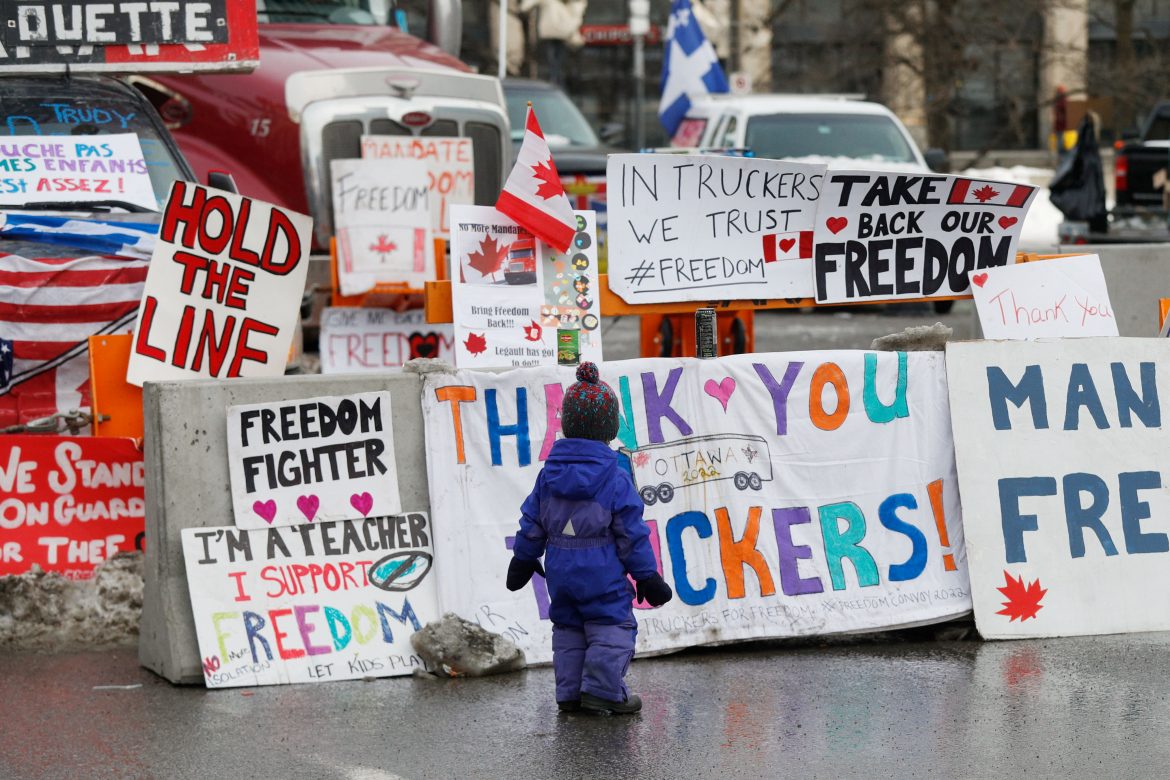 As Canadian Freedom Convoy demonstrators enter their 13th day of protests, their efforts to pressure lawmakers into rescinding strict COVID-19 health protocols appear to have yielded a partial victory. While protesting truckers continue to block major arteries on the Canada-U.S. border and streets surrounding the Canadian capital, despite a crackdown from the Ottawa police, two lawmakers decided to end vaccine mandates in their provinces.

“The time has come to lift COVID-19 health restrictions in Alberta and begin getting back to normal,” Kenney said, adding that other health protocols like mandatory masking for children and restrictions on gatherings at restaurants and other public venues will be lifted Feb. 13, and all indoor masking requirements will stop March 1.

Saskatchewan Premier Scott Moe made a similar announcement, notifying his constituents that beginning Feb. 14, they will no longer be required to provide proof of vaccination or negative tests.

“It’s time to heal the divisions over vaccination in our families, in our communities and in our province,” Moe said in a video posted to his Twitter account announcing the changes.

“The benefits of the proof of vaccination policy no longer outweigh the costs, this policy most certainly has run its course, so it’s time for us to take a step back in living with COVID and make every effort to get our lives back to normal.”

The Conservative lawmaker’s announcement makes good on his Jan. 30 promise to end Saskatchewan’s COVID-19 policies, outlined in a letter voicing support for the Freedom Convoy truckers in which he said Canada’s restrictive health protocols place an undue and unnecessary burden on the economy.

Both lawmakers said the time has come to turn over a new page and end divisiveness over vaccine mandates.

“Those divisions are in our families, yes, they are in our communities, but they are across our province and across this nation,” Moe said.

Kenney echoed the sentiment, saying “Now is the time to begin learning to live with COVID. These restrictions have led to terrible division.”

Kenney acknowledged that Canadians likely haven’t seen the end of COVID-19, with the emergence of new variants a distinct possibility, but said that “restrictions, mandates, and those kinds of interventions will not and must not become a permanent feature of our lives.”

Trudeau, who went from calling the protesters a “fringe group” to accusing them of serving as a “blockade” to democracy bent on harassing locals with “violent” imagery, continues to refuse to meet with demonstrators to hear their concerns. He issued a stern warning during an emergency debate in the House of Commons on Monday night that the protests “must stop,” and recounted complaints from locals whom he says are being harassed by people brandishing images of swastikas and Confederate flags.

Trudeau appeared to have relented somewhat Tuesday during a Canadian Press interview after truckers showed no sign of backing down. Speaking through a mask, Trudeau said he understands “how frustrated everyone is” and that “the time is coming when we will be able to relax” mandates while making a case for them in the next breath.

It remains to be seen if the Prime Minister will show further signs of cracking as pressure mounts with the Alberta and Saskatchewan decisions and Quebec MP Joël Lightbound shocking decision on Tuesday to resign. Lightbound was member of Trudeau’s own Liberal party, who accused the Prime Minister of creating division among Canadians after Trudeau sparked outrage for painting anti-mandate demonstrators as “swastika wavers.”

“Where the hell are we heading here in Canada?”

Demonstrators have reiterated that they intend to continue their protest until their voice is heard.