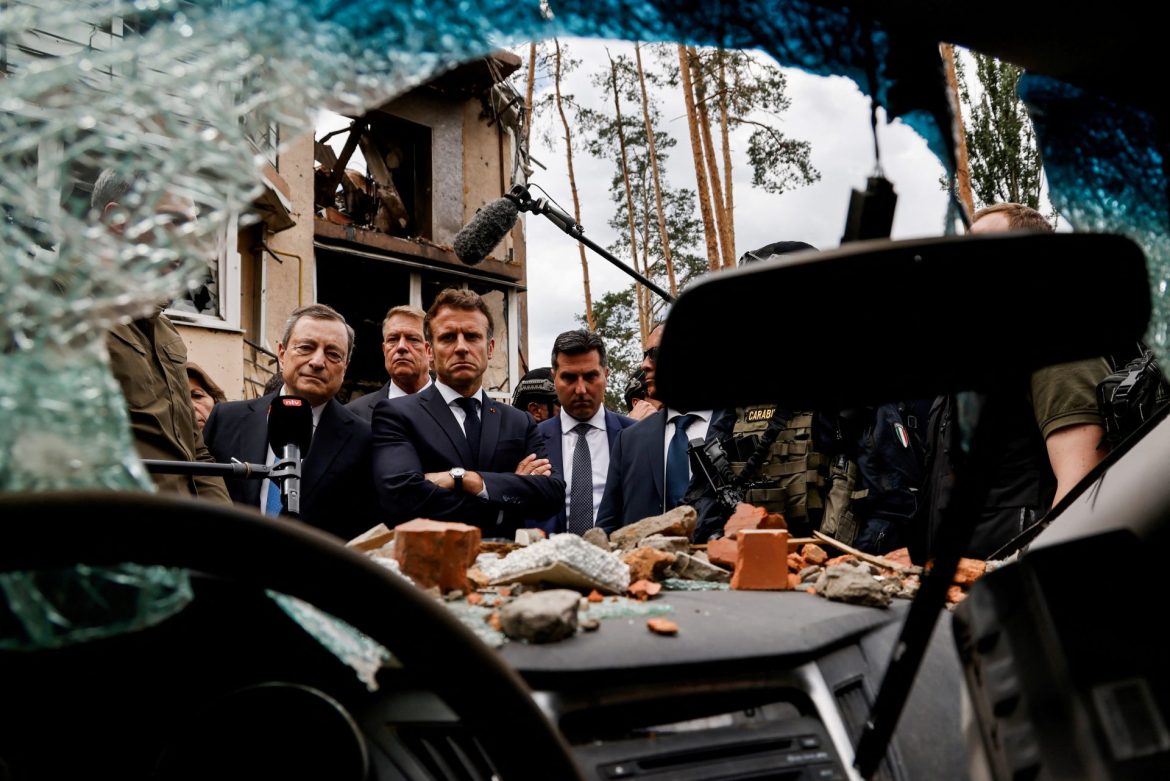 Alexander Drueke, 39, and Andy Huynh, 27, both from Alabama, were taken prisoner during a fierce battle in a village outside of Kharkiv after their 10-man squad encountered a much larger Russian force, the U.K.’s Telegraph newspaper reported.

An unnamed source who fought with the men said the squad received bad intel that the village was clear when, in fact, the Russians had already launched an assault.

Drueke is a U.S. Army veteran who served in Iraq. Huynh, a former Marine, left to fight in Ukraine in April, according to Alabama ABC affiliate WAAY.

Drueke’s mother said he suffers from PTSD and was struggling to hold down a job before he decided to go to Ukraine.

“The US Embassy have [sic.] assured me that they are doing everything they can to find him and that they are searching for him alive, not dead,” Lois Drueke said. “I am doing my best not to fall apart; I am going to stay strong. I am very hopeful that they will keep him to exchange [him] for Russian POWs.”

The disturbing news follows reports that two Britons and a Moroccan national captured by Russian soldiers while fighting in Ukraine were each sentenced to death last week in a court in the self-declared Donetsk People’s Republic.

U.S. Defense Secretary Lloyd Austin said that Russia’s invasion of Ukraine is at a “pivotal” moment and that the United States and its allies must not lose focus on the nearly four-month-long conflict. The remarks were made Wednesday at a meeting of dozens of defense leaders on the sidelines of a NATO ministerial gathering in Brussels, according to Reuters.

“We can’t afford to let up and we can’t lose steam. The stakes are too high,” Austin said. “Ukraine is facing a pivotal moment on the battlefield… Russia is using its long-range fires to try to overwhelm Ukrainian positions.”

The White House on Wednesday announced that it will send an additional $1 billion in new weapons shipments and $225 million in humanitarian assistance to Ukraine on top of the $54 billion the U.S. has spent on the country since the war began. The latest weapons package will include coastal defense systems, artillery ammunition, and more rocket launchers.

NATO-supplied weapons shipments have been slow to reach Ukraine, with Kyiv officials urging the West to expedite the process and send in additional and more advanced weapons systems as Moscow continues to dominate in its eastern offensive.

“In the media, you see reported that Ukraine is taking 100 killed and 100 or 200 or 300 wounded per day. I would say those are in the ballpark of our assessments,” he said.

Asked if Ukraine could sustain the fight in light of such losses, he replied, “For Ukraine, this is an existential threat. They’re fighting for the very life of their country. So, your ability to endure suffering — your ability to endure casualties — is directly proportional to the object to be attained. If the object to be attained is survival of the country, then you’re going to sustain it — as long as they have leadership, and they have the means by which to fight.”