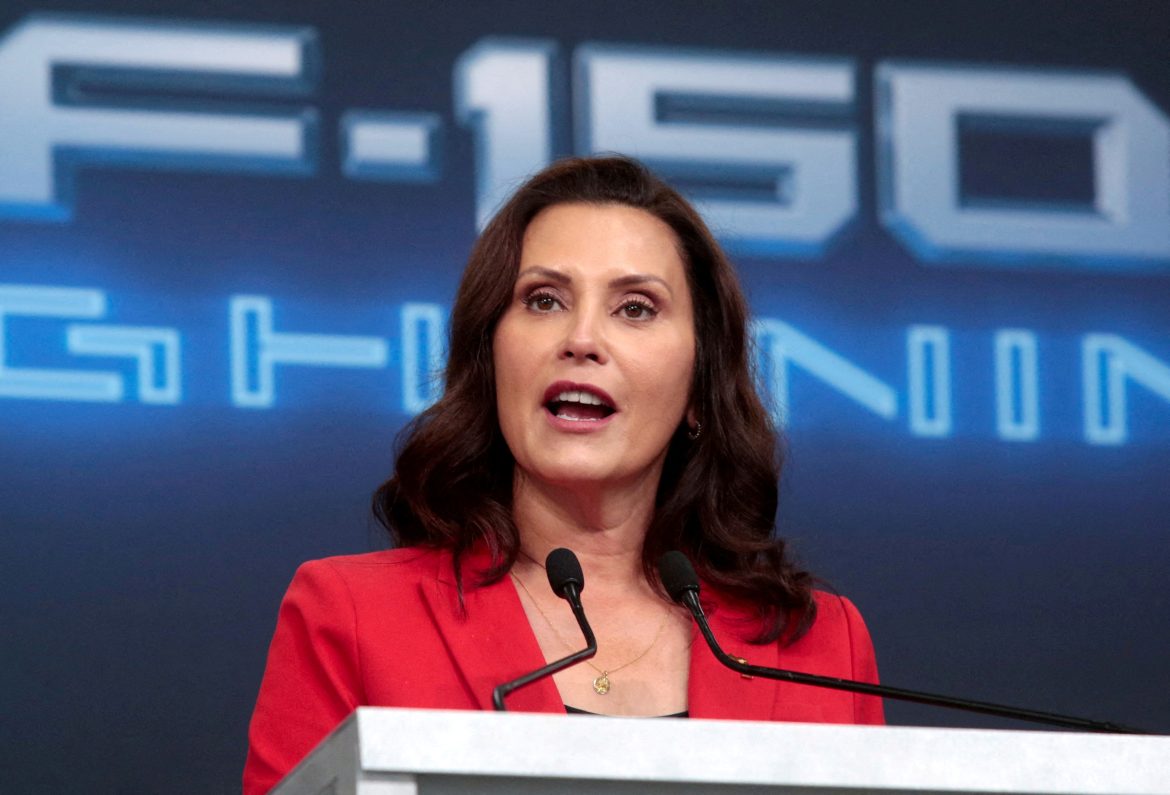 A not guilty verdict was handed down on Friday for two men accused of plotting to kidnap Michigan Gov. Gretchen Whitmer. Daniel Harris and Brandon Caserta were two of four charged and tried before a federal jury for the alleged crimes. The other two defendants had both their cases declared a mistrial.

“Obviously we’re disappointed in the outcome,” U.S. Attorney Andrew Birge said outside court on Friday afternoon. “We thought that the jury would convict beyond reasonable doubt based on the evidence we put forward.”

The U.S. attorney seemed to indicate that they would retry the counts where the jury was undecided. “We have two defendants that are awaiting trial and we’ll get back to work on that,” Birge said before walking away from reporters.

Mike Hills, the attorney for Caserta, celebrated his client’s verdict, calling the trial the result of aggressive FBI informants.

“I think what the FBI did is unconscionable,” Hills told reporters. “And I think the jury just sent them a message loud and clear.”

Hills reiterated what he asserted in trial, that his defendants were engaged in nothing more than “rough talk” and that their discussions were protected under the First Ammendment.  “We have the freedom to say that,” Hills said. ” If I don’t like the governor and its rough talk, I can do that in our country. That’s what’s beautiful about this country. That’s what’s great about it.”

NBC and other media sources reported that the men were part of an “anti-government militia” which the Post referred to simply as a group called the “Wolverine Watchmen.” Prosecutors argued that the defendants planned to abduct Whitmer from her vacation home due to her strict COVID-19 restrictions.

According to The BBC’s report, lawyers for the defense said the talk of a scheme was “smoke and mirrors” and, in reality, it was just the frustrated ramblings of disillusioned men. The defense also said that the men were improperly induced into the crime by undercover FBI agents.

In their case, the defense said that FBI informant, Daniel “Big Dan” Chappel, infiltrated the group as a “double agent,” befriending and radicalizing the men to advance the plot.

Despite the backlash from her aggressive COVID-19 policing policies, Whitmer has not backed down or recanted her policies, saying, “The plots and threats against me, no matter how disturbing, could not deter me from doing everything I could to save as many lives as possible by listening to medical and health experts.”

The chief of staff for Whitmer, JoAnne Huls, called the results of the trial a sad side effect of the increasingly partisan politics. “Today, Michiganders and Americans — especially our children — are living through the normalization of political violence,” Huls said.

“The plot to kidnap and kill a governor may seem like an anomaly. But we must be honest about what it really is: the result of violent, divisive rhetoric that is all too common across our country. There must be accountability and consequences for those who commit heinous crimes. Without accountability, extremists will be emboldened.”