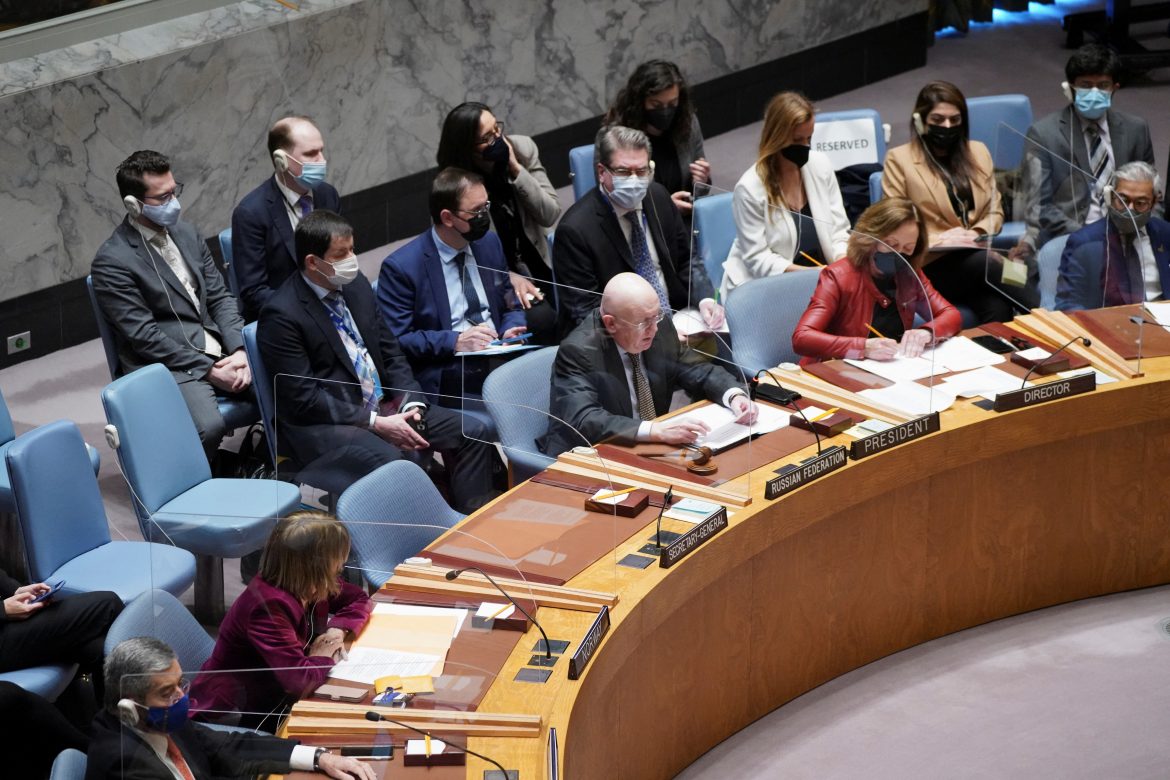 The United Nations Security Council on Sunday called for a rare emergency special session of the 193-member General Assembly on Russia’s invasion of Ukraine, which will be held on Monday, as western allies step up a diplomatic campaign to isolate Moscow.

The vote by the 15-member council was procedural so Russia could not wield its veto. A resolution convening the General Assembly session was adopted with 11 yes votes. Russia voted no, while China, India and the United Arab Emirates abstained.

The move is the latest in a flurry of diplomacy at the United Nations in New York. It follows a Russian veto on Friday of a draft council resolution that would have deplored Moscow’s invasion of Ukraine. China, India and the United Arab Emirates abstained, and the remaining 11 members voted yes.

The General Assembly is expected to vote on a similar resolution as soon as Wednesday, U.S. Ambassador to the United Nations Linda Thomas-Greenfield told NBC’s Meet the Press on Sunday. No country has a veto in the General Assembly.

While General Assembly resolutions are non-binding, they carry political weight. The United States and allies see action at the United Nations as a chance to show Russia is isolated because of its invasion of neighboring Ukraine.

They will be looking to improve on the 100 countries who voted in favor of a General Assembly resolution in March 2014 after Russia annexed Ukraine’s Crimea region. That resolution declared invalid a referendum on the status of Crimea.

The vote will be come at the end of the emergency special session. It will only be the 11th such General Assembly session convened since 1950.

The Security Council is also set to meet again on Monday for a briefing on humanitarian needs of civilians in Ukraine, requested by France, the United States, Britain, Norway, Albania, Ireland and Mexico. It will be the 5th meeting of the council on Ukraine in the past week.

Russia would be in a position to block the move if it chooses. It is council veto power along with the United States, France, Britain and China.