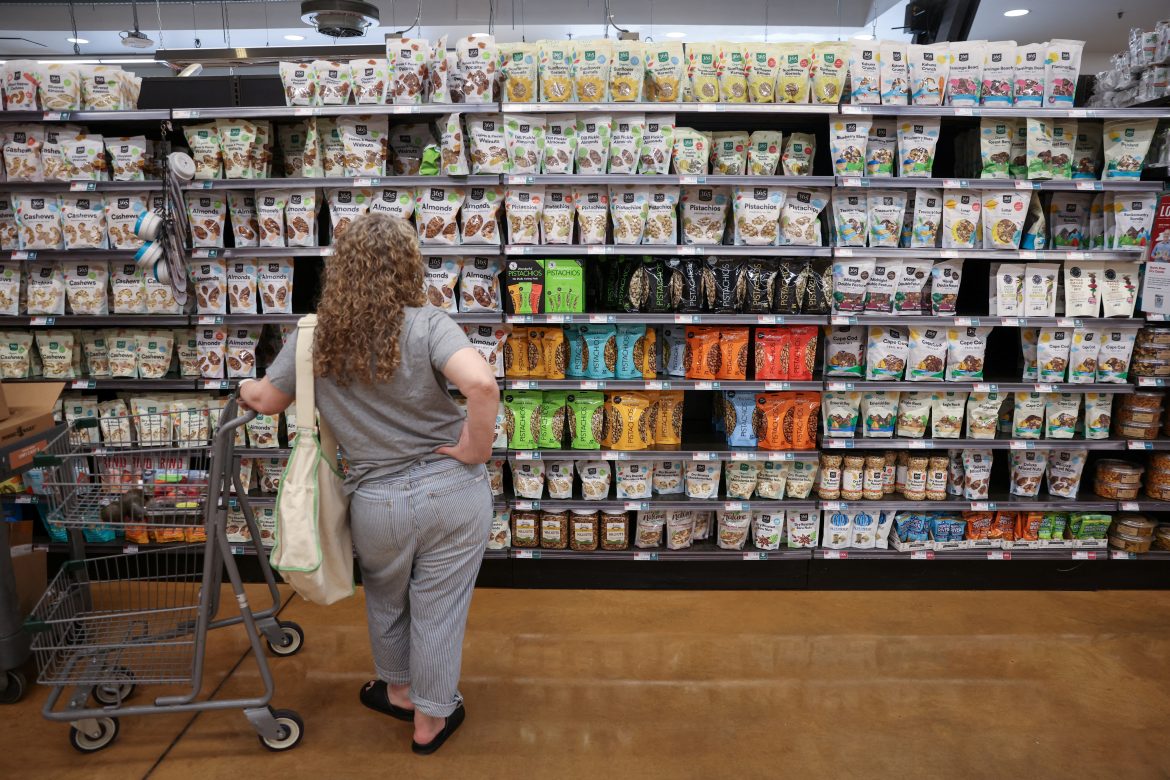 U.S. consumer prices accelerated in May as gasoline prices hit a record high and the cost of food soared, leading to the largest annual increase in nearly 40-1/2 years, suggesting that the Federal Reserve could continue with its 50 basis points interest rate hikes through September to combat inflation.

The faster-than-expected increase in inflation last month reported by the Labor Department on Friday also reflected a surge in rents, which increased by the most since 1990. The relentless price pressures are forcing Americans to change their spending habits and will certainly heighten fears of either an outright recession or a period of very slow growth.

High inflation also poses a political risk for President Joe Biden and his Democratic Party heading into the mid-term elections in November.

“There’s little respite from four-decade high inflation until energy and food costs simmer down and excess demand pressures abate in response to tighter monetary policy,” said Sal Guatieri, a senior economist at BMO Capital Markets in Toronto. “The Fed might still raise policy rates ‘just’ 50 basis points next week, but it could easily ratchet up the pace beyond then if inflation keeps surprising to the high side.”

Gasoline prices rebounded 4.1% after falling 6.1% in April. Prices at the pump shot up in May, averaging around $4.37 per gallon, according to data from AAA. They were flirting with $5 per gallon on Friday, indicating that the monthly CPI would remain elevated in June.

Economists polled by Reuters had forecast the monthly CPI picking up 0.7%. In the 12 months through May, the CPI increased 8.6%. That was the largest year-on-year increase since December 1981 and followed an 8.3% advance in April. Economists had hoped that the annual CPI rate peaked in April.

The inflation report was published ahead of an anticipated second 50 basis points rate hike from the Fed next Wednesday. The U.S. central bank is expected to raise its policy interest rate by an additional half a percentage point in July. It has hiked the overnight rate by 75 basis points since March.

Underlying inflation was equally strong last month as prices for services like rentals, hotel accommodations, and airline travel maintained their upward push. There had been hope that the shift in spending from goods to services would help to cool inflation. But a tight labor market is driving up wages, contributing to higher prices for services.

Excluding the volatile food and energy components, the CPI climbed 0.6% after advancing by the same margin in April.

The so-called core CPI increased 6.0% in the 12-months through May. That followed a 6.2% rise in April. Inflation by all measures has far exceeded the Fed’s 2% target.

The core CPI was lifted by rents, with owners’ equivalent rent of primary residence, which is what a homeowner would receive from renting a home, rising a solid 0.6%. That was the largest increase since August 1990.

Consumers also paid more for household furnishings and operations as well as recreation. Apparel prices rose 0.7%. There were also increases in the cost of motor vehicle insurance, personal care, education, and tobacco.