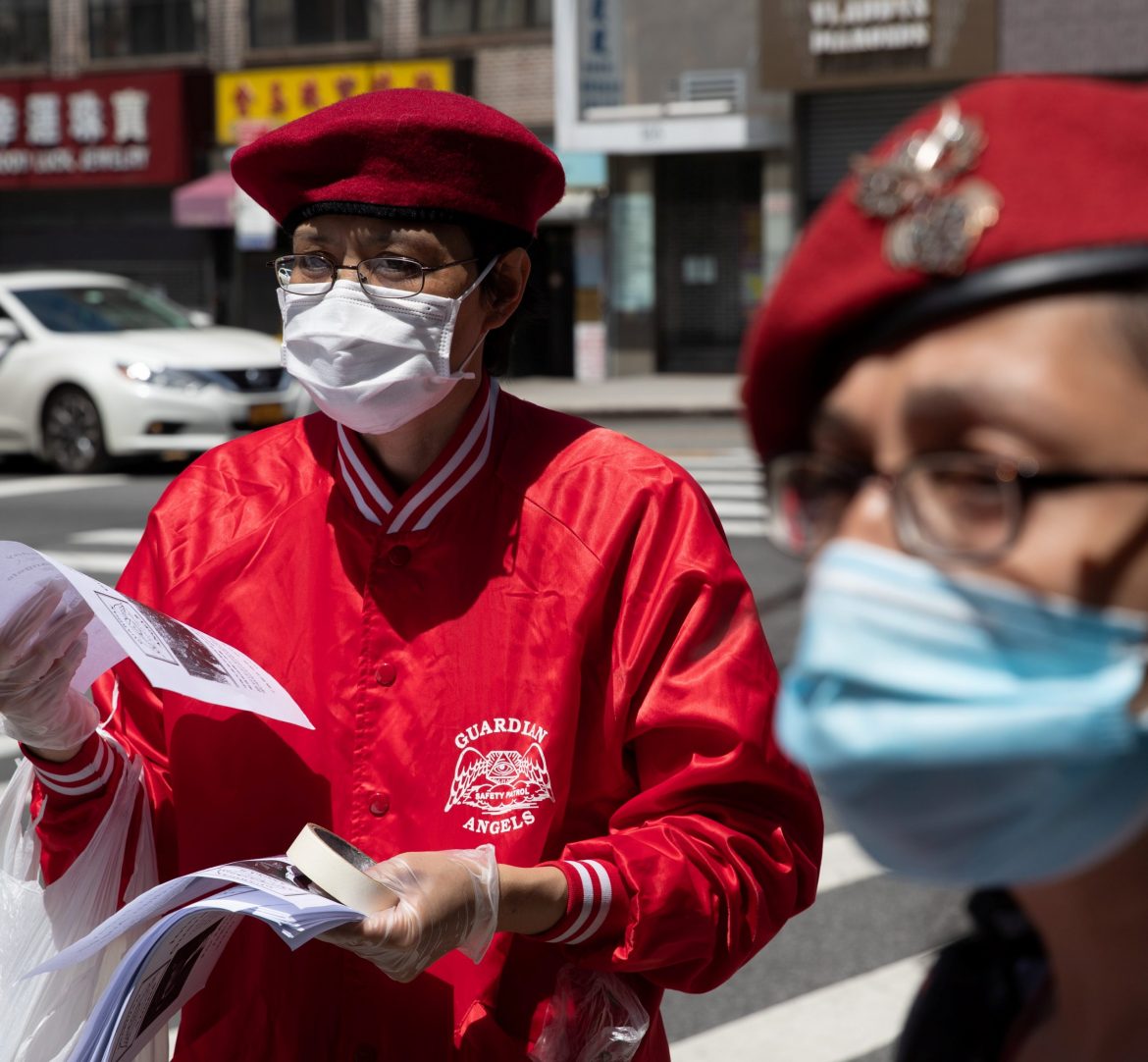 A spike in harassment of Asian-Americans since the coronavirus pandemic began has led community activists in the United States to fight back – forming street patrols, rallying on social media, and supporting each other online.

Asians of varying national backgrounds have suffered a surge of attacks this year, which activists linked to the pandemic’s emergence in China. Some said they feared harassment could worsen in a U.S. election year, with U.S.-China tensions ratcheting up over trade, Hong Kong, and the coronavirus.

“When China is made the enemy, people who look like Chinese are the enemy. The economy is tanking, people are dying. They’re angry and fearful and want to take it out on Asian Americans even more,” said Russell Jeung, professor of Asian-American studies at San Francisco State University.

Since March 19, over 1,800 cases of harassment related to the coronavirus pandemic have been reported to Stop AAPI Hate, a website Jeung created with two advocacy groups.

Nine out of 10 victims were targeted because of their race, with 37% of incidents taking place in public areas, the organization said. Verbal harassment and shunning occurred in over 90% of the cases. Victims were physically assaulted, or coughed or spat on, in some 15% of cases.

Some of the harassment has taken place inside of stores, Jeung said, adding that Stop AAPI Hate is working with retailers to figure out how to ensure safe access for customers.

The New York City Commission on Human Rights this week launched a multilingual campaign to combat COVID-19-related discrimination after it received over 350 such complaints from Feb. 1 to May 15. Of these, 133, or 37%, targeted Asians. That compared with just 11 complaints of discrimination targeted at Asians during the same period in 2019.

The FBI has warned of a rise in hate crimes against Asian-Americans since the coronavirus pandemic began, according to media reports citing internal documents.

In some Chinatowns, volunteer patrols are forming to protect residents and confront harassers. The Guardian Angels, with patrols in over 130 cities worldwide, are recruiting in U.S. Asian communities for the first time in 41 years. Members include seniors and women, who are often targets of abuse.

“It’s boring at home. I might as well do something,” said laid-off dental assistant Sara Chin. The 46-year-old also patrols with New York’s Chinatown Block Watch.

“We can break the old habits, old patterns, and outdated stereotypes,” Louie said. “We have assisted in aiding the community to step out of the shadows and feel more empowered.”

The San Francisco Police Department has expanded its presence on foot and in cars around the city to act as a deterrent against such crimes, it said in a statement.

In New York, flyers and posters emblazoned with the words ‘Don’t be cruel’ were created by Shirley Ng and her friends for display on Chinatown storefronts, with pointers on how to report a crime.

“I don’t have to wait for support. It’s my community,” said Ng, an events assistant at the Asian American Legal Defense and Education Fund.

The campaigns recall the Pan-Asian U.S. civil rights movement in 1982, when Japan was blamed for the Detroit auto industry’s downturn, said Helen Zia, a journalist-activist at the forefront of that wave.

Vincent Chin, a 27-year-old draftsman celebrating his upcoming wedding, was brutally beaten that year by two disgruntled autoworkers and died. The court sentence of a $3,000 fine and three years’ probation, with no jail time, sparked outrage in the community and beyond.

“When he was attacked and killed it was very clear it was because of what he looked like. Japan was labeled as the enemy. We’re so starkly similar today,” Zia said.

“My generation has no problem being loud,” digital entrepreneur Bing Chen, 32, said at a virtual rally by non-profit Act To Change on May 18, Vincent Chin’s birthday.

Hashtags like #RacismIsAVirus and #UnapologeticallyAsian are being shared and printed on T-shirts. #HATEISAVIRUS, created in late March by three millennials who connected via Instagram, is now a non-profit organization. It raised $16,000 in a virtual rally last week for small businesses hurt by the pandemic, said co-founder Tammy Cho, 25.

The hashtags “try to capture the rising Asian-American pride that has bubbled to the surface during COVID-19,” said Filipino-American Jeremiah Abraham, who heads Tremendous Communications, a marketing company focused on Asian-American entertainment.

“We want to harness the power of social media as the #MeToo movement has, especially when we can’t march and rally,” she said.