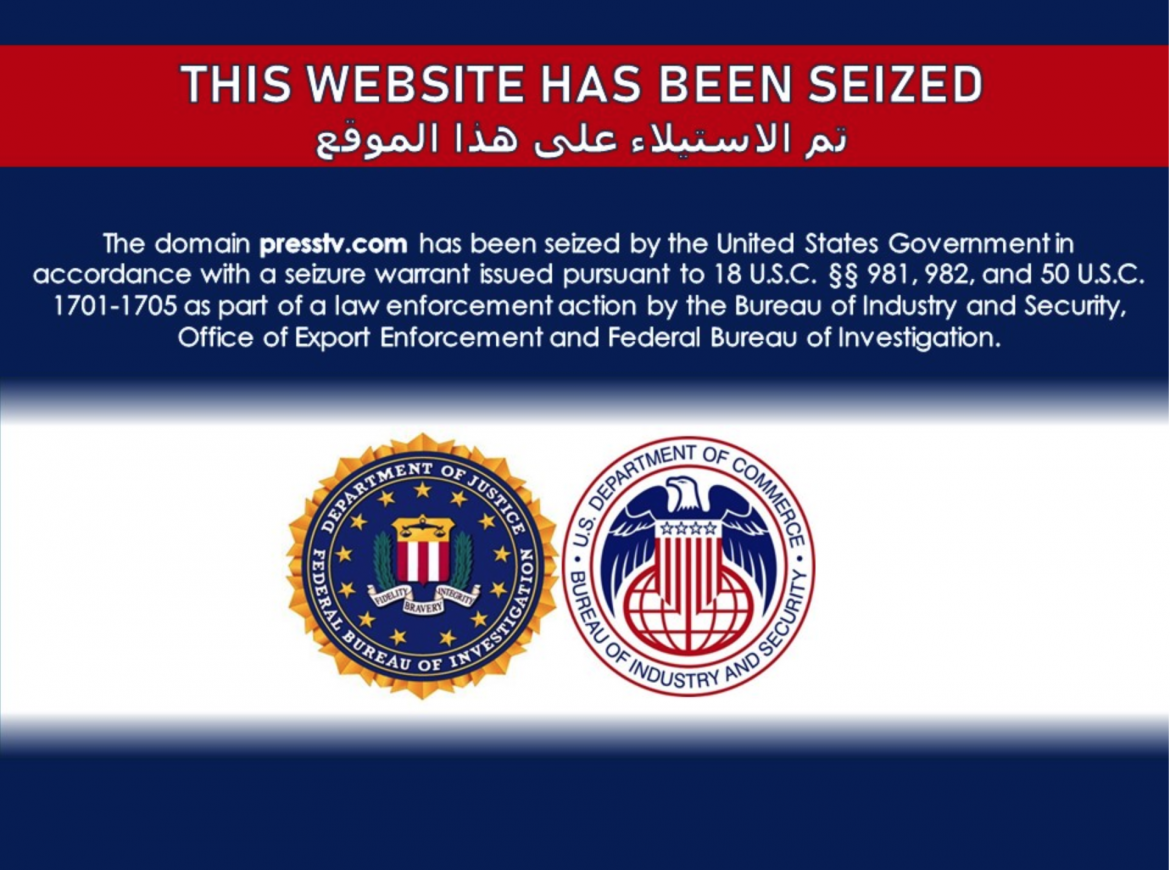 The U.S. Justice Department has allegedly taken control of several Iranian media sites, making the websites inaccessible. This seizure of Iranian domains comes as Iran elected its new president, Ebrahim Raisi, who is personally subject to sanctions from the US due to his history of human rights abuses.

American Military News reports; “Currently, the websites for Press TV, the Islamic Republic of Iran Broadcasting’s (IRIB) Al-Alam TV channel and the Yemeni Al-Masirah TV — which is operated by the Iran-linked Yemeni Houthi movement — all have a Department of Justice disclaimer image announcing the website seizures.”

Visitors to these sites will be greeted by a screen saying the domain “has been seized by the United States Government in accordance with a seizure warrant issued pursuant to the 18 U.S.C. §§ 981, 982, and 50 U.S.C. 1701-1705 as part of a law enforcement action by the Bureau of Industry and Security, Office of Export Enforcement and Federal Bureau of Investigation.”

The United States has yet to officially confirm the action or provide any details as to why the site’s seized.