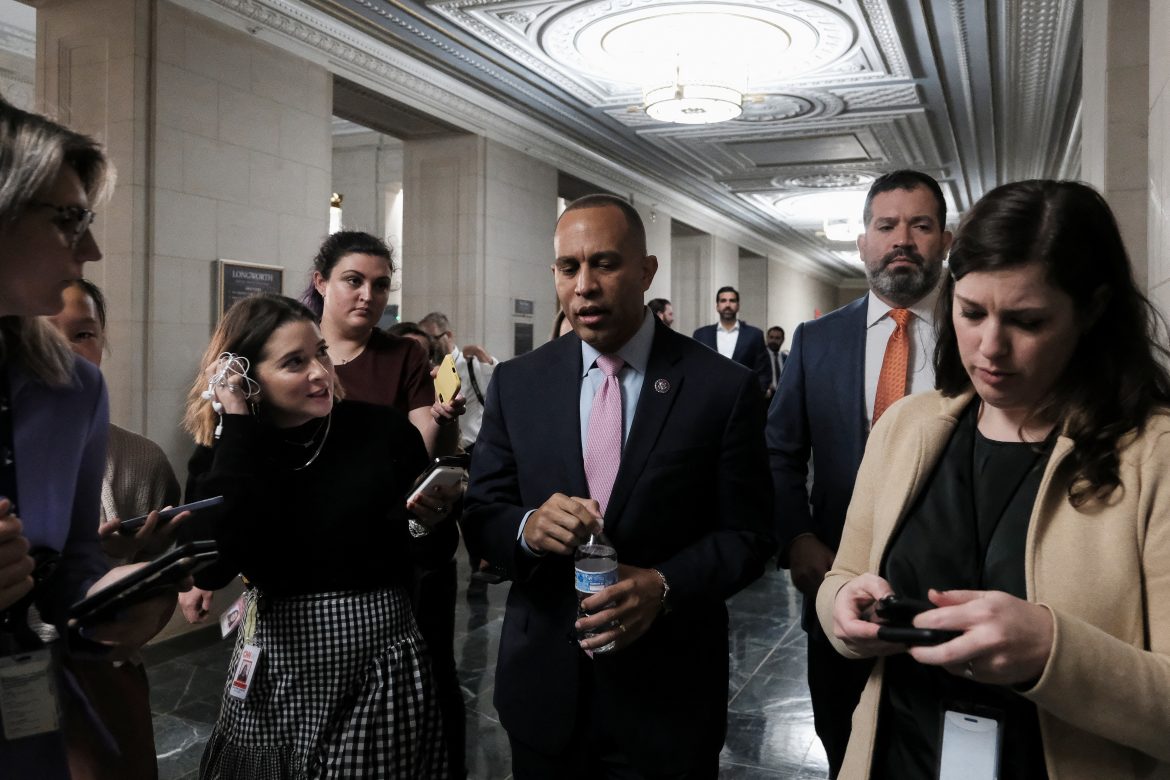 Hakeem Jeffries was unanimously elected on Wednesday to become the Democratic Party’s top leader in the U.S. House of Representatives beginning in January, making him the first black American to hold such a high-ranking position in Congress.

The vote by Jeffries‘ fellow Democrats also marked the rise of a younger generation of leaders in the 435-member House, and the end of the Nancy Pelosi era and control by other Democrats in their 80s.

Jeffries, a 52-year-old New Yorker, will hold the position of House Democratic leader for the 118th Congress that convenes on Jan. 3.

Jeffries has proven himself to be a proponent of far-left ideology during his time in Congress. He has characterized Republicans as Confederate sympathizers, questioned the legitimacy of the conservative Supreme Court majority, and likened Republican efforts to relocate illegal aliens to sanctuary cities as “human trafficking.”

Despite this record and an ever-volatile relationship between Democrats and Republicans, Jeffries vowed to try to work with Republicans in the House.

“Our commitment is always to extend the hand of partnership whenever and wherever possible, in order to get things done for everyday Americans,” Jeffries said when asked how he will work with Republicans.

Democratic Senate Majority Leader Chuck Schumer said he was not surprised that Jeffries, a fellow Brooklynite, was chosen.

Coming from Brooklyn means “you learn how to work with all kinds of different people. You learn how to stand your ground. You learn to not take things personally,” Schumer said on Wednesday, adding that Jeffries “exemplifies all these traits.”

Jeffries formally announced his candidacy on Nov. 18, following a decade in the House, pledging to preside over a caucus that would return power to committee members and give junior lawmakers more say in shaping legislation and being rewarded with high-profile positions.

Also elected as part of Jeffries‘ team are Representative Katherine Clark, 59, of Massachusetts, who won the No. 2 Democratic job, a post known as “whip.” Californian Pete Aguilar, 43, and a member of the Congressional Hispanic Caucus, was elected to Jeffries‘ current job of Democratic caucus chairman.

Their elections mean that for the first time in either party, the top three party roles are held by women or people of color.

“Together, this new generation of leaders reflects the vibrancy and diversity of our great nation – and they will reinvigorate our Caucus with their new energy, ideas, and perspective,” Pelosi said in a statement congratulating the trio.

The leadership change for Democrats comes as Republicans are set to take majority control of the House as a result of the Nov. 8 midterm elections.

Republicans and their leader Kevin McCarthy, who wants to become the next speaker, have put Democrats on notice that they will hit the ground running, launching investigations of administration officials and President Joe Biden and his son Hunter.

They have been under pressure for years to give way to a younger generation. The moment for that came after Republicans won the majority, but without the “red wave” of wins they had expected.

Their agreement to step down led to a smooth transition of power.

The many politics and controversies surrounding World Cup 2022

Investing in Exchange-Traded Funds For Children