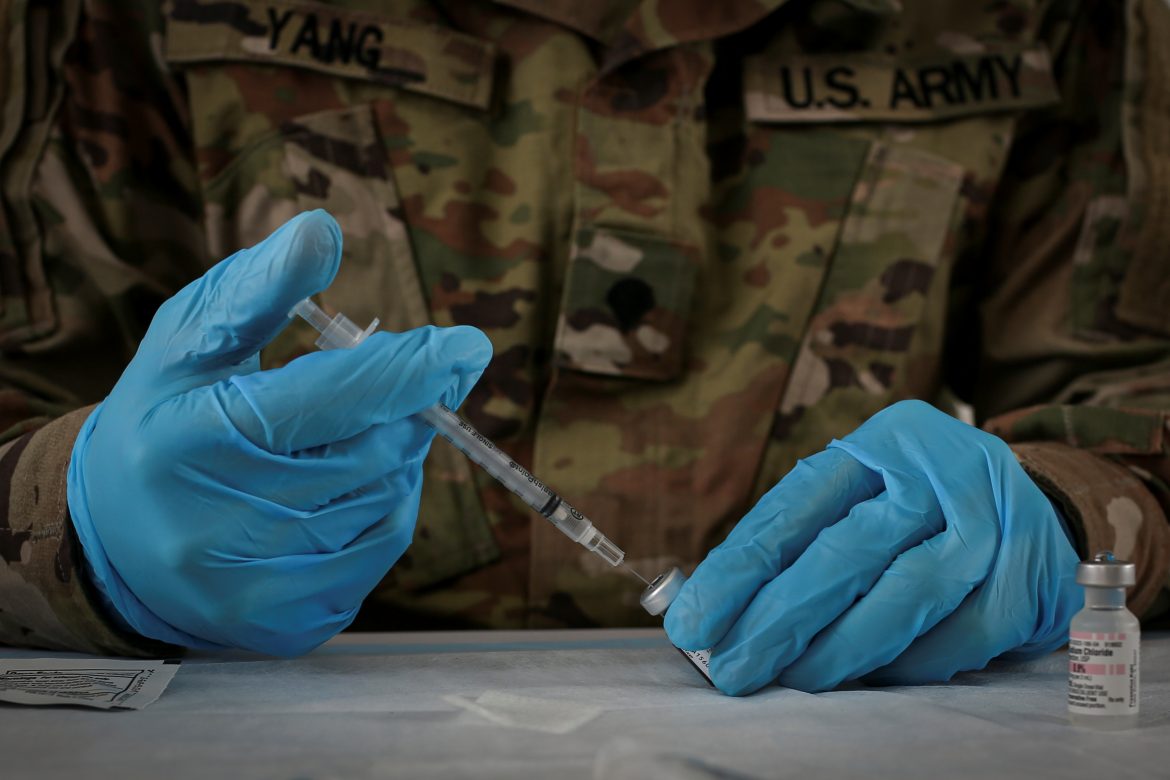 The U.S. House of Representatives overwhelmingly approved a record-high defense budget on Thursday that includes an order to rescind the COVID-19 vaccine mandate for military service men and women.

The House passed the National Defense Authorization Act (NDAA) by a vote of 350-80. The approved budget for next year is a record $858 billion, $45 billion more than President Joe Biden proposed. The annual defense budget bill will now head to the Senate for a vote.

“As a 20-year Navy veteran, I was proud to vote for this year’s NDAA that rescinds the military’s COVID-19 vaccine mandate while strengthening national security priorities,” he wrote.

As a 20-year Navy veteran, I was proud to vote for this year’s NDAA that rescinds the military’s COVID-19 vaccine mandate while strengthening national security priorities.

Title V, section 525 of the bill is titled “Rescission of COVID-19 Vaccination Mandate” and reads:

Not later than 30 days after the date of the enactment of this Act, the Secretary of Defense shall rescind the mandate that members of the Armed Forces be vaccinated against COVID-19 pursuant to the memorandum dated August 24, 2021, regarding ‘Mandatory Coronavirus Disease 2019 Vaccination of Department of Defense Service Members.'”

Despite overwhelming Democratic support in Congress, White Press Secretary Karine Jean-Pierre told reporters on Wednesday that President Joe Biden’s administration does approve of the move to rescind the mandate. She would not confirm whether or not the president would veto a bill that includes the end of the mandate.

“We believe that it is a mistake, what we saw … what we saw happen on the NDAA, as it relates to the vaccine mandate,” Jean-Pierre said.

Multiple Republican senators held a press conference to address the bill. Senator Mike Lee (R.-Utah) said he was elated that the mandate is being rescinded, but that something still must be done for those who have already been discharged.

“I do think that we still have to worry about those who have already been fired,” Lee said. “We are being told by many that the Department of Defense is going to deal with those individuals fairly on a case-by-case basis as things move forward.”

However, Lee said, numerous armed forces members were told something similar when it came to religious exemptions, and yet their exemptions were uniformly rejected. He said he does not see a reason to trust that a similar tactic won’t be taken in dealing with past terminations.

“So I’m going to continue to honor the promise I made … that I’m not going to vote for cloture on this thing unless we’re given a meaningful opportunity to address this issue in this bill,” Lee said.

Breaking the rules on budgeting and spending

Fiscal conservative Rand Paul (R-Ky.) said at the press conference that by way of the annual NDAA, Congress has abdicated its duty to control federal government spending by forcing so much spending into the budgeting bill that no one actually gets a chance to read it all.

“We’re going to get a 3,000-page bill, that will have been given to us an hour or two before [the vote] — I know because this is the way that it works every year. No one will read it,” Paul said. “But what is a guarantee is that it will add over a trillion dollars in debt next year.”

Paul called on Republicans to follow the outlined rules for budgeting and spending bills.

“The system is not working. We are not obeying the rules. We need a budget. We need 12 individual spending bills,” Paul continued.

The power of the purse is the power not to fund things we disagree with. We don’t like 87,000 new IRS agents to harass the middle class. We shouldn’t fund it. But the only way that we’ll defeat it is if we do the budgeting the way it’s supposed to be done.

The bill also includes a 4.6% pay increase for troops, as well as support for Taiwan and Ukraine.