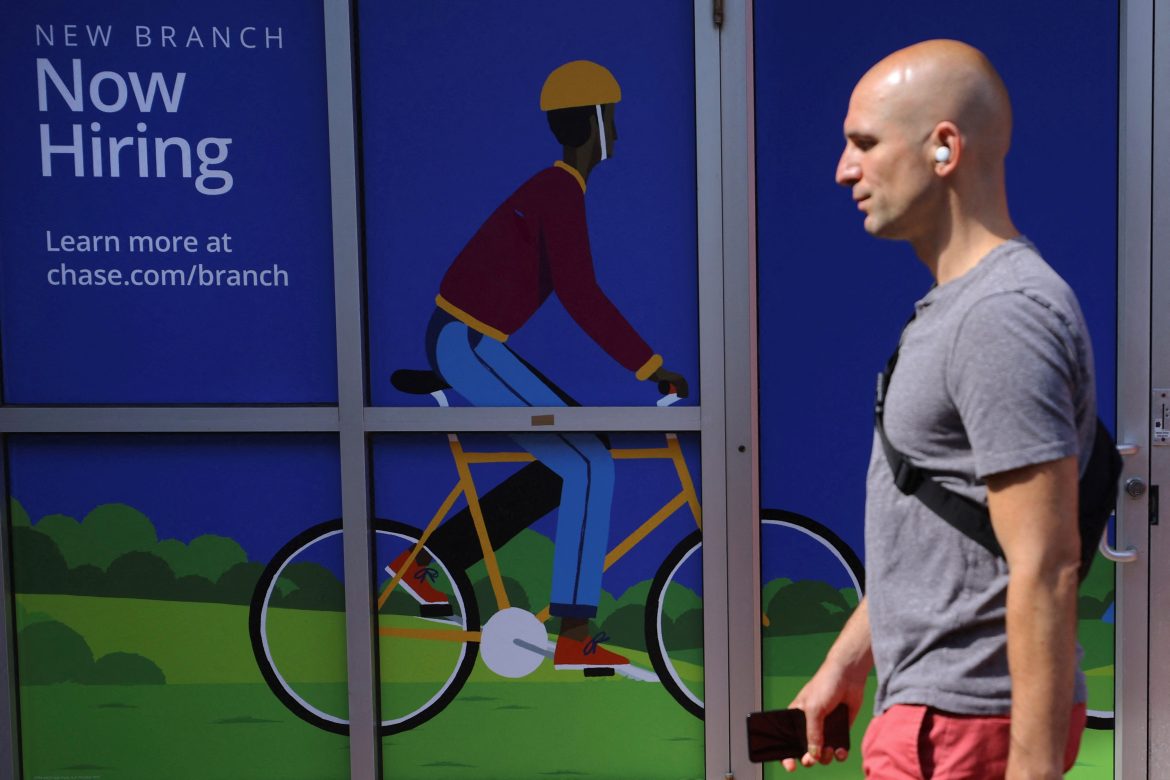 U.S. job openings fell by the most in nearly 2-1/2 years in August, suggesting that the labor market was starting to cool as the economy grapples with higher interest rates aimed at dampening demand and taming inflation.

Despite the fifth month of decreases in job openings this year reported by the Labor Department in its Job Openings and Labor Turnover Survey, or JOLTS report, on Tuesday, vacancies remained above 10 million for the 14th straight month.

While there were 1.7 job openings for every unemployed person in August, down from two in July, this closely watched measure of supply-demand balance in the labor market remained above its historical average. Layoffs also stayed low, signs of a still-tight labor market, which likely keep the Federal Reserve on its aggressive monetary policy tightening path.

“Even as higher interest rates and inflation, and weaker business and consumer confidence are beginning to tamp down labor market activity, the labor market still remains healthy,” said Sophia Koropeckyj, a senior economist at Moody’s Analytics in West Chester, Pennsylvania. “We expect that the Fed is not yet ready to pause.”

Job openings dropped 1.1 million to 10.1 million on the last day of August, the lowest level since mid-2021. August’s decline was the largest since April 2020, when the economy was reeling from the first wave of the COVID-19 pandemic. Economists polled by Reuters had forecast 10.775 million vacancies.

The broad decrease in job openings was led by healthcare and social assistance, with a decline of 236,000. There were 183,000 fewer job openings in other services, while vacancies decreased by 143,000 in the retail trade industry. Fewer job openings were also reported in the financial activities, professional as well as leisure and hospitality industries.

Vacancies in the healthcare and leisure industries declined even though employment in the two sectors remains below its pre-pandemic levels, leading some economists to speculate that other factors besides higher borrowing costs were behind the cool-off in demand for workers.

“The drop in openings could reflect healthcare providers becoming more accustomed to operating under labor shortages and forgoing hiring,” said Veronica Clark, an economist at Citigroup in New York.

All four regions saw decreases, with a big decline in the Midwest. The job openings rate fell to 6.2% from 6.8% in July. Hiring increased moderately, keeping the hiring rate at 4.1%.

Stocks on Wall Street were trading higher. The dollar fell against a basket of currencies. U.S. Treasury prices rose. The Fed is trying to cool demand for labor and the overall economy to bring inflation down to its 2% target. The U.S. central bank has since March hiked its policy rate from near zero to the current range of 3.00% to 3.25%, and last month signaled more large increases were on the way this year.

The drop in job openings was accompanied by an increase in the unemployment rate to 3.7% from 3.5% in July. The jobs-workers gap fell to 2.5% of the labor force, or 4.0 million workers, from 3.4% in July, which could slow wage inflation. It has decreased from 3.6% of the labor force in March.

“The Fed will welcome this apparent decline in excess demand for labor in the hope that it eases wage pressures,” said Conrad DeQuadros, senior economic advisor at Brean Capital in New York. “However, the ratio of job openings to unemployment in August was at about the same level as seen in the fourth quarter of 2021, which at that time was a record high.” The number of people voluntarily quitting their jobs climbed to 4.2 million from 4.1 million in July. Resignations increased in the accommodation and food services industry, where 119,000 more people quit, but decreased by 94,000 in the professional and business services sector.

The quits rate, viewed by policymakers and economists as a measure of job market confidence, was unchanged at 2.8%.

Layoffs rose to 1.5 million from 1.4 million in July. There were increases in retail trade, accommodation, and food services as well as professional services. Layoffs, however, fell in the construction industry. There were fewer layoffs in the Northeast and Midwest. But the South reported an increase, while the West saw a jump, likely reflecting job cuts in the technology sector.

“The heat of the labor market is slowly coming down to a slow boil as demand for hiring new workers fades,” said Nick Bunker, head of economic research at Indeed Hiring Lab. “This is still very much a job seekers’ labor market, just one with fewer advantages for workers than a few months ago.”